Jock Stein, the man who achieved one of British football’s finest feats, Celtic’s 1967 European Cup win, with a team all born within 30 miles of Celtic Park, was born today in 1922. His spell in charge of the Bhoys also brought about (deep breath) 11 Scottish league titles, ten Scottish cups and five Scottish League cups. He tragically died from a heart attack on the touchline as he led Scotland to qualification for the 1986 World Cup final against Wales. Bizarre goings-on in Italy today in 2003 as Libyan dictator Colonel Gaddafi’s son, Al Saadi Gaddafi turned out on the bench for Serie A side Perugia. Papa Gaddafi had no doubt had a word, but Al Saadi didn’t manage to make it onto the pitch, although did get selected for a random drugs test, which he then failed.

Staying in Italy, Serie A kicked off today in 1929. Football had been introduced into the country in the 1880s by English ex-pats and after a couple of early leagues had been disbanded for, surprise, surprise, match fixing allegations, the new Serie A kicked off with the like of Juventus, Lazio and Internazionale all picking up wins in the first week. Inter would go on to pick up the first ever Scudetto. Fast forward to today in2001 and David Beckham put his World Cup ’98 red card demons behind him when he produced a performance for the ages in dragging England to a 2-2 draw against Greece in their vital Word Cup 2002 qualifier. An injury time free-kick ensured that England could start packing their bags for the following summer’s tournament in Japan and South Korea.

An unlikely face was popping up in Scotland today in 2000 as Argentinean striker Claudio Caniggia was unveiled as Dundee’s newest signing. After eight goals and 25 appearances for the Dens Park side, the long-haired speedster he was picked up by Rangers and helped them lift the league title in 2002/03. An eventful day in London in 2000, as Germany beat England 1-0 in the last ever game at the old Wembley Stadium. Then-Liverpool midfielder Dietmar Hamman had the honour of scoring the last ever goal at the famous stadium, but this was overshadowed by Kevin Keegan’s resignation in the toilets following the game.

An England v Poland under-21 game was held up today in 1996 when a suspect package was found at Molineux Stadium. After a two-hour delay in which a bomb squad was called in, it emerged that the small object in silver foil was nothing less than some poor souls sandwich and the game kicked off two hours late. The fans that had waited in the pouring rain probably wish they hadn’t, as the two sides played out a dull 0-0 draw. Today in 2001 Colin Todd came back for a third spell at Derby County, taking over as manager from under pressure Jim Smith, but would only last three months as the Rams lurched towards relegation.

Newcastle legend Jackie Milburn died today in 1988. In 1943 he replied to an advert for trialists, so took the afternoon off from working in the mines and bagged six goals. He was immediately snapped up and went on to become Newcastle’s all-time leading scorer. Alan Shearer may have since broken his record, but Wor Jackie scores brownie points for never having got the side relegated. Everyone’s favourite sheepskin-wearing commentator John Motson made his Match of the Day bow today in 1971. 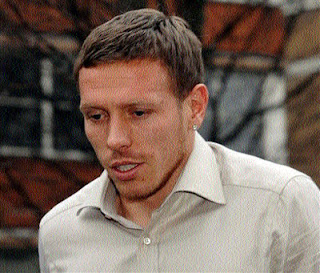 Craig Bellamy was up to his old tricks today in 2006 when he was due to appear in court after being charged with assault after the footballer’s staple ‘nightclub incident’. However, with Wales due to play a crucial Euro 2008 qualifier the next day, Bellamy managed to play the ‘don’t you know who I am?’ card and the case was moved back a month and Bellamy would eventually be cleared of all charges. In 2002 Sunderland were struggling at the wrong end of the Premiership table, so today decided to hire the last Englishman to win the title – Howard Wilkinson – as their new manager to replace the sacked Peter Reid. The gamble didn’t pay off, as Sergeant Wilko only lasted 20 games and the club was relegated with a then-record low 19 points.

When most footballers retire they’re happy to either sit on the Sky Sports sofa, run a pub or just spend the millions of pounds they’ve earned. George Weah, however, was not your average player and today in 2005 he ran for president in his native Liberia. The former World Player of the Year lost out to Ellen Johnson-Sirleaf who became Africa’s first-ever woman president, but he has pledged to give it another go in 2012 after going back to school to finish the education he abandoned for football. One former player who will never be running for office is Paul Gascoigne, largely down to incidents like the one that happened today in 1992. When asked by a camera crew if he had a message for England’s next opponent’s Norway he simply replied: “Yes. Fuck off Norway.” England’s most naturally gifted footballer ever then proceeded to run away laughing. Good old Gazza.