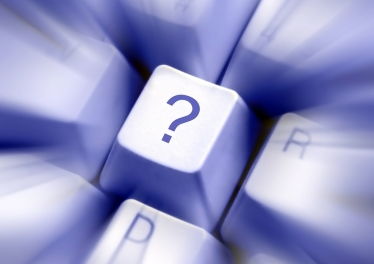 It’s not an easy thing to say no to being a Football Pundit. You spend all your time in the game (either playing or behind the scenes) not really expecting to be the man in front of the camera. Then one day the call comes and, try as you may, you cannot say ‘no’ to the offer that comes with it.

A lot is made of the perks that come with being a professional footballer – the huge amounts of money, scores of beautiful women falling over themselves to impress you, enough cars to fill a garage on the moon twice over. But, as of yet, little is ever revealed about the lifestyle of the Football Pundit. When I was asked to meet a producer of a well known Saturday night football show it became evident from the outset that if I agreed to follow a new career path, the privileges involved would be beyond my wildest dreams.

The producer asked me to meet him and a well known pundit outside a local Marks & Spencer store. Like a fool, I stood outside the main entrance for around 45 minutes until a text came through that read ‘down the side alley soft lad x.’ When I got there my future employer and colleague were on their knees laughing. The producer finally composed himself, put his arm around my shoulder and said;

“Take one last look at that main entrance son, because you’ll never be walking through there again with all those other slobbering, voucher hoarding, Wotsit munching plebs. It’s instant access for you now!”

He guided us through a side door, which instantly triggered a security alarm. After a quick chat we were through but not before the producer had turned round and given the security guard a dressing down in front of the General Manager. He was fuming about the incident and insisted that he wanted him sacked before our next visit. My mind was blown. Before I’d managed to take it all in we were ushered through a queue of people outside the changing rooms (at least four people deep) and sat in a huge changing room usually reserved solely for disabled access. We were told to make ourselves comfortable while the manager nipped out and returned with not one, not two but three catalogues for us to peruse. I looked at mine blankly at first and then I was informed that if I was to accept this producers offer to be a pundit on his show, I could choose whatever I wanted from this catalogue. He produced a gold card from his wallet, winked at me and said, in no uncertain terms, that I could fill my boots (up to a value of £250).

I didn’t realise at the time but that was just an average day in the life of a pundit. Unlike some of my colleagues, I can remember being a small child and having to enter shops through the main entrance and queue at tills and subsequently still do mundane tasks for myself, such as choosing clothes from the rail. Some fellow pundits though, are absolutely ruthless. One long standing member of the show goes to Marks & Spencer daily and just sits in the changing rooms trying clothes on. The staff know he doesn’t intend to buy anything but he keeps sending them for different sizes. One day he tried on 18 different sizes of the same suit before leaving; throwing the suit over a work experience girl’s head. He later told me he’d left a repugnant fart out on the way out, too – knowing that somebody was about to enter the changing room after him. Another colleague often returns items to the store that he hasn’t even bought from there. It started off with suit jackets and shoes but last week, he returned a pig and a segment of road and insisted they take it back and issue a complete refund. The store have to deal with this sort of stuff all the time but put up with it because they know that our endorsements are worth about 10% of their annual income; as viewers keen to look like their punditry heroes flock in store for the latest plain white shirt or pin stripe trouser.

You might wonder why ‘image’ is so important to producers. They refer to it themselves as ‘misdirection’ as they have become aware that many of the mainstays of their shows don’t actually know what they are talking about. The image portrayed (whether it be a smart suit for a young pundit, or a vile shirt for an elder statesmen) is used primarily as a talking point, so that the viewer might miss what the pundit is saying. It’s why you see Jamie Redknapp often wearing small boy school trousers and Mark Lawrenson wearing a shirt made entirely from Blackpool Rock.

It doesn’t always work. As I’m sure you know – many people have started to notice certain flaws in what regular pundits are saying, but it goes some way to limiting the damage. The producer works tirelessly to make his pundits seem as knowledgeable as possible. Scripts are prepared and researchers flood the studio during ‘match time.’ You might think that pundits are a bit clueless at times, but the stuff the producer manages to cover up is immense. One of my colleagues still thinks goalkeepers can pick up back passes and every week spends two hours screaming ‘pick it up you daft bastard!’ at the television screens, while another is blissfully unaware that Bill Shankly has resigned (never mind that he is no longer alive). Last week, I heard ‘is Van Basten still out injured?’ coming from a toilet cubicle.

For a lot of pundits, mistakes are genuine and come with the pressure of being asked to think on their feet during live broadcasts. However, for a few the privileges have become the be all and end all. Whether it’s spending five days a week tormenting staff at Marks & Spencer, or spending the entirety of Saturday’s ‘match time’ eating M&Ms and flicking elastic bands at researchers – they simply do not know what is going on. Completely cut off from the real world, producers are doing a great job getting shows out there at all. It’s a strange world, but one impossible to say no to.