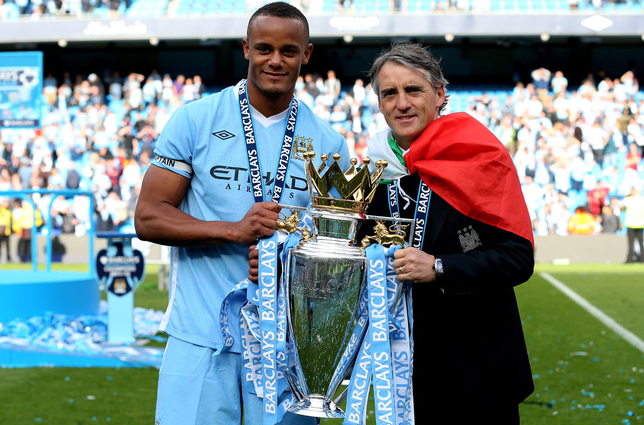 What were the most significant sporting events of 1992? Denmark ‘coming off the beach’ to win the Euros? Linford’s 100m gold win? Or maybe even Newcastle United’s romp toward the top flight!? Ok, maybe that last ones just me! Well in fact 1992 has a lot to answer for in the world of football, as it was the inaugural year of both the Premier League, and the Champions League.

Since 1992, the football landscape has changed beyond recognition. All-seater stadiums, millionaire footballers, foreign billionaires and corporate sponsorships are all now mainstays of a game run on a new life blood of cold hard cash.  At the time, very few of us would have guessed the impact that these two new competitions would have on the game we all love; but that’s just it, that’s what was tapped into by some clever sod…we all love it! We can’t get enough of it, all around the world, all year round, at every different level; football is lapped up by the millions like you and I who love it. 1992 was when someone tapped into that love and got very rich indeed

At the time I didn’t really give it much consideration, just thought it was some kind of renaming exercise and that everything else would stay the same. I was wrong. Straight away top level football was taken away from the masses on ITV, only now available to the super-flash folks with a new-fangled satellite dish clamped to the side of their house. If you wanted to watch it from now on son, you’d better get your wallet out! Before long the temptation became too much, more and more were subscribing to Sky until it became as common for a house to have a dish as it did a front door. The money was pouring in, every tender was snapped by Sky for huge sums; as it was (and still is) the jewel in their crown.

Player wages over the last 20 years have gone through the roof, top players now earn six figure sums in weekly wages alone; not to mention the bonuses, boot deals and endorsements. Even the average players earn eye watering sums, it’s little wonder that footballers from every league in world football are now falling over themselves to join a Premier League club. Many will never have even heard of Wigan or West Brom or Swansea, but that won’t stop them from declaring it a dream come true to play at the DW!

As for the owners, they’re now mostly made up of billionaires from all across the globe, each seemingly with varying levels of knowledge and understanding of British football. Some are professional and competent, and as such, run their clubs sensibly; unfortunately there are others however that are quite the opposite, and as such, are not so popular with their fans (Carson Yeung, Gillet/Hicks, Venkys anyone!?).

Such is the volume of money now involved in the Premier League, once a club actually make it; they then become completely petrified of falling back out and off the financial gravy train. The memory of clubs like Leeds, Portsmouth and Bradford who all overstretched themselves to complete, only to find themselves  in a whole world of trouble, linger long in many owners’ memories.

Due to this newly evolved fear and desperation to stay in the top flight, the whole scope of English football has changed. Where in the past, clubs would have played full strength sides in both cups, with serious designs on winning them; many clubs now prioritise 3 points in the league. Due to this prioritisation, over last 10/15 years both competitions have waned from their former glories.

The League Cup has suffered massively with teams playing reserve sides or teams filled with youngsters; the only saving grace of the tournament has been the need for managers of the top 6 sides to put a trophy in front of their demanding owners, and as such, make a go for it once the reserves have made as far as the quarters.

The F.A. Cup has fared better but is still struggling with similar prioritisation. The main issue with the F.A. Cup seems to be the final itself. What was once the showpiece event for English football on the last Saturday of the season, has now had to make do with being shoehorned in somewhere between the closing weeks of the Premier League, and, what has now become the biggest show of them all, the Champions League final.  Both are now considered more important by clubs, media and the fans; why? Because that’s where the money is.

As this desperation to stay in top flight has grown, a new breed of football has also evolved. When Sam Allardyce’s Bolton were promoted in 2001, his sole objective was to keep them in the Premier League. In order to do this, Allardyce came up with what has now come to be known in detrimental circles as ‘anti-football’. Sam’s plan was to fill his defensive minded team with giants who could bully the opposition, assault the penalty area with a bombardment of long balls, and then use their power to try force the ball over the line, one way or another. To be fair to Sam it worked, teams didn’t like playing them, especially at the Reebok, and as a result crumbled.  Bolton were safe year on year. Now don’t get me wrong, obviously there are times when you do need to change your tactics to suit your opposition, this however, was setting up your tactics to not get relegated. Such was the success of this blueprint that other clubs soon followed suit, you only have to watch the current Stoke side to see Sam’s legacy live on. This is where credit is due for the likes of Brendan Rogers & Roberto Martinez who have shown that you can stay in the League by actually playing football.

Whilst the higher echelons of the league may look down on the Sams and Stokes of the league; when it comes to the Champions League, they are just as guilty. For the ‘bigger’ clubs, the only way to garner the earnings required to compete at the top level is to regularly qualify for the CL (Unless you have an Abramovich or a Sheik to call on!). As competition is so fierce, just like the teams mid-table trying to ensure survival, 3 points is of equally high value to those teams trying to make the top 4, so once again the League Cup, F.A. Cup and the Europa League are the ones shunned and deemed superfluous; all along the while, and season by season, devaluing each trophy.

It seems in the modern game, and I say this with a heavy heart, the clubs in the Premier League are more concerned with league position than providing their fans with a day out at Wembley and the possible trophy that they all crave. The sad thing is, they’re wrong. I’m a Newcastle fan and have been my whole life, yes I’d love to qualify for the CL again, but given a choice between finishing 4th and an F.A. Cup victory, give me the F.A. Cup every day. That’s what they fail to grasp, it’s not about the money, it’s about the moments. The moment that Drogba gave Chelsea in Munich, the moment that Bradford just gave their long suffering fans on Tuesday night. That craving for that one moment of sheer ecstasy and adrenalin is why we do it, that’s what we pay our money for. It’s at this point you realise that although these people may make millions from our cravings, there is no price to be put on one of those moments, its intangible and it can’t be bought.

So, in the years to come our league will undoubtedly continue to grow and evolve, but whatever happens, there is one thing that will never change…..us. We the fans, the ones who make this all happen, we won’t be going anywhere, just patiently waiting for our next, or maybe even first, priceless moment that makes it all worthwhile.