Non-league football is very special; it is the roots of Dorking Wanderers. Ever since its creation in 1999, they have had a miraculous rise through the English football pyramid and they will be playing in the National League next season, one promotion away from the Football League.

Led by founder, owner, chairman and manager Marc White, Dorking has been admired by many across the United Kingdom and that theme looks like it is going to continue. But how have a team from the lowest league of non-league football made it to the very top of the non-league pyramid?

White and his friends set up the football club and they certainly did not expect what the future was going to hold. White was originally a Wimbledon supporter who consistently went to games but things turned bad for the club, White decided to set up Dorking Wanderers. 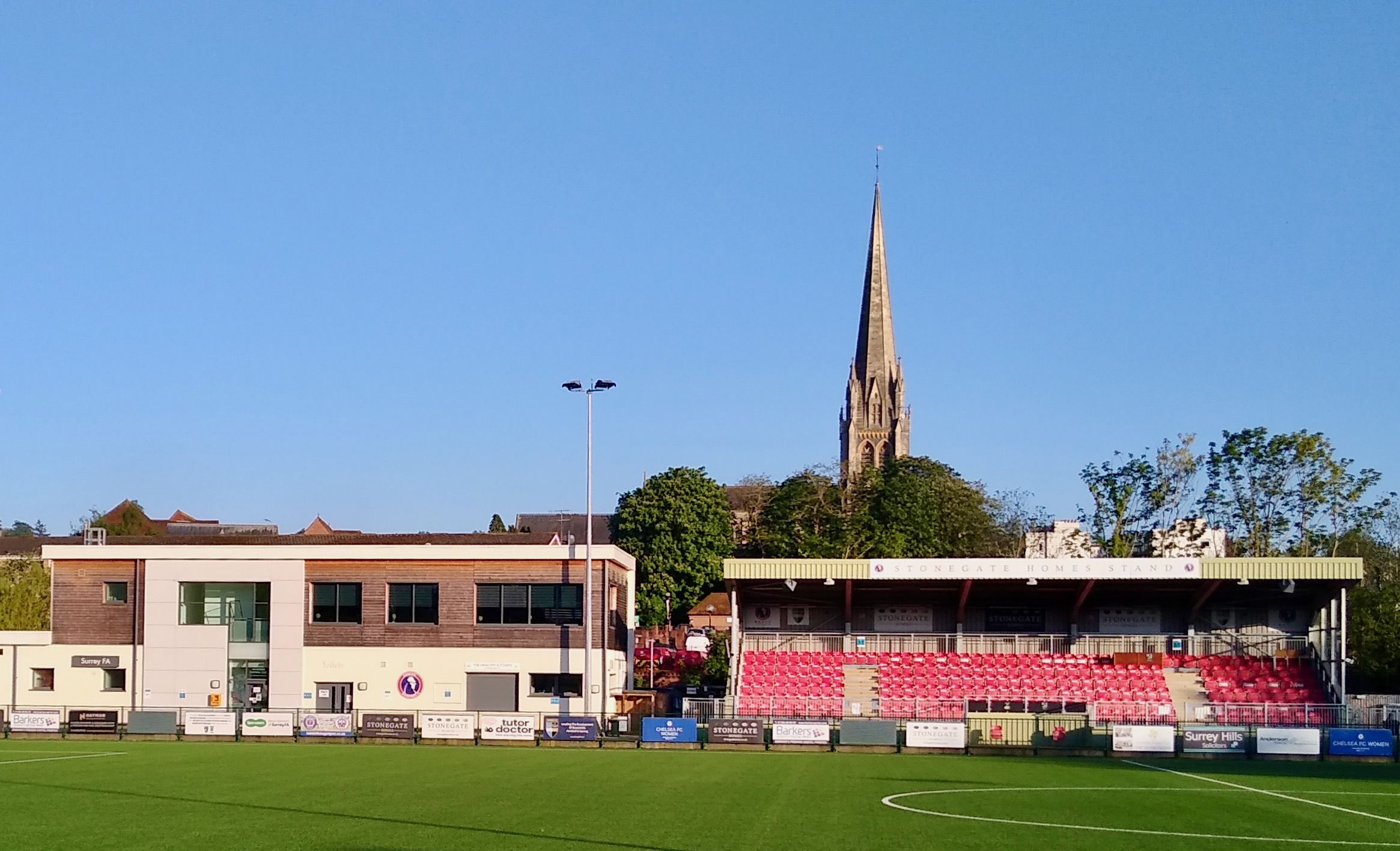 White and his friends did not even have the vision to play in the higher echelons of non-league football and they started it as a Saturday League team; they set it up so they could just enjoy playing football with their friends. The stereotypical thoughts of non-league football summed up the environment Dorking were in which was jumpers for goalposts.

They began to play on a National Trust pitch but they soon moved to a pitch named Westhumble, with picturesque views of the nearby hills, which was a pitch many clubs would envy. However, when they arrived, it was a completely different story.

There was no electricity or water and the grass was at knee height. So, all of the players worked extremely hard in pre-season to get the pitch up to a sufficient standard, and it was a great pitch to play on for many of the players.

In 2018, Meadowbank Stadium was made the new home of Dorking Wanderers and it is a modern, 3G pitch which also helps the community with its access to the pitch. Dorking’s change in stadiums has coincided with their meteoric rise through non-league football.

Dorking had it tough as they started in the lowest league possible in England and that makes their rise even more unique. They have had 12 promotions since the club’s conception which is a British record and if they were to continue their upward trajectory of continuous promotions, they would be a Premier League team sooner than you think.

Alfie Rutherford was instrumental in Dorking’s promotion from the National League South. He finished as the league’s top goalscorer with 32 and Dorking’s star striker struck fear into every opposition defence. When I spoke to him in an interview for my website in April, JP Journalism, he said that he really enjoys his time at the club.

Since the minute I joined Dorking I realised how good of a club it is. Everyone around the club is so welcoming and it really is a community club. Marc White has made it really clear where he wants to be and he’s so determined to get there. I haven’t seen a manager with the time and dedication he puts into it and he is one of the main factors.

Rutherford goes on to say:

I think at the start of the year we had new players and it took some gelling which is why maybe at the start we couldn’t find the results we wanted. As the year has gone on, I think we have started to gel more as a team. That has been the main thing is all the players understand the way the gaffer wants us to play and I think that’s become evident in the last few months.

From December to the beginning of February, White’s side went on a 10-match unbeaten run in the league which propelled them to the top of the National League South table. Maidstone United eventually overtook Dorking in first place to become champions but heading into the play-offs, Dorking were the team to beat; nobody was able to catch them. Even when they were losing 2-1 with next to no time remaining in the play-off final against Ebbsfleet United, Dorking dug in deep to snatch the prize from their opponents.

In my interview with Marc White, he says that he never expected this much progression from the football club since he and his friends set up the club 23 years ago.

No, to be honest, not really. Obviously, twelve promotions is a British record and it is quite remarkable for everybody that has been involved and it is not something that we could have dreamt of.

Additionally, he thought that promotion to the fifth tier is what the club deserved. An extended interview with White is available by clicking here.

I thought that sometimes you get what you deserved and we deserved it. We had a great season, a big injury crisis and without that injury crisis, I am pretty confident that we would have won the league. We done remarkable to finish as runners-up, we lost three of our best players for up to four months each. So, we were really pleased, we felt like we got what we deserved, if you take the whole season into account.

It is unlikely that the incredible story of Dorking Wanderers will be replicated again in football, but football is football. They are now occupants of the fifth tier and some are treating them as underdogs to earn promotion once again to the Football League.

Marc White is just looking to ensure that they do not suffer relegation back to the sixth tier.

In addition, their record of 12 promotions may not ever be broken which is something that the club will hold on to for as long as they can. The facilities at Meadowbank are perfect for a non-league club with the artificial pitch bringing income into the club as local grassroots teams use the pitch.

A slight concern may be that if Dorking are promoted into the Football League in the near future, they will have to have a grass pitch installed due to Football League regulations. However, the club are just looking to maintain their National League status and they will tackle those challenges if they get to it. But do you think another non-league side could emulate the achievements of Dorking Wanderers and what has been the key factor in Dorking’s rapid rise through the divisions?

I am a Year 8 student who is trying to make it in the world of football media. I am The Non-League Paper reporter for Billericay Town in the Isthmian Premier Division and I love non-league football.