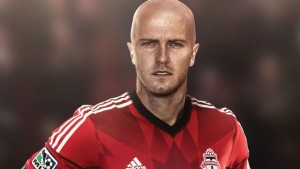 This MLS preseason has been nothing short of eventful. Stories ranging from the controversial Camilo transfer to Liga MX outfit Queretaro all the way to the news of LA Galaxy unveiling the creation of LA Galaxy II – the feeder club who will begin in USL PRO later this year.

However, the news which has really dominated in US Soccer circles is the progression MLS clubs have made in the transfer window. Whether that is via home-grown players, the picking up of college prospects in the SuperDraft or Supplemental draft, the re-entry draft or through trades, signings have been made which are sure to unite opinion among fans as well as polarize. Notable foreign imports Jermain Defoe, Stefan Ishikazi, Gaston Fernandez, Marco Pappa, Adolfo Bautista etc. etc. have all pledged their future to playing in MLS.

Yet it is domestic, international footballers are what are truly going to excite the typical club fan though – particularly in a World Cup year. As the USMNT are entering the group of death, the team’s elite are fully aware that having a consistent run at a club, whether that is in North America, Europe or anywhere else, is paramount if they are to break into the starting XI.

Perhaps this is why Michael Bradley, Maurice Edu and Michael Parkhurst have all made the return to the league where their careers began. To be a prized asset at a team in their home country rather than on the fringes of a European club is bound to be preferable when first team appearances and getting a run of form together is critical to boosting chances of playing in Rio. All three of their stories are vastly different, and enter MLS with different reasons for needing to impress. 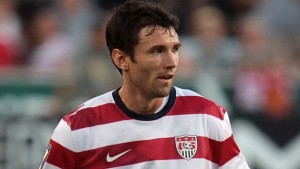 Parkhurst made the surprise move to Columbus Crew from FC Augsberg of Bundesliga after struggling to make an impression in Germany. Two appearances in the 2012/13 season and none at all in 2013/14 confirmed Parkhurst’s decision to return to MLS, in a move which look almost unavoidable considering his circumstances.

The 30 year-old initially impressed at New England Revolution where he was a starter for a four consecutive seasons and picked up the defender of the year award in 2007. This was before his big break to Europe when he went to Nordsjaelland in Denmark in 2009.

Although not blessed with pace, Parkhurst’s positioning, crossing ability and versatility (has featured at left back and center back in the past) are just 3 of his key attributes. At Columbus Crew he is expected to be one of the key players in a franchise firmly in transition on and off the pitch. With new head coach Gregg Berhalter contemplating playing with a back 3, Parkhurst may be required to play at right wing back, meaning greater importance on creating the overlap as well as the stamina and work-rate to contribute defensively. His role in the side could be extremely critical.

USA are in serious need of strengthening the right back position, particularly when considering 1 of the 3 group games will require whoever fills that spot to face up against Cristiano Ronaldo. Parkhurst stands a very high chance of breaking into the squad at minimum with (predominantly) centre midfielder Brad Evans being forced to adapt to the fullback slot. If the experienced Parkhurst starts off brightly at Columbus, the once unlikely chance of breaking back into the USMNT setup may not be so far off after all.

Maurice Edu’s return to MLS was nothing short of prolonged, but now it has, the immense feeling of relief must have dawned upon the Philadelphia Union front office.

It was not long ago when Edu was playing a major part at Rangers FC yet, when the financial issues hit, Edu moved in 2012 to not only attempt to put himself in the picture for playing for USA, but to simply be guaranteed getting a weekly wage. That was when things started to go wrong though as the 2007 Rookie of the Year at Toronto FC moved south of the border to Stoke City, making one, 10 minute appearance before being loaned out to Bursaspor where he played 12 games.

Edu had to move and in doing so has also been able to be guaranteed a DP salary, signing on a season-long loan deal with Philadelphia, holding the option to buy. The 27-year-old will likely play a holding midfield role either alongside Brian Carroll in a 4-2-3-1 or perhaps play the lone, destroyer-type midfielder in a 4-3-3 depending on head coach John Hackworth’s preference.

Edu has had three caps with USA last year, meaning some consideration would surely be taken for him to return at the World Cup. This is only if he does extraordinarily well at Philadelphia though as his stock has rapidly declined in recent years. Edu has shown glimpses of the qualities required playing for the USMNT in the past, but now he must thrive and impress Jurgen Klinsmann in the rejuvenated Union midfield if he is to want to have any chance of making a return. 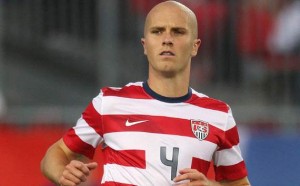 Not in need of a revival but simply playing time, Michael Bradley — nicknamed ‘‘The General’’ during his time at Roma — signed for Toronto FC on January 9th, grabbing the headlines all across Canada and USA. Ranking fourth choice centre midfielder at AS Roma behind De Rossi and Strootman, the possibilities for playing time during the remainder of the season seemed improbable.

However, Bradley will be fondly remembered in Italy where he built a good rapport with the Roma fans and delivered consistently strong performances, but injury hampered his progress at the start of the 2013/14 season, which allowed Kevin Strootman to make a smooth transition into the Roma midfield, forcing Bradley to become an outsider.

Yet he is still an integral role of the USMNT, with Klinsmann recently including him as one of the players going to be part of the ‘spine’ of the World Cup first-team. Bradley has experienced the highs of the famous 2009 Confederations Cup run and the 2010 World Cup while also suffering in the 4-2 loss in the 2011 Gold Cup in which he scored.

The tenacious, box-to-box midfielder will be starting at the World Cup and – aged just 26 – could be one of the game changing signings this year for Toronto as the poor performing franchise makes its ambitious bid to become formidable MLS Cup contenders. The Bradley – Defoe partnership could be a lethal combination.

The Americans returning to MLS clearly have the World Cup in mind, but beyond that the pertinence of the transfers could mean much more. Having America’s best footballers returning to the league is only going to help improve the profile while encouraging sponsors and television networks to put their money where their mouth is.

Bradley, Edu and Parkhurst could all be involved during the World Cup and help showcase USA on the greatest international stage, but even if they do not, they will surely make a difference for their country on a domestic level for at least a few years to come.

One thought on “The return of the US internationals”