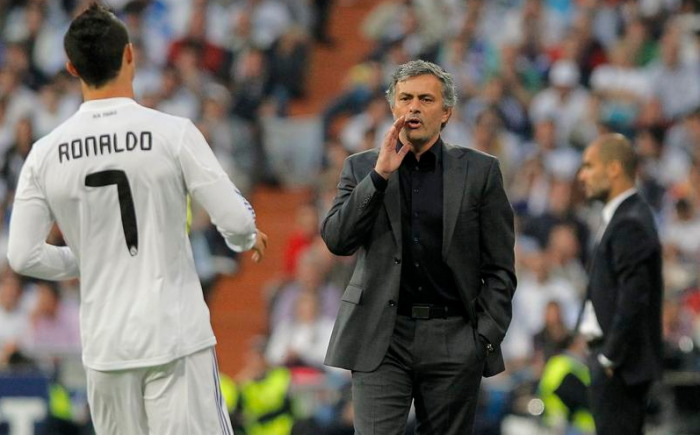 This season in particular, I have found myself watching more and more of Real Madrid. Jose Mourinho has always insisted that his second year at a club is always the strongest, as he proved winning a Champions League with Porto, a Premier League with Chelsea and a treble with Inter in the aforementioned period. Thus far, the Special One is on course to continue his remarkable record with arguably the most famous club in the world.

The Spanish giants became only the third club in the history of the competition to win all six of their Champions League group games, are sitting a healthy eight points clear at the top of their domestic league and recently progressed into the Quarter-Finals of the Copa Del Rey. Clearly, they are becoming a feared force once again; and feats such as these are particularly impressive when considering their major rivals are Barcelona: the team who have dominated recent years both in Spain and indeed in Europe; hoovering up trophy after trophy. But it not is just Madrid’s remarkable consistency on the pitch and that has garnered such attention, it is the quality of football they are playing.

Some would argue, not unjustifiably so, that Mourinho’s side were a little too reliant on Cristiano Ronaldo last campaign, who hit the back of La Liga nets an outrageous 40 times; contributing 39% of their total goals in the competition. By that reckoning however, are Barcelona also too reliant on Lionel Messi? Or are these stats just an indication of their ridiculous footballing ability? Either way, Real Madrid definitely appear to be more of a team unit nowadays. Whilst Ronaldo’s goalscoring heroics have hardly waned, he is well aided by his teammates.

Few would argue against the suggestion that Los Blancos have the strongest squad in world football. Ricardo Carvalho, Raúl Albiol, promising youngsters Raphaël Varane and José Callejón, Fábio Coentrão, Sami Khedira and former FIFA Player of the Year Kaká are amongst those who regularly have to warm the bench at the Bernebeau. An embarrassment of riches: players that have made vital contributions to the cause, and ones who would walk into the line-ups of most sides in Europe. So how good is their regular XI then?

Well, very, is the answer. You’d expect nothing less of a Mourinho side, but a solid back five consisting of three World Cup winners, including possibly the finest goalkeeper since the turn of the century in Iker Casillas, the imposing Pepe and the ever-improving Marcelo provide sufficient protection, and lay the foundations on which Madrid’s more flamboyant attacking players can build on and really express themselves. The tenacious Lassana Diarra adds a bit of bite into the midfield where he sits alongside Xabi Alonso; one of the few players in world football capable of dictating the pace of the match. His distribution, be it short five-yard passes or his trademark cross-field balls are fundamental to his side; providing the platform for his teammates further up the pitch to do some damage in the final third.

The main playmaker of the side, particularly since Kaká’s drop in form, has been the young German, Mesut Özil. After shining at the 2010 World Cup, the 23-year-old has successfully made the step up in club football, and has become an invaluable asset to the Real Madrid armoury, and one who is only going to improve with further experience.

On the flanks, Ronaldo continues to strut his stuff, having already netted 30 times this season; a record better than a goal a game. Everyone is running out of superlatives, and it’s difficult to say anything about the Portuguese winger that hasn’t already been said a dozen times. On the opposite side is Ángel Di María, who surely has been one of the most improved players in Europe this campaign. With 13 assists, the highest across all five major European divisions, and five goals, he is proving to be a shrewd addition to the ranks. The blistering pace both players possess is devastating on the counter-attack, where Real Madrid have been so effective time and again.

Up front, Mourinho has the luxury of rotating Karim Benzema and Gonzalo Higuain who have been ruthlessly efficient, scoring 36 goals between them in all competitions. Calling on one of these strikers from the bench, and so many other talented players, has gotten the club out of trouble on numerous occasions. Whilst the glamorous 5-0 victories look great on paper, the type of gritty, 2-1 away wins experienced on Saturday night in Mallorca are arguably just as satisfying for the fans, and a trademark of a championship winning side.

Perhaps the team’s only disappointment so far came in December’s El Clásico, in which fierce rivals Barcelona claimed a 3-1 victory, though they still lead the Catalans by some distance in the title race. Whilst there is still plenty of twists and turns to come, it is rapidly looking like Real Madrid have not only closed the gap on Pep Guardiola’s all-conquering side, but they are beginning to overtake them.

Time will tell whether Jose Mourinho’s latest project is indeed The Real Deal.