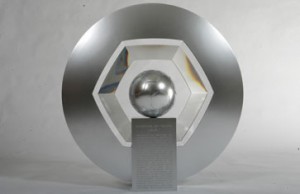 As we approach the business end of the season, the race for Ligue 1 and the famous Hexagonal hots up. I take a look at the current runners and riders in contention for the trophy.

First up is Paris St. Germain. They are favorites for the title, and with good reason too. They boast an all-star attack that could rival even the best in the world. When you have Zlatan Ibrahimovic, Lucas Moura and Ezequiel Lavezzi leading your line you always have a chance. However, wven with all of their talent in every position it hasn’t been as smooth as they would have liked.

Carlo Ancelotti has been under immense pressure since day one. He has utilized the war-chest given to him by the clubs Qatari owners to brilliant effect, but the team has struggled to gel. Instead of buying a team, he has bought individuals. That’s not to say he hasn’t bought shrewdly. Players like Marco Veratti have been key to PSG’s season, and for €12m he was a steal given the current influx of overpriced ‘talent’ in the transfer market. PSG are the most likely winners of the division but as we know all too well in football, anything can happen, and the next two teams will make sure it goes right the way to the wire.

The team that dominated the last decade have made a return to the forefront of French football and Olympique Lyonnais are out to make up for lost time by winning Ligue 1 again. Remi Garde has assembled arguably the best Lyon squad for years. At his disposal he has the undeniably talented trio of Alexander Lacazette, Yoann Gourcuff and Lisandro Lopez. On top of that, he has a truly prolific goal scorer in Bafetimbi Gomis. Recently they were narrowly knocked out of Europe by Tottenham Hotspur and although they would have been disappointed, it could turn out to be a blessing in disguise. They now have no distractions whereas PSG have to turn out in the Champions League last eight. In reality it would take a massive collapse from Ancelotti’s men over in Paris but Remi Garde won’t give up until it is mathematically impossible to take back the trophy to its previous, almost permanent home.

The last team harboring hopes of a famous Ligue victory will be Marseille. This is highly unlikely but not beyond the realms of possibility. Elie Baup has worked wonders this season, a much unfancied team at the beginning of the season have been turned into title contenders. Recently their form has been on a downward spiral and they look to have just slipped out of contention but this season will be looked at as a success by the Marseille board and fans. The squad has bags of talent in it, and they have Joey Barton too! Nicolas Nkoulou is believed to have been watched by many of Europes top clubs, including the likes of Barcelona and Manchester City. This season could also have been a watershed moment in the career of striker Andre Pierre-Gignac who suffered a horrendous time in the last campaign. This season however has brought with it nine goals in 21 games which is not a bad return. The Ayew brothers have been a revelation for the club and Marseille may well struggle to hold on to their top stars.

At the minute, all the signs suggest a PSG title. But, we have seen stranger things in football, and no matter what happens we can be sure it’s going to be an exciting end to the season. Nothing is certain and the race for L’Hexagoal will be more engaging than ever before.