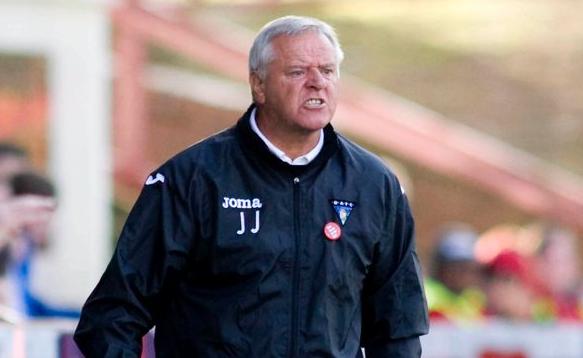 Back in December 2012, Dunfermline Athletic announced their proposals for a share issue with the hope of raising enough funds to ensure the clubs very survival.

For the last 15 to 20 years, they have bounced around between the top two divisions in Scotland and it was 2011-2012’s relegation from the SPL that appears to have accelerated the decline in fortunes for the club once managed to cup success and in European campaigns by legendary manager Jock Stein before he moved on to achieve greatness Celtic, via a brief stop at Hibernian.

The 127-year-old club from Fife have struggled for some time to pay its bills, with HMRC and Scottish Power believed to be two of the main creditors queuing up for recompense. The club are even more indebted to some of its current and former directors to the considerable tune of around £8 million. It was the walkout and resignation by seven of those directors in October 2012 that ignited the acceleration of the Dunfermline decline.

The boardroom acrimony centred on attempts by the group to take control from the current owners, Charlestown Holdings. At the time, chairman John Yorkston played down fears that the move would trigger instability at East End Park.

The Pars, currently an outside bet for promotion back to the SPL under wily old campaigner Jim Jeffries, now ply their trade in the Scottish First Division and are just the latest in the steady stream of clubs in Scotland to succumb to the harsh economic times we live in.

The well publicized collapse of Rangers has been accompanied he the ongoing financial turmoil at Hearts, where the Lithuanian bank owned by the Edinburgh club’s benefactor Vladimir Romanov, has recently become insolvent, throwing up even greater doubt about the Jambos’ long term security.

Before this, current SPL side Dundee were docked 25 points when they entered administration for the second time when still a First Division club and Livingston were also penalised for financial irregularities back in 2009. They were hit with a two league drop as a consequence of their fiscal mishandling. The Gretna fairytale ended in disaster when uncertainty over finances during their late owners’ health problems caused the Border club to go out of business. Go back only a few more years and clubs like Motherwell and Airdrieonians also hit the buffers.

Back at East End Park, the Dunfermline board hope to raise somewhere between £300,000 and £500,000 from the share issue, with this cash injection seen as pivotal to the clubs ability to live on until the end of the season.

In addition to the tax man and the energy company waiting for payment, the staff and players have also borne the financial burden through the present dire straits. Employees including the players have gone unpaid for the last four months.

In the club’s accounts filed at Companies House, Dunfermline’s situation looks bleak. In the 12 month period to May 2011 they made a loss of £431,621 and loans from former directors totalled almost £500,000. The club are also shown to owe £5.8 million to East End Park Limited, the stadium owners. This company falls under the banner of Charlestown Holdings, who themselves are owed a further £2.4 million by Dunfermline.

Majority shareholder and head of Charlestown Holdings, Gavin Masterton, a former executive with Bank of Scotland, intends for 25% of the clubs ownership to pass into the hands of fans and investors along with three places on the board, while a supporters group opposed to the planned share issue, The Pars Community, are demanding a totally new approach to the running of their clubs affairs. They insist Dunfermline supporters should be given total control over the situation with a 100% stake in the cash strapped outfit.

The group are also demanding answers from Masterton about the full extent of the situation and are urging fans considering taking up the share offer to think very carefully before proceeding. A poll on supporters site www.dafc.net shows that 58% of Pars fans are against taking part in any share scheme.

The move to issue shares, intended to help the club survive until the end of the season and stave off the threat, perhaps only temporarily, of administration, has also hit a snag at the eleventh hour. Just as prospectuses were due for release, the Dunfermline board announced a delay in proceedings while their legal and financial advisors made ‘minor amendments’ to the details of the offer.

With time running out and creditors and staff alike clamouring for reimbursement, the hold up is an unwelcome glitch to the plans of Masterton and Co.

Such a share offer may see The Pars through until May but ultimately may prove to be just a sticking plaster attempting to hide more serious wounds. If a radical cure is not found soon, Dunfermline Athletic will find their name added to the list of Scottish football’s financial casualties.