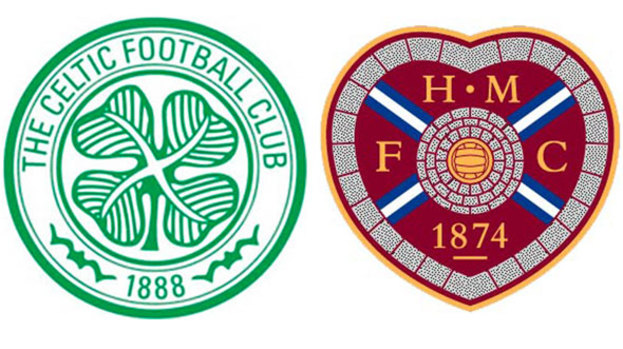 With no Rangers in this season’s SPL the league has lost its biggest derby; what then has replaced the Old Firm fixture as the most fiercely contested game in Scottish football?

On recent evidence it could be argued that Celtic v Hearts is the new Scottish derby. Combining the east-west geographical divide with diluted versions of the political and sectarian tensions associated with the Old Firm derby, the fixture pits together the two best-supported teams in Scotland’s top flight.

There has been a growing edge to this game in the last few years on and off the pitch. Red cards have become not uncommon and no one needs reminding that it was at Tynecastle that Neil Lennon was attacked by a home supporter in 2011.

Considering that the game was already threatening to become a mini Old Firm derby prior to this season, one could have been forgiven for wondering what might become of the fixture in the post-Rangers SPL.

There have been two games between Celtic and Hearts so far this season: 1-0 and 4-0 wins for Celtic in Glasgow and Edinburgh respectively.

The first match was a slightly drab affair where Celtic just about scraped the victory on the back of a triumphant midweek display in Moscow. It felt more or less like any other SPL game, it was nothing out of the ordinary.

However, the following month in the capital the claustrophobic cauldron that is Tynecastle was buzzing with an atmosphere quite different from a normal game. Perhaps the evening kick off, the fact that Hearts – faced with unpaid tax bills – are fighting for their lives and that Celtic were looking for a reaction to a home defeat to Inverness added to the occasion.

As expected, Union flags were littered amongst the home support as cries of ‘Rule Britannia’ broke out, while the travelling Celts brought their usual Irish tricolours and array of Irish songs. There is nothing untoward or unusual about this but it unavoidably sets a scene of division and animosity akin to that of an Old Firm game, albeit on a much smaller, less impassioned scale.

The fans even took to applying what in the football world we might call “Old Firm terminology” to each other. The Celtic support were labelled ‘fenian b*******’ and ‘Irish c****’ by individuals in the home crowd, and as the demoralised Jambos headed for an early exit later on they were treated to a chorus of ‘go home ya huns’ by the visitors.

Celtic fans booed a song which runs to the same tune as the infamous Billy Boys and Hearts fans booed the Fields of Athenry and responded, bizarrely, with shouts of ‘f*** Bobby Sands, he’s deid’. Clearly in both instances something was lost in translation but, in any case, football fans are not always known for rational and sensible reactions.

Seldom, too, are they renowned for gentlemanly decorum or respect for their rival, as evidenced by the Hearts fans belting out ‘Jimmy Saville, he’s one of your own’ and the Celtic fans jeering ‘you’re going to die like the Rangers’.

To be fair, though, and to avoid sounding like too harsh a critic, for most of the game both sets of supporters backed their teams loudly and commendably.

It was not just the noise reverberating around the stands, however, that lent the match the feel of a derby but also events on the pitch. Every challenge was hotly contested and the game occasionally became scrappy; it was high-paced, frenetic fare and referee Willie Collum could easily have dished out more than the four yellow cards he did show.

Kris Commons’ impudent keepy-up display before returning the ball from a non-contested drop ball perhaps summed up the way this game could be heading towards “derby” status. It was brief and not worthy of much fuss but nevertheless unsporting and needless and can only have resulted from the highly-charged atmosphere all around the stadium.

Loud, heated encounters, with the hint of more sinister undertones, between Celtic and Hearts are nothing new but in the absence of Old Firm games this fixture has the potential to grow into something more. It is the responsibility of the fans to ensure that if this happens that it does so in the right manner.

It must be said, however, that to give Celtic-Hearts games a real rivalry and intensity, Hearts need to climb out of the bottom six and start worrying league leaders Celtic and Hearts’ true rivals Hibernian.

The game on Wednesday at Tynecastle was, on the whole, an exemplary display of passion, showing that Scottish football is alive and well, but it wasn’t devoid of warnings of the unsavoury side to football rivalries.

Keep the passion, leave the hate.