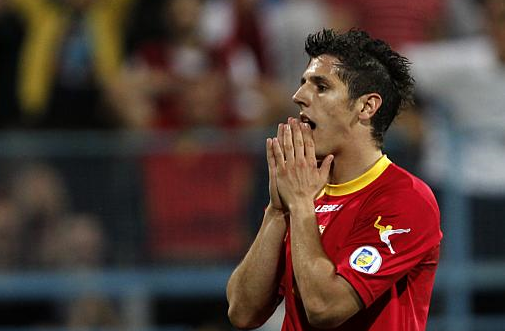 On the night of the 26th of March earlier this year, England battled to a 1-1 draw in Podgorica in front of a partisan crowd of around 11,000 rowdy Montenegrins. For most England supporters, it would be fair to say that this fixture was seen one where the Three Lions could pick up a routine win, but it turned out to be anything but.

Despite a dominant first half display by England, Montenegro battled back in the second half to pick up a more than deserved point. In fact, in the three times that England have faced the Balkan outfit they have failed to beat them once, picking up three draws. According to Sky Bet’s pundit picks though, England should be looking for maximum points this time out. So who are these minnows from Eastern Europe? And what can we expect on Friday?

We must be careful to ensure that we do not underestimate Montenegro as a team. Whilst of course they lack the “star power” of England (though I would argue England’s star power is in fact questionable) and again whilst they are one of international football’s newest sides (coming into existence after the 2006 World Cup in Germany) they are a very solid team unit, and possess the tools to potentially hurt England, should they underperform.

Stevan Jovetic should be a name all followers of the Premier League should be familiar with. Having enjoyed a fantastic time with Fiorentina in Italy (scoring 35 goals in 116 games, primarily being used as a second striker) he finally got the move to a “big club” that many felt he deserved when Manchester City snapped him up in the summer for a hefty £22million. Whilst we haven’t seen much of him in the Premier League due to early season niggles and knocks, Jovetic is undoubtedly the poster boy for this Montenegrin side. Quick, skillful and young, Jovetic is the star that this side will be built around long term.

Another familiar name to many of you will be that of Mirko Vucinic. A vital part of the current Juventus side that has a chokehold on the Serie A title, Vucinic is the all time leading goalscorer for his international team (with 15 goals in 36 appearances). Blessed with technical skill on the ball, and a knack for scoring crucial goals (including a screamer in the 93rd minute of the Coppa Italia semi-final) Vucinic is certainly a threat to the England backline, and the news that he could be out with an injury is welcome news. We just have to hope that he doesn’t get the opportunity to embark on his trademark goal celebration, which is removing his shorts. The onus is on you to look that up on YouTube.

It is fair to say that this Montenegro team is primitive but balanced. Fiorentina defender Stevan Savic (formerly of Manchester City of course) provides Champions League experience at the back, teaming up with rugged Lille defender Marko Basa- formerly of Lokomotic Moskva- to form a centre back pairing of surprising quality.

Blackburn Rovers supporters will remember the name of Simon Vukcevic (who spent much of his time at Ewood Park hiding behind a Batman mask), an all action midfield playmaker, who is also the most capped senior player for Montenegro. Elsad Zverotic may also be yet to make an impact in England, but combust defensive midfielder Zverotic had a fantastic time in Switzerland, first for Luzerne, then for Young Boys before signing for Fulham this summer. He has racked up over 40 caps for the senior side, and will attempt to stifle England’s midfield threat (he was one of the goalscorers in the 2-2 draw in Podogbia in Euro 2012 qualifying).

Dinamo Zagreb’s Fatos Becira will provide physical prescense up front (he has scored 29 in 80 for his side- including goals in the Champions League, notably at the Bernabeu), Mladen Bozovic provides a safe pair of hands in goal (he plays for Russian Premier League side Tom Tomsk), whilst Mirolad Pekovic provides five years worth of Bundesliga experience from midfield after his spells at Mainz and Greuther Furth.

Coached by maverical Montengrenein Branko Brnovic (infamous for his animated touchline displays and pre-match jibes in the media), whilst not a household name Brnovic has arguably made mountains out of molehills with his primitive and fledgling national side- and his tactical nous and playing style (albiet physical) get him results.

The rest of the squad are little known (unless you are big on Eastern European Top Division Football)- but provide stern opposition for an England side that is yet to hit top gear in qualifying. Stevan Jovetic in an interview with the English media is quoted:

England are the favourites because they have so many good players and they are a huge nation but we have played them three times and shown we can compete with them … Yes, I think they have more pressure than us because they are expected to win – and expect to win.

And compete they can. They have played three times against England, and got three draws, no mean feat for such a small nation. This side is physical and workmanlike, a side without real superstar power or football history. However they are a side that can pick up results and points.

One imagines just as they did on their last visit to Wembley they will set up shop and try and “defend at all costs”, but last time it proved effective as they came through will a 0-0 draw. A repeat could spell disaster for England’s World Cup chances.

England should be beating Montenegro- something which even the most optimistic Montenegrin would not dispute. But perhaps, as Jovetic says, with the pressure on England to pick up the three points and ensure we go into the last game with Poland with our fate still in our own hands, perhaps this small nation from the Balkan’s have the tool to dent England’s World Cup dreams, permanently.

One thought on “The Montenegrin Dossier: Who are England facing on Friday?”