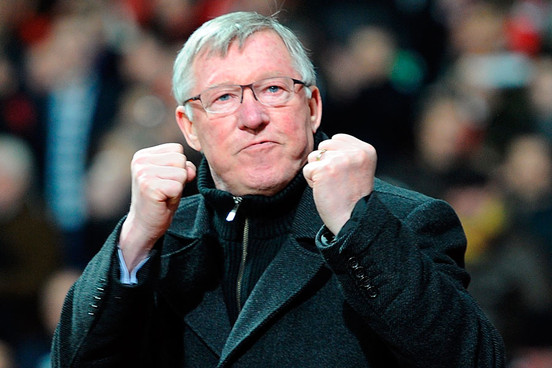 Football journalists up and down the UK can be forgiven for thinking they’re living in a parallel universe over the next few weeks as their erstwhile bully-in-chief, Sir Alex Ferguson, dusts off his charm and happily sits through interview after interview, as he attempts to shift a few extra units of his much-anticipated follow-up autobiography.

For twenty long, gruelling – not to mention humiliating – years, the football media fraternity was on the receiving end of one Ferguson shoeing after another. From the weekly ‘hair drier’ treatment to outright threats of violence; from being banned from Manchester United Land and effectively starved of a living to being routinely dismissed as ‘a bunch of fuckin idiots’, it’s fair to say that were the UK football media a dog and Ferguson its owner, the former United boss would have served at least a stint or two at her Majesties pleasure for cruelty to animals.

In fairness to Ferguson he only ever acted as any bully given free reign can be expected to act. That is to say that in the absence of any sort of censure, he simply became ever more fierce and fearsome as the fourth estate retreated further and further into its shell. When Ferguson held his final press conference as United manager in May of this year, he was presented with a cake from a press corp of poodles he had long since neutered.

Indeed, you may even argue that Ferguson deserves a fair degree of respect for his handling of a lobby whose canine resemblance is usually more Pit Bull than Poodle. Many a good manager – and indeed man – has foundered on the rocks of the English football press and Ferguson was determined not to allow the same fate befall him too. And boy did he succeed!

In fact, so successful was Ferguson in repelling the threat of the media that by the mid-nineties he had effectively turned his would-be Fleet Street foes into the kind of unquestioning, toe-the-party-line mouthpiece the likes of which Joseph Goebbels could only have dreamt. Lions in the court of a Keegan or a Wenger, pussycats in the court of Sir Alex, the media were routinely reduced to the role of downtrodden cart-horse, obediently transporting whatever self-serving narrative best suited their master that week. Poodles, pussycats, cart-horses – in their dealings with the Glaswegian, the media took on all forms, but rarely that of men.

But now, through a tremendous quirk of fate, the cart-horse has been gifted his chance of revenge. Despite being the most compelling character in the soap opera of English top flight football for the past twenty years, Ferguson – or more likely his publisher – nevertheless feels the need to undertake a promotional tour his sell his latest tome. Where the media once relied on Ferguson to bolster their sales, now the tables are turned and it is the Scot who needs the media to sell his copy.

So will all those journalists, so put upon for all those years, so cruelly stripped of their dignity in each and every encounter with the Scot, reclaim some semblance of self-respect and grasp this glorious chance at revenge by refusing to indulge Ferguson and deprive him the oxygen of publicity he and his publishers desperately crave? Not likely.

Ferguson has a six event publicity tour organised to promote the book, with every major media outlet expected to be present at each and every one. And aside from the tour, the former United boss has already given several promotional interviews with plenty more to follow. So far the line of questioning has remained more Saturday morning kids TV than late night with Jeremy Paxman.

So why this reluctance to exact some form of payback for years of subservience? Could it be that Ferguson retains some sort of Indian sign over the media? Or could it be that the football press are suffering from a kind of Stockholm syndrome – understandable for a body whose courage and integrity Ferguson held under lock and key for so many years? As if allowing Ferguson to routinely violate their professional integrity for twenty years wasn’t enough, it seems the media – instead of seizing a rare chance at retribution – have decided instead to drop their drawers one last time and take one for old time’s sake.

Perhaps Ferguson was right all along; perhaps the media simply are just a bunch of fucking idiots.

2 thoughts on “The media and Sir Alex Ferguson”