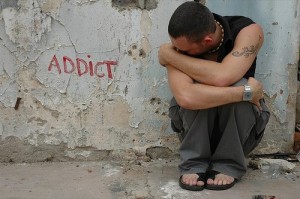 It’s 3:37 am. I’ve been sat in this dark room, hunched over my laptop, eyes fixated on the screen for coming up to seven hours now. I’m exhausted, weighed down by stress and apprehension, wondering what the hell I’m going to do.  I have to be up for university in four hours and I know, despite the optimism that whirled around my weary mind earlier, that I haven’t got it in me to pull this off. I shouldn’t leave things until the last minute. Whatever I do now, it won’t make a difference.

A last minute attempt to thrash out an essay for university with the deadline looming? No. Try a Champions League semi final. I’m on the brink of exiting the tournament on away goals. I should have taken off Andrey Arshavin and brought on Theo Walcott earlier. There’s not enough time left for him to make an impact now….

I feel betrayed. After all this time, you’re leaving? It just doesn’t make sense. We’ve had our problems, sure, but we’ve always managed to sort them out in the end. I’ve been patient and understanding when you haven’t been yourself, and you have been there to lift my spirits in my darkest hour. I’m devastated, I can’t even think about replacing you, and where to start looking is something I can’t answer. I just can’t believe it. I just want an explanation. Someone else has turned your head, and there’s not a damn thing I can do about it.

After six fruitful seasons, why, why Romelu Lukaku, why have you put in a transfer request?

Football and emotion are inexorably linked.  And the case is the same for the simple, yet compulsive universe of Football Manager. It takes over lives through marathon playing sessions that can stretch for days. It pushes relationships to their limit, makes the concept of failed A Levels and university degrees a terrifyingly real one, mercilessly throws you in the bad books with your boss and will have you well versed in relentless swearing and bursts of incandescent rage.

It captures a full spectrum of scarily genuine emotion. Unparalleled bliss felt when clinching that first Premier League title with Southampton following an unprecedented rise through the leagues, or the sheer despair and devastation when your much-loved Paraguayan striker, whose development you have personally oversaw, refuses to sign a new contract and casually hops along to the dizzying heights of… Tottenham Hotspur.

Explain these scenarios to a non-believer and you would be met with concerned looks, perhaps followed by a suggestion to ‘seek help’. Spending your summer evening frantically trying to convince Diomansy Kamara to join your struggling Scunthorpe side on some computer game? You would have to be mad.

The life-absorbing phenomenon takes the form of a vicious cycle that can easily render you an unsociable, obsessive freak. While it can be hard ‘to get into a game,’ once you’re in, things progress quickly. A few months in and the need to make it to the January transfer window and rectify potential problems within your squad grows. “It’s only an extra month” I say, thus ploughing through another hour or two. After securing that one central defender to bolster your injury ravaged backline, or a plethora of slightly pointless loan signings, it’s only natural that you want to see how your acquisitions fare. Before you know it, you have reached the penultimate month of the season, and whether you are fighting to dislodge the Barcelona/Real Madrid monopoly of La Liga or scrapping for survival as Gateshead in the Blue Square Premier, the impulse to see it through to the bitter or wonderful end is remarkably identical. What’s next? The summer transfer window, the chance to re-shuffle, reorganise, and start the enslaving cycle all over again.

Standard human functions can become secondary. Sleeping? There’s no point even trying, Fabio Coentrão’s rumbling contract situation is unresolved, and it troubles me. I’ll make sure that’s sorted, and then I’ll call it a night. Showering? I’ll just play the first half of this FA Cup tie, start the second and have a shower while the remainder of the game plays out. Wait, it’s 2-2? Unconditional attention is now required. I’ll shower after. It’s not like I was going to leave the house today anyway…

Eating? Unless the meal can be prepared in the time it takes to simulate one half of a game or progress through the mundane international break loading screen and be eaten with one hand, it can wait. The phone is turned off so socialising isn’t a problem. I can see friends any time, but this six-pointer with Nottingham Forest simply cannot wait.

FMA (Football Manager Addiction, soon to be listed in the Journal of International Medical Research) is a perplexing phenomenon. Many have beaten it, but many more are still consumed by it. If you believe you suffer from FMA, here are just a few of symptoms of the chronic affliction.

4 thoughts on “The life of a Football Manager addict”