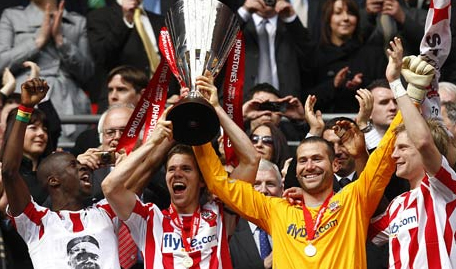 With that, and every chairman’s desire for promotion, and perhaps even more importantly, their desire to avoid relegation,  is the Johnstone’s Paint Trophy something that teams in the league’s bottom two tiers could really do without?

Recent evidence would suggest so, and decision makers seem to aware that the former  Auto Windscreens Shields Trophy and LDV Vans Trophy is often an unwanted distraction.

Past rules changes mean clubs can now only make five changes from their team the previous Saturday and all ties that end in a draw go straight to penalties.

The former is an acknowledgement that some managers want to make wholesale changes to their sides, a rule to stop clubs fielding the dreaded “weakened” team, and making the competition something akin to a lower-league Carling Cup.

Even with this rule in place, managers have still been determined to rotate their squads.

Most make the maximum five alterations and Sheffield Wednesday manager Gary Megson took the extraordinary step of making all three of his substitutions in the opening 17 minutes against Bradford City in the opening round of this year’s competition.

Wednesday lost that night on penalties after a 0-0 draw. Not that Megson would seem to care.

It is only seemingly when teams make it through a few rounds that the competition seems to take on some significance.

By the point the teams reach the regional semi-finals, managers, players and especially fans become aware of the possibility of a glorious day out at Wembley.

As many managers at the lower end of the Premier League argue with the Carling Cup, if a club elects to take the competition seriously then they have a real chance of having a tilt at some silverware.

One thing the Johnstone’s Paint Trophy certainly is, is the best chance clubs in Leagues 1 and 2 will have of lifting a trophy.

But unlike the League Cup, there is no chance of a big payday against the big boys, and thus, the competition still fails to ignite interest.

One thing going in its favour however is the regionalisation of the trophy, which means it lends itself to local derbys.

Sheffield United against Bradford was one these. The Yorkshire clash being the choice of the Sky TV cameras last Tuesday evening

The Bantams took around 1,000 fans and on a cold midweek night devoid of any other meaningful televised football, it was an excellent cup tie for the neutral.

There were plenty of chances, and terrific finishes from the Blades’ Matty Phillips and Bradford captain Michael Flynn meant the game finished 1-1 and went straight to penalties.

Bradford held their nerve to win 6-5 in a high-quality, high-drama shoot-out with goalkeeper Jon McLaughlin the hero.

But as empty red seats at Bramall Lane dominated the Sky cameras at the final whistle, will Blades boss Danny Wilson be devastated by the defeat on penalties?

Like his Sheffield counterpart Megson, I suspect he won’t, as both have their eyes firmly set on promotion back to the Championship.