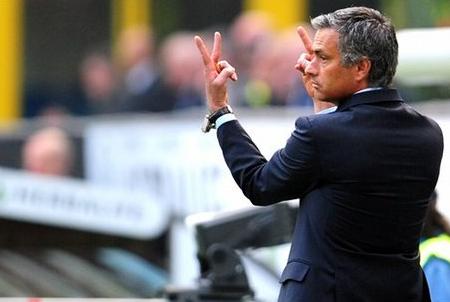 “When I grow up I want to score an injury-time overhead kick to win my favourite team the championship!,” said the first kid.

“When I grow up I want to make a last-minute penalty save to win my team the cup!,” said the second kid.

“When I grow up I want to take two minutes over a throw-in, thus ensuring the ball is in play for the least amount of time possible and thereby ensuring the opposition have less time to create chances, whilst also giving my teammates ample time to get behind the ball!,” said the third kid, before receiving a thoroughly deserved kicking from the other two.

Before the offence-seeking brigade get excited, the above incident of child bashing is purely imaginary. Imaginary not least in the respect that any kid anywhere on the planet since time immemorial would ever harbour such dreams as kid #3. Yet to listen to the hordes of football hipsters over the past week you’d think such a conversation can be heard in parks and playgrounds every day the world over.

In fact, to listen to the Jose Mourinho apologists in the past week, one could be forgiven for thinking that the time the ball is in actual play in a football match is the ugly sister to the unrefined beauty of elongated pauses, tactical fouling and injury feigning that provide those all so thrilling stoppages. If the hipsters genuinely believe such tactics to be a thing of beauty, one wonders why they watch the sport at all, considering the non-watching of football would provide the mother of all stoppages.

At Anfield on Sunday, the Chelsea goalkeeper Mark Schwarzer took two minutes to take a goal kick. The goal kick was awarded in the first minute of the game. It’s difficult to know what other conclusion can be drawn from this other than the Chelsea tactics to have been for the ball to be in actual play for the least amount of time possible.

If Schwarzer’s first minute dawdling left anyone in any doubt as to the deliberateness of this tactic, then the dozens of subsequent, similar incidents took as much of a wrecking ball to those doubts as Chelsea’s tactics did to the game as a would-be spectacle of entertainment. The hipsters refute the claim that Chelsea’s tactics were ‘anti-football’, but if a team’s tactic is to ensure the ball is not in actual play for the most amount of time possible, then surely this is the very definition of ‘anti-football’ or ‘against the playing of football’?

Mourinho’s apologists – through an act of sophistry – have managed to conflate the entirely separate arts of good defending and cheating. ‘Good defending’, they contend, ‘can be as beautiful an element of the game as attacking.’ Apart from the dubious merits of this argument (defending is a form of destruction and, whilst beautiful on occasion, destruction is rarely as aesthetically pleasing as creating), it provides a convenient excuse for the darker arts of the game to emerge, such as two-minute throw-ins and feigning injuries. But as the likes of Manchester United and Arsenal have shown over recent decades it is entirely possible to defend well without resorting to cheating.

At Anfield, however, the two did go hand-in-hand, which is why praising Chelsea’s defending is to condone their cheating. Mourinho’s side were able to defend as well as they did due to their time-wasting, which, of course, is a form of cheating. By stopping play at every opportunity they were able to reset themselves and never be lured out of position, whilst also disrupting the natural rhythm of the game, much to the detriment of their opponents. It only stands to reason that a free-flowing game will lead to more spaces opening up for attacking, creative players to explore.

Mourinho’s supporters can point to the not insignificant statistic that over two games against the top teams in Spain and England they did not concede a goal. However, for those clean sheets to be achieved they had to resort to time-wasting and injury feigning, neither of which are in the laws (not to mention, spirit) of the game.

Of course, none of this is new on the part of Mourinho. Memories of his Porto players rolling around on the turf in the 2004 UEFA Cup Final are vivid. As too are images of Didier Drogba rolling over the touchline and back into play so he could have one particular game erroneously stopped.

As long as weak referees fail to punish such antics (Martin Atkinson waiting until the 92nd minute to book a Chelsea player for time-wasting on Sunday amounted to a dereliction of duty) managers like Mourinho will continue to deploy these tactics. By 1990 teams’ overuse of the back pass to take the sting out of games led to FIFA introducing a rule that benefitted attacking sides, whilst making life harder for negative, defensive ones (one shudders to think what a Mourinho team would be like to watch if FIFA hadn’t broken with tradition and implemented a rare good idea!) Perhaps a similar intervention needs to take place now, lest football lose untold legions of potential followers.

After all, it’s hard to imagine any kids being inspired to take up the sport as a result of watching Chelsea’s last two games. If Mourinho-type tactics are allowed to flourish it’ll result in more and more games like Sundays, where the actual playing of football was conspicuous only by its absence. And whilst that may be music to the ears of hipsters everywhere it paints a very bleak picture for the rest of us.

Click here to watch Jamie Carragher and Gary Neville break down some key passages of play from the game.

6 thoughts on “The hipsters are wrong – Chelsea deserve scorn, not praise”