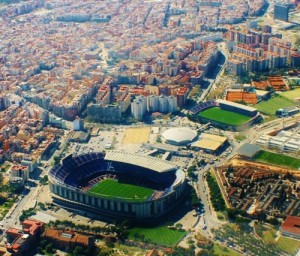 Barcelona B have a rather interesting history, being one of the most successful reserve teams ever, they play in the second tier of Spain along with Villarreal’s reserve team. Imagine Chelsea and Arsenal’s reserve teams playing in the Championship, it’s almost bizarre, yet a good idea nonetheless, as the young players featured in reserve teams get the valuable playing experience needed to progress into a talented footballer and if Barcelona do it, who are we to argue?

Both of these clubs will most likely never play in the premier league even if they win the league as reserve teams can’t play in the same division as their parent club so I can’t see the Barcelona or Villarreal first team getting relegated and the reserve team managing to get promotion, and if you see it happening may I suggest a trip to the doctors.

Barcelona B started out as SD España Industrial in 1934 as the club owner was also Barcelona president and so turned the team into the Barcelona’s reserve team. The club has changed its name multiple times over the years due to president changes before finally reverting back to Barcelona B under the current president so when he leaves don’t back against it changing again.

Obviously the talent of the players that play for the Barcelona first team are certainly not hidden however most of them started their careers in the reserve team; Xavi, Puyol, Valdes, Iniesta, Pepe Reina, Busquets, Motta, Pedro, Thiago, Messi and of course Pep Guardiola (who also managed the team before being promoted once again to first team coach). These players have all played at least 30 games for the B team. 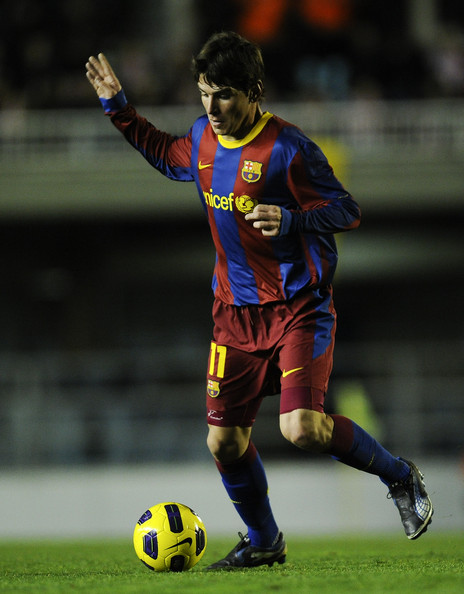 When watching Barcelona B play at the Mini Estadi (mini stadium) which is a small scale Nou Camp situated about 500m away, you may be mistaken watching the first team apart from the fact you may not recognise any of the players. The team plays a similar pass pass pass then score philosophy which is clearly imbedded in the players from an early age.The stadium holds 15000 supporters, although only achieved a 3500 average attendance last season but compared to Villarreal B who only got 1800, these attendances are still fairly impressive considering the reserve teams in Germany get less than 1000 and the Premier League Reserve play off final only achieved around 2000 people.

The current team isn’t just full of skilful 18 year olds, it has experienced players such as 24 year old 24 Carlos Carmona, 25 year old Jonathan Soriano and 22 year old Cristian Lobato. Soriano once played for La Liga club Espanyol but was released at the end of the 2009 season, Soriano has now played 74 times for the B team, scoring 54 goals scoring 32 of them last season, he has also represented Spain at every youth level.

There are of course some exciting prospects that feature weekly for the B team, 18 year old Rafinha ,who is the brother of Thiago and son of former Brazil midfielder Mazinho, joined Barcelona when he was 13 and has scored 3 times this season and he’s represented Spain at U16, U17 and U19. Another prospect is 20 year old Francisco Femenia or ‘Kiko’ for short, the B team bought him for €2 million from Hercules and scored in his second appearance this season.

So if you ever find yourself in Barcelona and don’t fancy shelling out for a seat in clouds at the Nou Camp, then I suggest you go to the Mini Estadi to see the latest hot prospects for a fraction of the price.

3 thoughts on “The hidden success of Barcelona B”