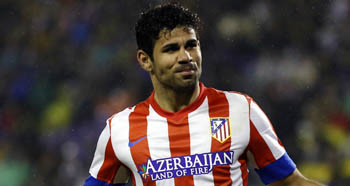 If last year Europe’s top leagues were a series of one-horse races, then this time around all the horses are out of the starting gate and falling over each other to reach the front.

While the usual suspects – Bayern, Barcelona – are still up there, the tables suggest that these races will be far closer than any witnessed in Formula 1 this season.

There’ve been a few surprises and you’d suspect many of the early front-runners won’t have the legs to sustain it across the season: a group of Usain Bolts when you need to be a Mo Farah.

Southampton, for example, are doing well to keep pace in the Premier League, sitting 5th at present, just four points off the top and boasting the league’s meanest defence. While it’d be brilliant to see them continue that throughout the entire term, you’d imagine the natural order will resume and they’ll finish outside the top six.

However, for many other clubs we are seeing genuine contenders, rather than great pretenders, emerge to if not lead the pack then at least be close on their tails.

Nowhere is this more evident than in Serie A, where Roma have managed a record nine wins from nine to sit five points clear.

This is a Roma side who finished 6th last year, lost a couple of their star players over the summer, as well as undergoing another change of manager – their sixth since Luciano Spaletti departed in 2009 – and without a league title in over a decade. Put simply, no one had them as contenders.

Yet there they sit, not just top but comfortably so, conceding – remarkably – just the one goal thus far, while also boasting the joint-best attack (23 goals, the same as Inter). Francesco Totti continues to defy all effects of ageing, at 37 playing as well as he has in recent years, and while the likes of Kevin Strootman and Adem Ljajic have put in performances beyond their years; even Gervinho has impressed!

Across in Spain, it is once again Atletico Madrid who threaten to break up the Barcelona and Real Madrid duopoly. It was the same last year, with a challenge they just about managed to sustain beyond January, but ultimately it ended up the same as most seasons.

Despite losing Falcao in the summer, they look even better this season. Diego Costa is outscoring Messi and Ronaldo, and with two victories over Madrid in the past five months, having previously gone since 1999 without one, including the Copa Del Rey, there seems a genuine chance they are now real title challengers. They’ve dropped just three points this season, sitting one point behind Barcelona and five clear of their Madrid rivals. Hear that? It’s the sound of noisy neighbours, and they’re only going to get louder.

While Barca lead the way in La Liga, their former boss Pep Guardiola is enjoying similar success in Bavaria. Given Bayern won the trouble last season, obliterating the competition both domestically and in Europe – including the Catalans – it was wondered just how Pep could improve the side, or if they even needed improving.

Eyebrows were raised early on as he attempted to mould the side in his image – Philipp Lahm, the world’s best right back…and left back, in midfield?! – but we are now seeing the full benefits of his regime.

While they continue to lead the way, though, their followers are a little closer behind this time. They won the league by a mammoth 20 points from Dortmund last year, but the Yellow and Blacks are managing to keep pace better this time around, just one point behind after ten games, having dropped five points.

The real story, though, is Bayer Leverkusen. They are level on points with Dortmund, and are in effect the Bundesliga’s Atletico Madrid. Third place has been fairly established as theirs, but there a now signs of a real challenge emerging, led of course by Stefan Kiesling, one of the league’s most prolific, consistent strikers (just don’t tell Joachim Low), and the wonderfully two-first-named Sidney Sam, with ex-Liverpool defender Sami Hyypia the man in the dugout. They won’t win the league (Bayern will), and they probably won’t finish second (Dortmund), but it’ll be a third-place with a side of feeling they could achieve even more.

Coming back closer to home, the top flight of English football is currently partying like it’s 1991, with Arsenal and Liverpool flying high in first and third respectively, separated only by the second coming of Jose.

With Manchester United in transition and City struggling, this seems like the perfect season for the pair to attempt to regain their places in the Premier League’s elite. Arsenal, with Mesut Ozil dazzling and Aaron Ramsey scoring so frequently the only thing that’s died is that joke, there is a chance they could genuinely sustain it, especially if they can bring in another striker come January.

Liverpool, meanwhile, have brought in the SAS – Suarez and Sturridge – and, on current form, there probably isn’t a better front two anywhere in the world. There squad isn’t necessarily the strongest, so they seem less likely to sustain this challenge than the Gunners, but they’re certainly in with an excellent chance of a top four finish and a long-awaited return to Champions League football.

Of course, come March all of the sides will probably have fallen by the wayside, and the title winners will be Juventus, Barcelona, Bayern and Chelsea by some distance. But for now it’s just enough to enjoy the possibility of exciting, close title races across Europe’s biggest leagues, regardless of who wins in the end.

It’s so much the destination as it is the journey.