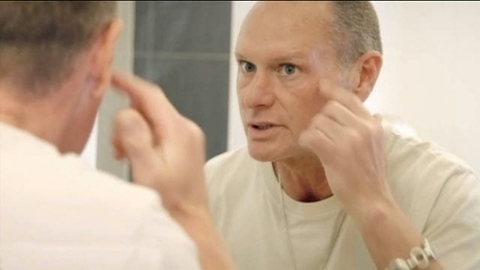 The greatest footballers have that one moment in a major international tournament that seals their place in the pantheon of greats.

Pelé, at 17, became the youngest ever World Cup goalscorer in 1958; Johan Cruyff had the Cruyff turn in ‘74; Diego Maradona weaved past seven England defenders in ’86.

Paul Gascoigne, while never reaching the level of the above-mentioned, still had touches of genius as one of the most naturally-gifted footballers the British Isles has ever produced.

That glorious volley against Scotland at Euro’96 was perfect evidence of that.

However, six years on from Gazza’s tears at Italia ’90 – which anointed a new age in the romance of English football, after years of tragedy, hooliganism, and stagnation – this goal merely highlighted what could have been.

In fact, like other poignant cases of alcoholism – be it George Best stealing money for alcohol in 1981 or Brian Clough holding Terry Venables’ hand ahead of the 1991 FA Cup final – the football field, eventually, could not conceal the deeper issues.

Ironically, the romance of Gascoigne, for him personally, ended long before Euro ’96; that night at the Stadio delle Alpi in 1990 did not herald the personal glory for Gascoigne that it should have.

The dream swansong  for Tottenham – ahead of a British-record £5.5 million move to Lazio – at the FA Cup final in 1991 was not provided after a wired Gascoigne ruptured the cruciate ligaments in his right knee.

It would be the first of 26 operations in a 19-year career.

Gascoigne became the England team’s posterboy and while the garrulous, naive exterior and practical jokes suggested he was at ease with the role, the facts did not.

A supposed sell-out, Gascoigne was punched off a bar stool in Newcastle in 1992 – putting his Lazio debut back even further.

A constant struggle with his weight and fitness often led to Lazio manager, Dino Zoff, opting against selecting Gascoigne as one of his three foreign players – with Aron Winter, Thomas Doll and Karl-Heinz Riedle also at the club.

Gascoigne endured a tense relationship with England manager, Graham Taylor, amid his penchant for “refuelling”.

A leg break in April, 1994 put paid to Gascoigne ever reaching the glorious heights his early years promised – despite winning titles with Rangers 1996 and 1997.

In short the triggers were all there for Gascoigne’s rapid fall from grace as his one love, his football career, neared its end.

The ecstasy of the Wembley roar could not be found anymore: amid Gascoigne’s dentist chair escapades in Bangkok, Glenn Hoddle opted against selecting Gascoigne for the 1998 World Cup.

Sectioned under the Mental Health Act ten years later – which was the trigger for a desperate suicidal attempt on 5 May, 2008 – Gascoigne’s life has been an intense struggle.

Whether it was near-bankruptcy in 2009 and a bizarre appearance at Raoul Moat’s hideaway in July, 2010, Gascoigne has not been able to banish his demons.

An incredibly difficult 12 step – the first time he did not use rehab – detox from cocaine and alcohol at Bournemouth’s Providence Project centre has not had the desired effect for the 46-year-old.

Gaunt, shaken and incredibly vulnerable, Gascoigne fall remains a central ‘story’ for newspapers’ front pages, whether it is his slurred after-dinner speaking, Botox injections, gambling problem or his bank account being hacked.

It was once a, supposedly, mutually-benefiting relationship.

There is now one crucial difference from that balmy night in Turin: Gascoigne’s tears now have an altogether different poignancy.

The Gazza swagger and bravado has long disappeared. This is the man, Paul Gascoigne.