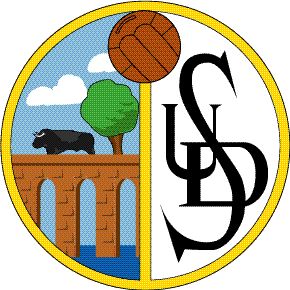 You could say that the footballing history of most countries began with an Englishman. The national football story of many nations begins with an English engineer, sailor or student stepping off a boat or train with a ball under his arm and a poorly organised kick-about with friends and locals invariably follows.

For many years the Englishman remained the expert, the teacher, and even up to the 1950s the English trainer, manager, football missionary was highly influential. The lives and careers of men like James Richard Spensley, Jimmy Hogan, Vic Buckingham, Fred Pentland and George Raynor are testament to the formative role that these English footballing proselytisers had on the global game.

The role of the Irish is somewhat less obvious though people like Paddy O’Connell, Jack Kirwan and Monaghan-born Anna Connell (who played a significant part in Manchester City’s foundation) have had some influence beyond our borders. However some of those that influenced the development of the game abroad remain unknown to us to this day, as is the case with the group of Irish students who helped introduce the game to the city of Salamanca and to found the predecessor of Spanish side UD Salamanca.

The first football club in the Spanish city of Salamanca (located about 200km West of Madrid) was founded by Irish students in 1907. This isn’t as strange as it might first seem, Ireland has a greater connection with Salamanca than simply the name of a Dublin tapas restaurant. Salamanca as one of Spain’s oldest University cities was home to an Irish College, part of a series of educational institutions that were founded throughout Europe during the 16th Century.

These institutions became home to one of the first waves of the Irish diaspora after the political turmoil of the times; the Munster and Ulster plantations, the Nine Years War, the Confederate War and the Cromwellian conquest drove many of the Gaelic Irish and Old English into the Catholic armies and seminaries of mainland Europe, indeed many of these colleges still exist or perform some similar role today, the Irish College in Rome still trains Catholic clergy while the Irish College in Paris is now a Cultural centre for Irish students and artists. That Irish students were present in early 20th Century Spain to form the Salamanca Football Team which competed in the early editions of the Copa del Rey shouldn’t surprise us.

While we even know the café where the club was founded the names of the Irish students involved sadly remains unrecorded. Although the early team folded a new side was formed in 1923 as Unión Deportiva Salamanca, they were a yo-yo club for much of their existence but managed to spend 12 seasons in the top-flight and were Segunda division champions on three occasions. However there are to be no more seasons at Spanish football’s top table as the club ceased to exist earlier this Summer in the 90th year of their being.

The story of their demise is a familiar one, and one that is likely to be repeated again in the near future. Relegated from the Segunda at the end of the 2010-2011 season, struggling Salamanca’s debts rose, following the drop to regionalised football, UD Salamanca’s financial problems worsened and by the time the club entered liquidation in June 2013 they owed €23 million to creditors. This raised the very real prospect that the city could have been without a football team for the first time in nearly a Century.

It is into this territory of uncertainty entered Juan José “Pepe” Hidalgo, a local businessman made wealthy through his Globalia company which deals in tourist flights and a chain of hotels. Only days after the liquidation of UD Salamanca a new club, Salamanca Athletic was formed and Argentine coach Gustavo Siviero, formerly in charge at Real Murcia was appointed to manage the fledgling side.

After much wrangling between the Spanish Football Federation and the local judiciary (the football federation initially blocked the new club taking UD Salamanca’s place in the Segunda B division,a decision that was subsequently overturned by the courts) the historic town of Salamanca looks like it will have a football team in place for the 2013-14 season, and will most likely play in UD Salamanca’s old home the Estadio el Helmántico

In the chaotic and financially turbulent world it is pleasing that over a Century after some Irish students introduced football to the city, Salamanca will still have a team to support.

One thought on “The fall and rise of UD Salamanca”