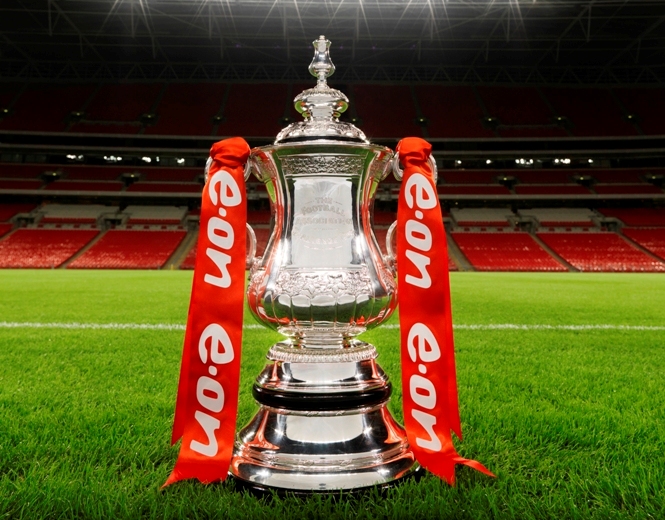 As the start of the season grows ever nearer, fans up and down the country will begin to accept that the chances of that ‘20 goal a season’ man or ‘midfield maestro’ arriving to provide the X factor/final piece in the jigsaw they so crave are ever more remote. Instead of drawing up a wish list of new signings, it’ll soon be time to discuss the merits of the current bunch of legends/flops/promising youngsters etc. whose wages are the reason your season ticket is an inflation busting drain on your bank balance.

The talk will then turn to what would constitute a successful season, depending on where your allegiances lie, European qualification may be the bare minimum, or maybe you’d be happy as long as your favourites avoid relegation, even if this involves a last day ‘great escape’ where you need a calculator to work out the relevant permutations of results elsewhere. For some fans nothing less than the title will suffice, and in these uncertain times there will be those hoping they still have a club to support in 12 months’ time.

In years gone by, somewhere near the top of most fans pre-season wish lists would be the FA Cup. In the current climate however, the oldest club competition in the world is seen as at best a bonus, and at worst a fixture list clogging inconvenience.

The media outlets who have shelled out for the rights to broadcast the FA Cup continue to talk of it as ‘the jewel in England’s football crown’, it’s ‘the envy of the world’ they tell us, and the phrase ‘English football’s showcase’ is the moniker commonly attached to Cup Final day. They have paid good money for this product and it is clearly in their best interests to keep us believing in the ‘magic of the cup’.  Unfortunately, to break the illusion of this particular ‘magic’, all it takes is a quick scan of the starting line-ups of most top level clubs when the FA Cup interrupts the more profitable business of league duty.

In the eyes of many observers the FA Cup began its slide into irrelevance at the turn of the millennium, when Manchester United, champions of England and all of Europe, did not defend the third leg of their historic treble. They were instead in Brazil competing in the FIFA Club World Championship where they succumbed to the utterly mental but vastly talented Vasco da Gama strike-force of Romario and Edmundo (and also the runs apparently, but I’m not sure that’s relevant).

Whether or not you place the blame with the Manchester club, or more likely the FA’s desire to raise the profile of English football is of no consequence. It is clear that the FA Cup no longer holds the prestige it once did and for many the lack of enthusiasm can be traced back to that ill-fated Brazilian expedition.

However there are clearly other factors at play. Ironically one of the biggest problems facing the FA Cup is the success of the domestic league. The financial rewards for success in the Barclays Premier League are so great, and the consequences of failure so dire, that clubs have no choice but to focus on league duty even if it is to the detriment of cup glory.

Managers such as Ian Holloway, Mick McCarthy and Gerard Houllier have sent out shadow squads in the FA Cup, reasoning that a good cup run is less desirable than having a fresh first eleven for the next league game. Any condemnation of these actions has mainly emanated from the media, the clubs support, while not being delighted with the notion of essentially accepting defeat, know that come the end of the season it’s the league that matters.

Amongst clubs in the higher echelons of the league the attitude is similar. Messer’s Wenger and Ferguson are of course not concerned with relegation, their disdain for the FA Cup is based on its tendency to add bulk to an already weighty fixture list.

In season 2010-11 even one of the cup’s most appealing features, a David against Goliath battle on Goliath’s home turf, failed to grasp the public’s imagination. Manchester United against Crawley Town at Old Trafford was tainted by the non-league clubs (relative) financial extravagance and universally disliked manager Steve Evans.

However it is not inconceivable that the FA Cup can re-gain its former, and rightful place in the hearts and minds of English football supporters. For this to become a reality though, reform will have to be embraced even at the expense of traditionalism or sentimentality.

For a start the antiquated practice of replays should be discarded. Very few things encourage the ire of the big four/six clubs more than a cup replay popping up at the ‘business end’ of the season. A more streamlined FA Cup would encourage them to take it more seriously and would be a relief to already overworked players. Replays are often an anti-climax when compared to the original tie. Take Leyton Orient against Arsenal last season, a heroic and pulsating 1-1 draw was followed by a 5-0 cruise for the Premier League club. Sure the Orient support got an evening out at one of the finest arenas in world football, but from a footballing point of view they gained little. The argument of course will be that in this situation the financial benefit of a replay to Orient takes priority over any notion of footballing romance. In response to that, a system of income distribution more heavily weighted toward the lower league club, offsetting any potential financial loss associated with a one off tie, would be an easy sell to Premier League clubs if it meant the end of replays and the easing of fixture congestion. It would also surely increase the potential for everyone’s favourite cliché ‘the FA Cup giant killing’.

Aside from the grand old trophy, the reward for triumph in the May sunshine is a place in UEFA’s Europa League. Unfortunately to most supporters in England this competition makes the ‘Johnstone’s Paint Trophy look prestigious. A real reward at the end would make the cup a much more enticing prospect.

So, how about a playoff between the FA Cup winners and the fourth placed team in the Premier League, with the winner receiving that much coveted chance at Champions League glory nights against the best Europe has to offer? Admittedly this would upset a few (sorry Arsene) but imagine how seriously teams such as Tottenham and Liverpool would take the FA Cup if it offered a route into the Champions League? And anyway is the fourth placed team in a league of twenty really more deserving of that spot than the national cup winners? While we’re at it why not hold the playoff game abroad (Dubai, China, the US) along the lines of the FA’s proposed 39th game (remember that?). The revenue from a game like this would be extraordinary and could be re-invested at the grass roots of the game. The presence of the two Glasgow giants is a proposal that would certainly liven up proceedings, as well as delighting TV executives (although probably not police chiefs).

You may well feel that these ideas are unworkable, or that the FA Cup should be a bastion for traditionalism, but ask yourself, how high is cup success is on your team’s agenda? Does a defeat in the cup hurt as much as one in the league? Wouldn’t it be nice to have a competitive, compelling national cup competition even if it was at the expense of a few traditions?

2 thoughts on “The FA Cup must embrace reform”