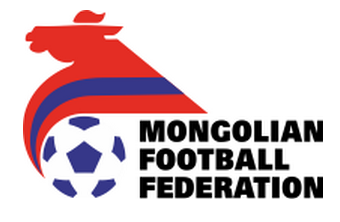 Paul Watson has proven in the past that he doesn’t shirk a footballing challenge. His previous role in management involved leading the island of Pohnpei in the Federated States of Micronesia (a place that suffers a 90% obesity rate, tropical storms every day, mass unemployment and a substance abuse problem) to their first ever victory in Guam.

Now Paul has moved to Mongolia, the most sparsely populated country on Earth (with 30% of Mongolians living a nomadic existence) that experiences temperatures as low as -30 degrees Celsius, and has been tasked with creating from scratch a club for next season’s Mongolian Premier League. Paul generously gave up his time to speak to me about the project and lay out his plan for the year ahead.

A director of the Mongolian Premier League called Enki Batsumber saw an article in Vice Magazine about what Matt and I did in Pohnpei. They have been looking for some time to set up a club in Mongolia which is the strongest team in Mongolian history and runs like a professional English club. So, Enki approached us and asked if we’d be interested in setting up this club. He then came to England, we saw that he was someone we could work with and so said yes.

What goals are you setting for yourself and the team during your time in Mongolia?

The process will have to take place in several stages. First we need to get the club up and running. We will be holding open trials but also approaching players at other clubs and signing them. At the same time we are building an academy system for kids. Part of that involves going into schools where often kids have never been coached before and running some sessions as well as picking the most talented to join the academy. In the long term we have to create the best team in Mongolia – nothing else would be seen as a success.

What do you see as your biggest obstacles?

I think the main obstacle is the timescale. It can take a while to build a team from scratch and we need to have a team capable of winning the league by next April. We are also constantly on the lookout for sponsors as the whole thing will need some financial backing to succeed. The weather is troublesome as it’s below freezing and set to get closer to -10 or -20 over the next two months, so we will be training indoors but there are very few good indoor facilities and so the ones there are tend to be pretty expensive.

What have you identified as the biggest cultural differences between Mongolia and the UK so far?

That’s a tough one! There are quite a few! Driving here is absolutely crazy – there are no rules. I saw a bus pull off a U-turn yesterday. People are quite bemused by an Englishman arriving in the middle of winter but everyone’s pretty friendly.

Your time with the Pohnpei national football team, and the successes you enjoyed, has been widely reported. What skills will you be able to transfer from that position to your new one?

I think the Pohnpei role allowed me to gain experience in building a project from scratch and also working with fairly thin resources. It also taught me to work in a foreign culture that at first seems quite strange and to understand the importance of learning as much as you teach.

In Pohnpei the lack of funding was a recurring problem. Will you have financial backing at Khuree FC?

We do have financial backing but we are also on the lookout for more. Our plan is a pretty big one so it will need some sponsors. However, it is my first professional post, which after Pohnpei is a nice change.

Your time in Pohnpei will be brought to the big screen at the end of the year in The Soccermen. How excited are you about the forthcoming production?

It’s extremely exciting, but also a little scary! I think all coaches like to think they are smooth Jose Mourinho types but I’m sure that in reality I was a jibbering wreck at the most tense periods. It will be a great documentary though I’m sure, Matt has put in an awful lot of work and I can’t wait to see it.

Your collaborator in Pohnpei and with The Soccermen was your good friend Matthew Conrad. Will he once again be joining you in Mongolia?

Matt will be coming out soon. He’s just finishing up The Soccermen and then he’ll be jetting into Ulan Bator. It’ll be fantastic to have him out here – he’s a brilliant coach and a really positive presence. I could never have coped in Pohnpei without him.