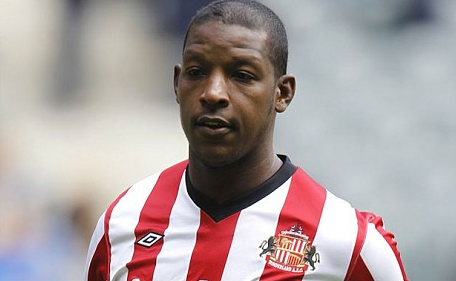 On Wednesday lunchtime, I was sat in a bar in town with a friend, catching up over a quick pint. Sky Sports News was on the screen, with a big flashing gold bar across the bottom. ‘Great’, I thought – that feeling every sports fan gets when that bar appears.

A big-money move from Ipswich to Newcastle in 2002 labelled him a massive flop for the cash. Shipped out to Wigan in 2007, he had a couple of great seasons before moving to Sunderland during the summer of 2010 for another £1m. A few England U-21 caps in there too, and we have the story of Mr Bramble.

His performances are a little eclectic. One moment, you’d think he’s been playing international football for years, and is at the top of his game. At others, well, he leaves a lot to be desired…

It cannot be denied, he puts in a good shift no matter what – he’ll always be willing to run his shirt off to make sure his team try and win. He can also put in a cracking tackle, if a little late on occasions. But his lack of common sense can be the absolute death of him. What has become known as the Titus Bramble Chop, certainly in our football games at home, involves a clip of the heels before stumbling over the other player trampling all over him – which we’ve seen plenty of times.

Bramble comes across as a bit gormless, but in reality, he’s a very clever bloke who knows full well what he’s doing. Which is why I was so surprised about the headline in the week.

Obviously, I have to stress at this point that these are only accusations and he is innocent until proven guilty, but it’s a surprise either way that someone who has come across as a very professional bloke could do something that’s not exactly the actions of a role model.

His experience and his pride of his club is what makes him such a sought after player. His slightly crazy moments at crucial times makes the fans wonder why their club are after him.

Either way, I just hope these accusations against him, and his suspension at Sunderland, are over quickly. Because the Premier League isn’t quite the same without the wonder that is Titus Bramble.

2 thoughts on “The Eighth Wonder of the World – Titus Bramble”