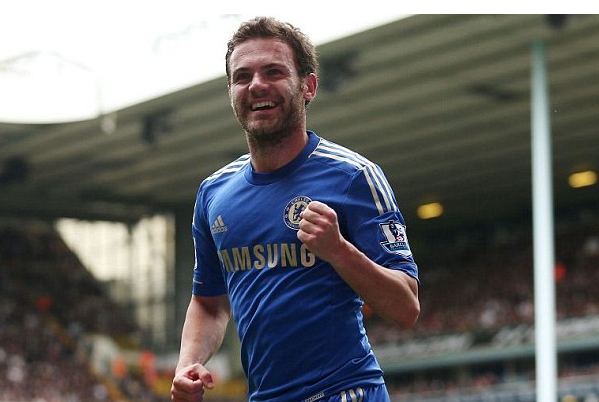 The situation regarding Juan Mata, Jose Mourinho and Chelsea has been hardly undocumented or unspoken about for the last several months. There has been criticism for both individuals involved but to say that his exclusion has been completely Mourinho’s fault or completely Mata’s fault would not be correct.

Knowing the person Juan Mata has portrayed himself as, over the last two years, to think he was disgusted with his substitution is not very likely. It is, however, more likely that the Spaniard is more frustrated with his own performance, because he has every right to be. Blinded by the two Chelsea Player of the Year awards under Mata’s belt as well as being the club’s driving force over the last two years, most fans would be outraged by this. But if only we remove that tint from our glasses, Mata has hardly been the creative livewire he was in the past two seasons.

This, may well be due to the fact that Mata had played in the hole behind the striker – or the ‘no. 10’ position – for the best part of the last two seasons. Though he started out on the left wing under Villas-Boas, Mata’s best performances in the Blue shirt have come in that role behind the striker, where he was given a free license  by both di Matteo and Benitez to pull the strings, in a role primarily sans defensive responsibility. However, Mourinho has asserted right from the beginning that Oscar will be his no. 10. and to be very fair, the Brazilian has fully justified his manager’s faith in him with some fantastic performances.

Mata is arguably, the better no. 10, but Oscar is the more complete player out of the two. With Oscar’s defensive abilities, Chelsea can easily shift between a 4-3-3 and 4-2-3-1 on pitch, and even at times, cover for Ramires or Lampard as they go forward on their marauding runs. What we learned from the Southampton performance is that Mata knows that getting back the no. 10 position is going to be an uphill task for him, so he has started to do everything to get the right winger position, which is where he played at Valencia, albeit a bit further forward, in a 4-3-3.

In the 50 or so minutes he got at Southampton, Mata featured predominantly on the right. Considering he was playing with Andre Schurrle and Eden Hazard – two players who are more suited to playing on the flanks, the Mata we have gotten used to seeing would have assumed the no. 10 role by default, having been given a rare opportunity to start there. However, Mata stuck to the right flank, knowing it was probably his best shot at trying to establish a first XI position.

The issue with the Spaniard yesterday and perhaps overall this season, however, is that he does not have the energy required to play in that position in Mourinho’s system. With Willian (who seems to be Jose’s first choice and rightfully so) and Oscar, both have the aforementioned energy to drop back and defend, press high and hard and still have the drive to attack. Mata’s defensive contribution has certainly improved compared to last season, (he completed 3 tackles out of 4 attempted, one more than Ramires) but one has to wonder if it has taken a toll on his attacking.

At the weekend, it looked as if Mata was so focussed on his off-the-ball work like pressing and closing down Luke Shaw, that in possession of the ball, he seemed to slow down the tempo of the Chelsea attack. Though he boasted a 100% passing rate and completed some smooth exchanges with Eden Hazard, attackingwise, he did not look like the player last season who could unlock just about any defence in the league.

Comparatively, Willian is a quicker player who does have the stamina to run end-to-end for both causes. As soon as the two Brazilians came on, the tempo of the game changed and Chelsea were able to break through the Southampton defence with some high-intensity moves.

Even against the likes of Stoke and Sunderland, who for the large part let Chelsea have the ball, Mata seemed unable to influence the run of play like he used to. This must have been the main reason for Mata’s small outburst of frustration, because he is not grabbing his chances by the scruff of the neck. It is as if Mata, in order to become a ‘Mourinho’ player, has forsaken his natural game but is not enjoying much success on the other side either. The most perplexing thing is that when he came on vs Spurs in the second half, he seemed exactly like the Mata of old, but with much more energy and drive. He made the most tackles in the game, set up a goal and almost got one himself.  Should he have continued like that, Mata would be an undroppable player in Mourinho’s XI by now. Barring a Man of the Match performance vs Arsenal in the League Cup, we have not really seen Mata produce a performance of that intensity since then.

There has been many a finger pointed at Mourinho for ostracising Mata when Mesut Ozil – a player with qualities very similar to Mata – was one of the Portuguese’s favorites at Madrid. The difference between Ozil at Madrid and Mata currently, is that Ozil could produce the goods up front on a regular basis, even if his defensive contribution was not much and he went amiss in a few big games. It is unfortunate to say, by his standards, Mata has been unproductive in front of goal this season. Though blame may also lie with some woeful finishing on part of the strikers, Mata is also yet to register a goal in the Premier League this season. One may contend that benching him has landed a dent in his confidence, but he has been given a lot of starts in the last few weeks and is still not returning the faith in the fashion a player of his calibre should.

In short, Juan Mata is probably going through one of the worst patches of form in his career. And to make it worse, Chelsea actually seem to be playing better without him on field at the moment. To say that for a player of his talent and quality to be warming benches is a shame would be an understatement.

To take cue from the Dark Knight, Juan Mata is probably the hero Chelsea deserve, but not the one it needs right now.

With Jose Mourinho saying yesterday that he does not want to let go of Juan but the door is open, the ball is in Mata’s court. Ultimately, it comes down to two options for him. Behind door number 1 is to let history repeat itself. In Mourinho’s first era, Joe Cole went through a similar patch, whereby he was criticised by Mourinho but his performances were not extraordinary either. He took all his frustration, catalysed with Jose’s words and transformed it to fuel his will and drive to improve. Cole went on to have a few world-class seasons with Chelsea before injuries got the better of him, but the former Chelsea no. 10 himself has admitted that the period he went through made him a much better player.

Mata can choose to draw inspiration from the Englishman and try to adapt his game further and get back to his best, such that Mourinho cannot even debate over his selection. If Mata’s heart is really at Chelsea, there is no doubt he will do everything in his capability to bring his form back and ideally, this is what every single Chelsea fan would like to see happen.

Behind door number two would be a move away from Chelsea. Understandably, this would seem a better option given that the World Cup is imminent and Mata would like every bit to be part of it. He could find a club that would suit his style of play and would assure him much gametime. It is probably almost inevitable that Mata will find success once he finds his feet at a new club, because he is simply that talented a player and given his reputation, there will be no lack of clubs waiting at his doorstep, with Atletico Madrid, PSG, and Inter Milan all linked so far.

Whatever he chooses to do, any football fan would hope Mata can find his form once again and entertain us by playing those immaculate long balls, perfectly-weighted through balls and bring out the best in his teammates as well as himself – the kind of football we know he can play.

8 thoughts on “The Curious Case of Juan Mata”