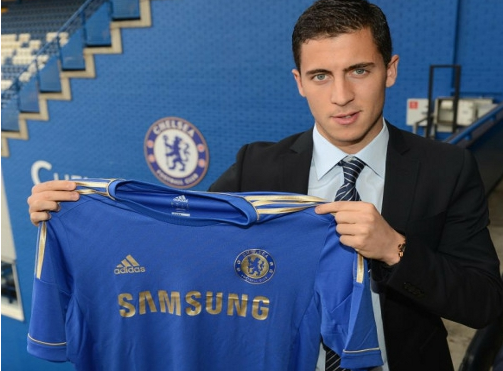 They say you get what you pay for. But they weren’t talking about footballers.

When you buy a footballer, you usually get a “bargain” or a “waste of money”.  You usually over-pay or under-pay.  You rarely get it spot-on.

Demba Ba, Cheik Tiote and Yohan Cabaye were all bargains.  In none of those cases did Newcastle get what they paid for.  They got so much more.

The same can be said for Nemanja Vidic, Petr Cech, Gareth Bale, Phil Jagielka and Vincent Kompany to name a few.

The combined transfer fee for the 8 players above was just £39.2million.

The other end of the spectrum is too obvious to detail.

We all know who our clubs paid over-the-odds for.

The point is – no one knows what a footballer is truly worth because there’s no logical tool with which to compare them.  Apart from common sense.

If David Luiz is worth £26million, then Kompany must be worth fifty.  But City bought him for £6.7million.  Six-point-seven-million!  So Luiz is over-priced by about £23million, right?

Only the transfer market is not built out of common and economic sense.  It is too often built out of desperation and a blurred sense of value for money.  It depends on how much a club is willing to pay, rather than how much a player is actually worth.

And yet there is a new arrival to the Premier League who proves me wrong; a player who may be worth exactly what his club paid for him.

£32million for Eden Hazard may never be called a bargain.  But at the same time, he wasn’t overpriced.  Chelsea paid exactly what he was worth and they’re already reaping the benefits.

I know we’re only two weeks into the season, but if Hazard doesn’t win at least one player of the year award something’s gone very wrong.

So I guess sometimes, only sometimes, in football you do get what you pay for.

It’s too early to say which of this year’s new signings will be deemed a waste of money.  But Michu was a bargain, Kagawa a slightly more expensive one, and Hazard, for all his tweeting and self-aggrandising, was correctly valued to the very last penny.

The transfer window closes today and as always there will be plenty of last-minute deals.  There will be inflated prices quoted and in too many cases paid.  And the transfer market will still be the crazy tombola of chance it’s always been.

In most places, if you didn’t get what you’d paid for you’d take it back.  And if you got more than your money’s worth, it wouldn’t be that cheap for long.

But the Premier League isn’t like most places.  It’s somewhere all of its own.