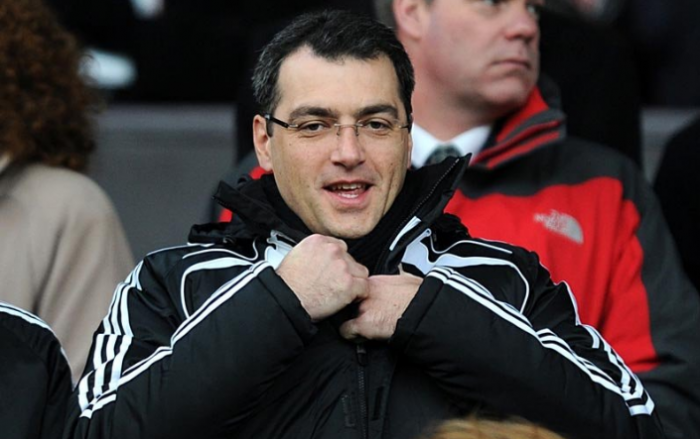 On March 22, it was announced by Liverpool FC that Damien Comolli had been promoted from his previous position as Director of Football Strategy; making the seemingly insignificant step to become the new Director of Football. This went by largely unnoticed and, for those that did happen to become aware of this, was treated with a general wave of indifference. On a personal level though, this raised certain questions, most notably: “How will this effect the team?”, “Is this really even a promotion?” and, much like the appointment of the Deputy Prime Minister, “What does he actually do?”

The role of Director of Football (or General Manager, as it is known on the continent) is one that attracts minimal attention amongst football fans and when it does it is usually for all the wrong reasons, such as the bitter war of words between Real Madrid coach José Mourinho (never one to be shy of controversy) and the La Liga club’s general manager Jorge Valdano. It is a perfect example of the problems associated with the role and, more importantly, the relationship between the director of football and the manager at a club. The main reasons behind these occasional disputes seems to be that the job is such a varied one and thus it is not always clear where the manager’s role ends and the director’s begins. They can be assigned to do any number of different duties; they can act as intermediaries between the board and the manager, carry out various tasks behind the scenes, represent the club as an ambassador at external events, advise the manager on strategic issues and/or deal with transfer business.

The example of José Mourinho and Jorge Valdano is one that highlights the kind of circumstances wherein these heated exchanges occur. José Mourinho has always been of the Sir Alex Ferguson mould, insisting on being aware and in control of almost every element of the running of the club. This, combined with the type of Director of Football who also likes to be heavily involved, leads to a “clash of egos”, if you will. It is difficult to see a dominant manager such as, for example, Blackpool’s Ian Holloway calming standing by while his superior constantly intervenes in his affairs as manager. In fact, it could well be argued that the success of Blackpool partially comes down to Holloway’s commanding approach to the running of the club, particularly evident earlier this season regarding his threats to quit the club amidst claims that he would be fined by the FA for fielding a weakened team against Aston Villa; which were eventually realised this January. “I’m not having anyone tell me who I can play. My chairman doesn’t tell me so why should the Premier League?” These were the fiery words from the much-loved Blackpool manager, and a appropriate demonstration of his vivacity and dominant managerial style. Fortunately, for the benefit of Blackpool supporters and the enjoyment of anyone else who watches the Premier League, Ian Holloway did not go through with his threat to step down.

Still, for every example of a manager/director of football “partnership” that fails to instill confidence in the team, there is an example of one that works seamlessly. At the risk of making a impartiality faux-pas, the situation at Liverpool comes to mind. With the return of “King” Kenny Dalglish, Liverpool have a manager who has an immense passion for the sport and the team; but, more specifically, they have someone who will focus most of his effort on the players and their performances, leaving Damien Comolli and the rest of the background staff to handle other club matters. Damien Comolli himself constantly divides opinions amongst football fans and critics alike, but he may have perhaps found a place to call home, after spells at Arsenal, Tottenham and St. Etienne. At Anfield, he has already set about improving the club, being pivotal in acquiring the signings of Liverpool’s much-discussed new strike partnership of Andy Carroll and Luis Suárez, as he did at Tottenham and Arsenal with Gareth Bale, Luka Modric, Kolo Touré and Gaël Clichy, to name but a few. So for everyone concerned at Anfield, it seems, in Comolli’s own words, “All the signs are very positive”.

In short, Liverpool are looking solid, Real Madrid aren’t, Ian Holloway will continue to admirably speak his mind as manager of Blackpool, and Directors of Football will carry on bemusing fans and frustrating their managers in the immense power struggle that is football management.

2 thoughts on “The Board Supremacy”