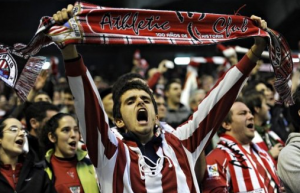 The Basque country is something of a historical relic. The region was never conquered by the Romans and the Basque language, bears no resemblance to any other living language. The Basque people are notorious for doing things their own way and have fought fiercely for decades to protect their local customs from the imposition of Spanish culture.

This independent spirit extends to the region’s biggest football club, Athletic Bilbao. The club, nicknamed Los Leones (“The Lions”), are a unique organisation in world football, having achieved considerable success whilst preserving their core traditions and maintaining close ties to their local community.

Athletic are renowned for their “cantera” policy of only recruiting players who are native Basques or who grew up and trained in the Basque country. The policy has resulted in Bilbao gaining a strong reputation for promoting home grown players and investing in world-class youth development facilities. But, despite this focus on local talent, in its formative years the club owed much to the influence English football .

Athletic are one of the oldest football clubs in Spain thanks to the introduction of the game to the area by English miners and shipyard workers who migrated to Bilbao to work in the region’s flourishing steel industry in the 1890s. These workers, along with Basque elites who had studied in England and developed a taste for football, founded Athletic Club in 1898, the precursor to club as we know it today. The connection with England does not stop there. The club’s famous red and white striped kit was inspired by Southampton’s strip after a student from Bilbao brought back fifty of the Saints’ kits for the club to use. As the colours matched those on the flag of the city, the red and white stripes were adopted as the clubs official colours, and have remained unchanged since 1910.

The club was one of the most successful in Spain during the early years of the Copa del Rey and La Liga, its golden era coming in the 1930s when Les Leones won four league titles and four cups. Much of this success was orchestrated by a string of English managers, including William Garbutt and Fred Pentland. The latter transformed the fortunes of the club by introducing a short passing game, somewhat ironically now, given England’s use of route one football and the Spanish love of Tiki-Taka. In fact, nine of Bilbao’s first 15 managers were English and the connection is kept alive by the use of the anglicised “Athletic” rather than the Spanish “Atlético”.

But, now the tables have turned and English football can learn a great deal from the way Basque club develops local talent and how it maintains its relationship with the local community.

The famed cantera policy operated by the Athletic has undoubtedly ensured that the Basque country has remained one of the powerhouses of Spanish football.  The tiny region has contributed more than its fair share of players to the national team over the years, including past greats such as Telmo Zarra and Andoni Zubizarreta, as well as current stars like Xabi Alonso and Javi Martínez. With so much current criticism being levelled at Premier League clubs for not developing English talent, Bilbao’s example shows that investing in local development and promoting young players through the ranks of the team can have significant long-term benefits for the national team.

Furthermore, Athletic’s recruitment policy hasn’t been to the detriment of their success. The Basque club are one of only three teams in Spain never to have been relegated from La Liga in its 82-year history. They are the fourth most successful side in the league’s history, winning it eight times in total, and have won the Copa del Rey more times than Real Madrid – 23 in total. Success in recent years has been hard to come by and key players like Fernando Llorente and Javi Martinez have been prized away with big money moves abroad. But, the club has stuck with its philosophy and the emergence of a number of exciting young players, including Iker Muniain and Manchester United target Ander Herrera, sees Athletic currently battling for a Champions League spot.

As a one club city, Athletic is a uniting force in Bilbao. The city might be known as the home of the Guggenheim museum, but for the locals San Mames, Athletic’s home stadium, is the city’s most important landmark. For exactly 100 years the stadium nicknamed La Catedral (the cathedral) was just that: a centre of worship for the people of Bilbao. So when the club decided to build a brand new 53,000 capacity stadium, rather than uproot the club from its fanbase, they chose to construct a new home next door, quite literally, to the old stadium.

Opened for the start of the 2013 season, the new stadium retains the name San Mames, something many fans of Premier League clubs will look to with envy as their grounds increasingly become permanent adverts for their corporate sponsors. The new San Mames is the antidote to the current taste for sprawling, soulless, corporate modern stadiums, stuck out in an industrial estate out of town. The stadium has managed to retain the atmosphere of the old Cathedral by preserving the roots and spirit of the old ground within the club’s traditional community.

The club’s close bond with the local community and the cantera policy of only playing native Basques has resulted in the team becoming one of the pillars of Basque nationalism. This was particularly true during the repressive Franco era, when regional identities in Spain were stifled and football became one of the only outlets for the Basques to express their identity. Athletic became almost a Basque national team and every victory over Franco’s Real Madrid was celebrated as national victory. In fact, the first time the Basque flag was displayed in public after the death of Franco was when it was carried onto the field by the captains of Bilbao and Basque rivals Real Sociedad before a derby match in 1976.

What keeps Athletic’s identity and connection to the community alive is the club’s organisation. Bilbao is one of only four clubs in Spain owned by its fans. The club’s president is chosen by a popular vote by all club members and finances subject to a number of restrictions designed to maintain long-term stability. The system of fan ownership at Athletic helps keep ticket prices down, prevents owners siphoning off profits and, crucially, gives fans a voice in the management of their teams. This final point is something many English fans have been crying out for.

Critics of the system have argued it limits a club’s ability to raise funds and leads to football electioneering but, the concept of fan ownership is something English football will ignore at its peril. The recent spate of foreign owners in the Premier League has become an increasingly divisive issue with many fans feeling disenfranchised and ignored as out of touch owners run for their own private interests. Siphoning profits, spiraling debts and unpopular changes to clubs’ identities have become too commonplace in the Premier League.

The Premier League may be the self-proclaimed “best league in the world” but the pursuit of profits and winning at all costs are marginalizing fans and the national team. Athletic Bilbao may be a unique club in world football with an unparalleled sense of history, but they have shown that developing local talent, respecting the fans and embracing the local community can be a foundation for genuine success. English football may have played a key role in influencing the Basque club, but now the Premier League could learn much by following their example.

27 thoughts on “The Basque Connection”