In arguably the most interesting week for a football fan in quite some time, one particular development stood out among the plethora of title-clinching, Barca-bashing stories – the apparent interest of Manchester City in replacing Roberto Mancini with current Liverpool manager Brendan Rodgers. The Sunday People broke this story over the weekend, and it has heralded guffaws from a few non-Liverpudlians, who see Rodgers as yet another Liverpool manager floundering about in mid-table without the vaguest idea of how to run a top club. However, it does beg the question, just how good is Brendan Rodgers?

Well, let’s begin in Watford, where Rodgers’ first team managerial career did the same. Rodgers impressed as Chelsea’s reserve coach, and was chosen by the Hornets as the prime candidate to replace Aidy Boothroyd following their relegation from the Premier League. Their form continued to dip under Rodgers, and they found themselves in the Championship drop zone by January. He began to steady the ship, and the season concluded with Watford finishing in thirteenth place. The Watford board gave Rodgers a second season to try to improve Watford’s position, but he instead decided to join Reading, despite having dismissed speculation just that month. As a result, Rodgers’ reputation with Watford fans was severely damaged. Results at Reading were disappointing, so much so that Rodgers and the club parted by mutual consent six months into his tenure. 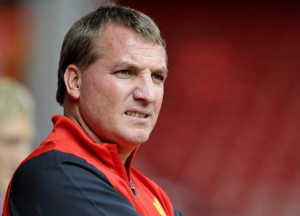 Beginning to look frighteningly like a sub-par championship manager, Rodgers got his final chance to justify José Mourinho’s praises in the form of Swansea City. Interestingly, in relation to this article, Rodgers apparently snubbed an offer to become a member of Roberto Mancini’s coaching staff at Manchester City in favour of the managerial role in Wales. At the Welsh side, Rodgers began to prove himself as the manager he was built up to be. After 10 games, Swansea were in fourth place, and had built a name for themselves as a slick passing side. His side finished the season in third place, and defeated his former side Reading 4-2 in the Play-Off final at Wembley to secure their place as the first Welsh side in the Premiership.

Rodgers seemed to be the perfect modern manager. He played attractive football, with the ability to finish opposition off in the final third, was admired by all others in his field, and could speak elegantly about the game at length, without any of the soundbites which he has become famous for since his arrival at Liverpool. He proved last season that he can cut it in the big time, with his Swansea side finish in eleventh place, and pick up four points against Arsenal and Chelsea in the same month, a feat which saw Brendan Rodgers pick up his first Premier League Manager of the Month Award. Rodgers employed a 4-2-1-2-1 formation, and his Swansea side were likened to some of the biggest names in Europe for their style of play. Swansea were rewarded for the gamble taken on the young manager, who proved that he was up to the talk which surrounded his name when he arrived on the managerial scene.

That summer saw Fenway Sports Group (FSG) look to Rodgers as the prime candidate for replacing Kenny Dalglish. Rodgers distanced himself from the speculation, saying that if he was to leave Swansea, he would have to be the club’s only target. After meeting and being unimpressed by Roberto Martinez of Wigan, FSG did in fact make Rodgers their only target. FSG were suitably impressed by the Northern Irishman, and appointed him manager on a three-year contract on 1 July 2012. In his bid to show his trademark work-rate, Rodgers presented his employers with a 180 page dossier of where he wishes to take the club. In keeping with his reputation for being an all round gentleman, Rodgers issued an open letter to Swansea fans, thanking them for their support and wishing them well.

It is at Liverpool that Rodgers’ reputation has taken yet another hit, with this season seeing the development of Rodgers from clever, young manager to a walking soundbite whose soul desire is to “win the passing”. In reality, this does not take away from the fact he is still a clever young manager who is probably the most promising Liverpool manager in terms of potential since Rafael Benitez first took charge of the club. But things like Being: Liverpool, the access-all-areas documentary aired last Autumn, and the “Envelope Analagy” are very hard to overcome when constantly in the public eye like Rodgers.

It is not just Rodgers who has come under some extra scrutiny since he arrived on Merseyside in June, but his system, also. Liverpool’s league position is reflective of the flaws in need of ironing out in Rodgers’ plan. The inability to put teams away, while lessened since the January arrivals of Philippe Coutinho and Daniel Sturridge, cost Liverpool dearly when on top in the majority of early season games. While this can be appreciated by the Liverpool fans and board as early teething problems of a generally productive system, the Manchester City board, who are ready to sack a manager for finishing second if rumours are to be believed, would probably not be so patient.

The manager Brendan Rodgers has proven himself to be, at the least, competent and very hard-working. It is the public Brendan Rodgers who is worrying, and has clearly not learned from his mentor’s mastery of public speech. In the space of a year, he has gone from looking like a genius while explaining his system on Match Of The Day, to having his character compared to that of “The Office”‘s David Brent. It may take a few more seasons to see which Brendan Rodgers prevails, but until then I don’t see the battle taking place away from Anfield.

4 thoughts on “The apparent meteoric rise of Brendan Rodgers”