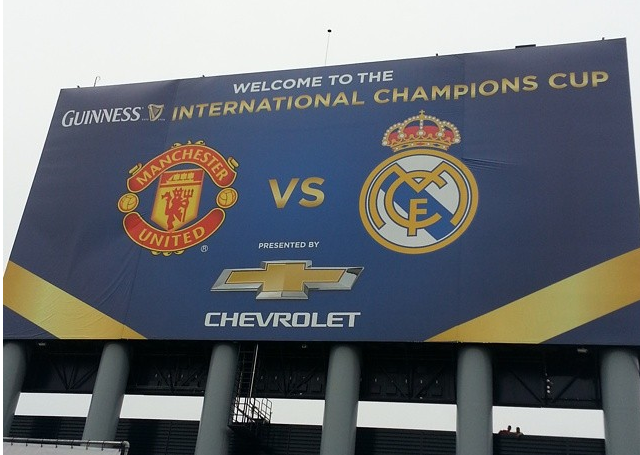 Every great movement needs a catalyst. Enlightenment principles and years of oppression precipitated the Storming of the Bastille, which acted as the flash point of the French Revolution. The Ninety-Five Theses brought on the Reformation. Fans of Britpop recognize the Stone Roses’ troubled yet revered 1990 performance at Spike Island as the climax of the transition between the ecstasy-fueled, reverberating ’80s and what was to come in the following decade, musically and politically.

In the United States, a small, growing and faithful community of soccer fans have long been waiting for just such a catalyst. The 1994 World Cup, and the ensuing inception of Major League Soccer, was supposed to have shocked the collective conscious into realizing what it had been missing for the previous century. The host nation’s showing in that tournament, which included advancing to the knockout stages and a valiant loss to eventual champions Brazil, excited Americans and gave a glimpse at what could be, with just a bit of time to develop its players.

1994 gave way to 1998, when the U.S. miserably tumbled out of the World Cup with only a single goal to its name. In 2002, the team broke into the quarter-finals, again losing to a lauded team, this time Germany, by a final tally of only 1-0. 2006 brought more disappointment, as an extra-time penalty right before halftime against Ghana sunk the American hopes and dreams of the knockout stages. 2010, of course, featured Landon Donovan’s (and, in a way, the United States’) golden international moment, a stunning, last-minute goal against Algeria which improbably took the team back to the knockout stages. All the while, the MLS chugged along, not necessarily floundering but certainly not inspiring admiration either domestically or internationally.

2014 has had a different feel. In the four years since Donovan’s romp in South Africa, the United States disposed of Bob Bradley and finally secured Jurgen Klinsmann as its head honcho. Klinsmann’s resume, of course, includes leading (West) Germany to World Cup glory in 1990 and coaching the team to a third-place finish as the host nation in 2006.

Worth more than his tangible accomplishments, however, is the knowledge of how to grow and develop a team. Klinsmann memorably and controversially did not call up Donovan, almost inarguably the best American player ever, for this summer’s World Cup. It was a move which some saw as a slight and which others saw as a means of planning for a fast-approaching next generation. Klinsmann provided the sound bite of the pre-World Cup period when he flat-out said that it was not realistic to expect his team to win, but that it nevertheless was improving daily. The United States advanced through the Group of Death, again losing to the eventual champions 1-0, in a display of ingenuity and willpower. Those eventual champions, of course, were the Germans of Klinsmann’s former favour.

In some ways, Klinsmann’s statements reflect the snail’s pace growth of soccer in the United States, which has seen a gradual uptick in interest over the last decade. Growing up in the Charlotte, North Carolina area has afforded me the opportunity of a bird’s-eye view at what soccer is and what it could be. In 2011, I had the opportunity to go to a doubleheader of group stage matches for the CONCACAF Gold Cup, featuring the national sides of Costa Rica, Honduras, Cuba and Mexico, at Charlotte’s Bank of America Stadium. Though the teams were entirely composed of Latin American nations, it was nevertheless slightly disheartening as an American soccer fan to see world-class footballers playing to a half-empty stadium and little fanfare.

Last Saturday, Bank of America Stadium again hosted world-class sides in an international soccer tournament, this time of the club variety. Driving around Charlotte that afternoon gave me the impression that this was a city, that this was a nation, which could care wholly and completely about a game it did not invent. Liverpool and AC Milan fans, or people wearing their jerseys at least, flooded the streets and packed the bars in anticipation of the evening’s match, which Liverpool won by a count of 2-0. As a preseason skirmish between out-of-form sides featuring tired players and youth products, the match was immaterial. The impression remained that people, even in a southern city dominated by American football, gave thought to the legacy of Steven Gerrard, or the hijinks of Mario Balotelli, or any number of tangential ideas associated with the game and its participants.

Whether this is a byproduct of the World Cup afterglow and enthusiasm surrounding the Americans’ surprisingly fun run remains in question, as it did in 1994, 2002 and 2010. What followed the Stone Roses’ triumphant appearance at Spike Island was a down period of contractual disputes and internal bickering, eventually culminating in the demise of the band and, subsequently, the aspirations of its followers.

Klinsmann has brought stability to a volatile team and sport in an impatient nation. His dismissal of Donovan, who announced his retirement after scoring two goals for the MLS All-Stars against the world-beating Bayern Munich of Pep Guardiola last night, will more likely be seen as a painful, necessary evil than as a personal matter resolved by the hand of the man in charge. What Americans have to look forward to, in 2018 and beyond, appears to be more substantial, more compelling, than in years previous, and its status as an underdog nation in major soccer tournaments will soon fall by the wayside. Hope carries us forward, and the hope is that 2014 will be the year people remember as the start of the American soccer revolution.