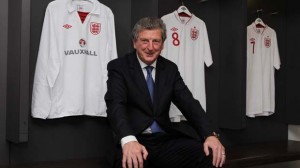 Roy Hodgson has some decisions to make.  The time for squad selection is looming, and the countdown to the World Cup is well and truly on.

Whilst there are obviously some players who are dead certs to be on the plane, there will be another group fighting on the periphery of the squad, attempting to force their way into Roy Hodgson’s plans.

I have decided to put together an XI of English talent, who will probably not make the final squad, but who could still make significant impact if they were on the plane to Brazil this summer….

A rock for Norwich all season, his athletic and effective performances have at times kept them in games. A tall and commanding presence in the area, John Ruddy has the stature and goalkeeping ability to credibly claim to be one of the best stoppers in the Premier League. Although it is unlikely he will be able to oust the axis of Ben Foster,  Fraser Forster and the immovable Joe Hart, John Ruddy would be a more than good choice for Brazil 2014.

Billy Jones is a name that realistically will not even be considered for the squad, but his performances this year for West Brom have been a shining light in what has otherwise been a poor season for the midlands club. Adept as an attacking full back, Jones’ biggest asset is his marauding attacking presence. However, over the past two seasons Jones has evolved into being a fantastic defensive grafter, notable for his reading of the game and tough tackling ability. In the peak of his career, Jones is unlikely to get his chance on the national stage, but certainly represents the strength in depth England have in the full back area.

Ryan Shawcross has been a consistently good performer on the Premier League stage ever since Stoke’s promotion in 2008, but has never really had the chance to show what he can do on the international stage, which is somewhat surprising given England’s current lack of centre backs. Now club captain, Shawcross remains a stalwart in Stoke’s backline, noted for his physicality, his aerial threat and for his bravery on the pitch. The Britannia-based man could be a real alternative for Hodgson going into the World Cup.

A man who has a real chance of getting on the plane. Caulker has evolved from being a young and talented centre back at Spurs, to becoming a real leader in the Cardiff backline. Slipping seamlessly into the side as club captain, Caulker has been City’s standout performer this season, despite the clubs current alarming relegation form. A real threat from set plays and a superb athlete, Caulker has all of the attributes neccessary to become a top class centre half in the future. In my opinion, he should definitely be on the plane.

A pretty much unknown quantity to most a year ago, John Flanagan has established himself on the football map with a series of adept displays as part of Brendan Rodgers’ fantastic Liverpool side. Still young, and still learning the game, Flanagan has shown the mettle of a future England star this season, and shows real promise for the future. Although Brazil would appear to be too soon for him, we could be set to see some real battles between Luke Shaw of Southampton, Leighton Baines and Flanagan in the future for the left back spot in Hodgson’s side.

Having started the season in the wilderness under Andre Villas Boas, Lennon has had a revival under new Spurs boss Tim Sherwood, and looks to be his old self again. Quick, threatening and direct, Lennon has the pace and skill to be a devastating threat on either wing. Hodgson will likely overlook Aaron Lennon, but with Theo Walcott injured for the tournament, I would argue that Lennon could really add something to the squad.

Now beginning to fulfil the potential that he showed as a youngster at Leeds, Delph has been fantastic for Villa this season with a series of industrious displays in the middle of the park. Known to chip in with a spectacular goal every now and again (strikes against Chelsea and West Brom come to mind), Delph seems to be perfectly crafted to be a top level holding midfielder. One to watch for future England selections.

At 31, West Ham captain Nolan can be considered a veteran of the Premier League, but his performances so far this season show no signs of Nolan’s ability being on the wane. With an impressive goal ratio of one every three games from midfield, Nolan has been a massive presence for the Hammers as they have escaped the clutches of the dreaded relegation battle. Physical and gritty, but blessed with great vision, Nolan would add experience and drive to Roy Hodgson’s England squad.

A realistic contender for the plane, Rodriguez has had a fantastic season in Southampton’s impressive (and largely English) side. Equally adept on the wing or as a striker, Jay Rodriguez’s 12 goals thus far this campaign make him the 2nd highest English goalscorer in the Premier League this season (behind Daniel Sturridge). Direct, skilful and with a fantastic striker of the ball, Rodriguez would be a brilliant attacking alternative for Hodgson this summer. A genuine contender.

A consistently strong Premier League performer, Gabriel Agbondlahor has been ripping up defences in England’s prime footballing competition for years now, with his pace and direct style. Although never the most prolific scorer, Agbondlahor adds to the attack by stretching the play with his runs, and his versatility to play anywhere across the front line could be a real asset. Enjoying a really good season for Villa currently, Gabby remains a good contender for Hodgson’s squad (although unlikely to make the final cut).

Named last night as Championship player of the year, Danny Ings has been in ruthless form for an impressive Burnley side that looks set for an automatic return to the top flight this year. Scoring 25 goals in all competitions so far this season, Ings has wowed crowds with his pace, finishing ability and knack of scoring spectacular goals. It is probably too early for Ings to be considered, however should be get the move to a good Premier League club he deserves and he reproduces his form on the Premier League stage, he should be in for the call from Hodgson.