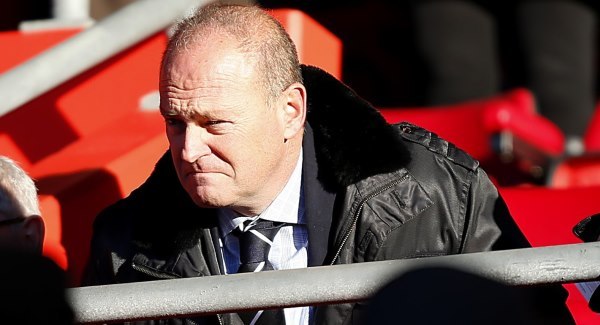 It is a worrying time to be a West Bromwich Albion fan.

At the weekend the club slumped to yet another league defeat, away at fellow strugglers Crystal Palace. The 3-1 loss hurt Albion, however what is more worrying for the Baggies faithful is the bigger picture. A meagre one win in 14 league games, a total of only 29 league goals and a fixture list that sees Albion come up against Chelsea, Arsenal, Manchester City, Manchester United and Tottenham before the end of the season.

I have maintained since the opening day loss at home to Southampton, that the Albion would really struggle to keep their heads above water this term. Although my view was probably rightly brushed off as over-exuberant cynicism in the opening stages of the campaign (especially after good results against Arsenal and Chelsea, plus a famous Old Trafford win), the form of Albion is looking increasingly like relegation form, and arguably has since the beginning of 2013.

I wholeheartedly (and heavy heartedly) believe that the Albion will be relegated this season, and I am part of a large group of supporters who feel the same way. However, what there does not seem to be a consensus on is who is to blame?

The first thing to state is that Albion have had more of their fair share of rotten luck this season (the home fixtures against Arsenal and Aston Villa especially) and have not been helped by a series of disgraceful referring decisions that have gone against them at key times in the game. The 94th minute shocker of a penalty given by Andre Mariner against Chelsea, with Albion seconds away from breaking Jose Mourinho’s unbeaten home record sticks in the mind, but equally important was the clear penalty not given at Stoke (a game that ended 0-0), the dubious penalty given to Southampton on the opening day, and just this past weekend a wrongly given spot kick given against Ben Foster, whilst Albion were pushing for an equaliser. If Albion had those five or so extra points on the board that they have been cost, perhaps Steve Clarke would still be in the job, and perhaps Albion would not be fighting for their lives in the manner they are currently.

However easy it is to hide behind external factors, it would argue the crux of the blame has to lie with two groups: the board and the playing staff.

Whilst I am not part of the group of supporters that are labelling chairman Jeremy Peace as a man who does not know how to run a football club, I am however growing impatient of the club cutting corners. The Albion are run on a very tight budget, and where possible every expense is spared. I appreciate this puts the club in a financially very stable position, but this approach always means we are one bad transfer window away from real trouble. It seems our luck finally ran out in the summer, with the lack of replacement for Romelu Lukaku and an ageing defence forcing the club into spending £12million on deadline day on very average players.

With no more investment in January (apart from young Espanyol forward Thievy on loan, who did look lively against Palace), plus the loss of the popular (if never prolific) Shane Long- the squad looks bulky, but very, very average. Fans are left scratching their heads in bewilderment at the apparent disappearance of the £50million we are supposed to be receiving for competing in the Premier League.

Furthermore, the month (more precisely 27 days) that the club took to replace Steve Clarke with Pepe Mel will not have helped matters. Now with less time to implement his radically different style of football, Albion will have to go through a transition phase they can ill afford. One must hope that they come through the other side sooner rather than later.

Whilst many people scapegoat novice technical director Richard Garlick (admittedly a shadow of the brilliant Dan Ashworth in the role),  he is a man under orders from the board and Mr Peace. The blame must go directly to them. It seems the lack of investment and delay in appointing a new manager is proving very costly.

And of course, the players are not exempt. Whilst the “West Brom are too good to go down” phrase of early in the season is seldom spoken now, we are still most certainly not the worst team in the division on paper. Supposed Premier League quality players have simply not performed, and a multiplicity of stale and lethargic performances have left Albion on the edge on disaster. The defence seems to be leaking cheap goals, with gruff Swede Jonas Olsson a shadow of his former self and Liam Ridgwell and Diego Lugano looking awful.

There is a chronic lack of creativity going forward, and an even more chronic lack of goals from the strikers. The top scorer so far this season is Saido Berahino, a man with only six league starts and only four league goals. Not since the woeful relegation season of 08-09 have I ever seen a string of Albion performances of bad as some of the ones I have seen this season (Cardiff, Norwich and Swansea spring to mind).

Admittedly, since the arrival of new manager Pepe Mel the standard has increased, and there does appear to be some improvement. However, one does fear it has come too late. Teams around us seem to be picking up points, with Fulham and Norwich getting surprising results against the Manchester clubs, and Stoke, West Ham and Palace all seemingly resurgent. Unless things radically improve, Albion will be left lagging at the foot of the table in the blink of an eye.

The game at the weekend sort of summed up Albion’s season. Defensively shocking, big money signing misfiring and topped off by a poor refereeing decision. With every passing week, the situation seems to get more and more grave for the Albion.

On Tuesday night, the task gets even harder for Mel’s Baggies, with the visit of Jose Mourinho’s “fourth place wonders” Chelsea to the Hawthorns. Following that is a spell of season defining games, with Sunderland, Fulham, West Ham and Cardiff at home in quick succession. Unless Albion get a minimum of nine points from those fixtures, I believe it would spell the end of their Premier League tenure.

It seems that Albion are hurtling towards the relegation trapdoor at an alarming rate. Of course, nothing is set in stone yet, in this most open of Premier League seasons, and I dearly hope Albion end up proving me wrong.

I fear, however, the mistakes have already been made. Unless there is a drastic change is made in these last 13 games, then Albion will be playing at the Keepmoat next season rather than the Emirates.