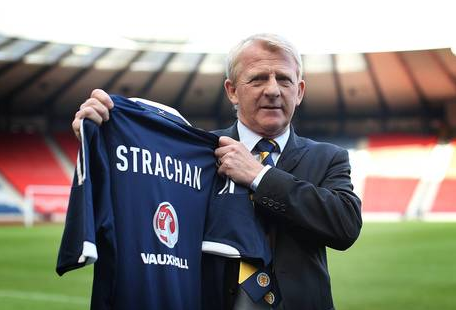 Scottish football seems to be in a somewhat positive state right now. Recent wins over eventual qualifiers Croatia and the minnows of Macedonia have given a welcome morale boost to fans and players alike. So who has Gordon Strachan selected for the friendly clash in Warsaw? A very exciting 24-man delegate indeed.

Firstly, returning is the captain. Darren Fletcher embodies the grit and determination mixed with passion and flare we Scots have been crying out for too long now. As much as anything, in Strachan’s words, he adds “presence” to our team. In the tunnel on the 5th of next month I’m certain Robert Lewandowski shall be slightly more intimidated by a Manchester United stalwart than say a Blackburn / Norwich centre back pairing. No disrespect to either team.

The defensive midfielder’s journey back to the top is a genuinely all too welcome piece of inspiration in the footballing world. Amongst the seemingly permanent qualms over salary and softness, it is refreshing to see critics silenced by a true human being. One who can score penalties at that; he was the sole scorer for the Red Devils  in that most dreadful of shoot-outs with Sunderland.

So with all he will definitely bring to the team, there are downsides. Charlie Mulgrew and Scott Brown’s blossoming partnership in front of the defence will undoubtedly be split, presumably with Fletcher filling in where Mulgrew leaves a hole. I am not saying the Celtic ace is better than him, but the chemistry between the Brown and Fletcher may be lacking. The fact alone that the latter does not play with Brown at club level could well reduce compatibility, but the current pairing’s brilliant form for their country has also heralded rave reviews. It is possible that Mulgrew will be forgotten about despite his eye-catching performances. Pretty harsh if you ask me.

Now Mulgrew does tend to play at centre back for his club, but has been known to very competently grace the left back spot for Celtic. This is a position in which Scotland are hardly blessed. He might play there, but so might Andrew Robertson. The young full-back’s debut inclusion in the squad has come as a result of his evidently impressive form.

Dundee United’s 19-year-old Robertson has enjoyed a fruitful spell both defending against some talented wingers, but also in front of goal himself. It is frankly too early to tell whether he shall meet his potential. Following in the footsteps of some forgotten about internationalists such as Paul Dixon of Huddersfield he will have to go some to please the fans any less than his predecessors managed to.

A final point is a distinct absence of goals in the Scottish team. Only three strikers have been listed on Strachan’s squad sheet. Those strikers have a whopping total of six goals between them in a combined fifty appearances. Distinctly disappointing as those figures are, Ross McCormack and Steven Naismith are in rich scoring form. The former is top scorer in the English Championship and the latter has been scoring freely for a thoroughly entertaining Everton side, albeit mainly in the FA Cup.

The balls were drawn. Groans of disappointment and discontent were heard from most living rooms around the country. We’d got Germany, Ireland, Poland, Georgia and Gibraltar. No chance in many pessimistic Scottish opinions. That is not exactly how I see it. Ignoring the fact that we are only worse off than Germany out of the six in the world ranking, there are many indications a strong campaign could be on the cards.

Scotland under Strachan have looked a changed outfit. Championing a passing style, we have the necessary rigour and strength in the side to see us comfortably competing with Europe’s finest. There’s nothing stopping the Scots playing their best football and troubling all the teams in Group D bar Germany. The three-time European Championship winners appear likely to take maximum points from teams who do not even come close to matching their skill and technique. Aside from them, we most certainly have every chance of qualification. But it won’t be easy; there are more anxious nights ahead.

Do we have a chance against Lewandowski, Ludovic Obraniak and the rest? In truth, nobody knows. What’s certain is that Scottish football has a newfound hope about it. A hope that might just carry it through a battle in Warsaw and a qualification campaign which could prove testing.  Here’s to the future; a future ideally filled with goals and triumphs and glory. A trip to France in a couple of years may suffice though.