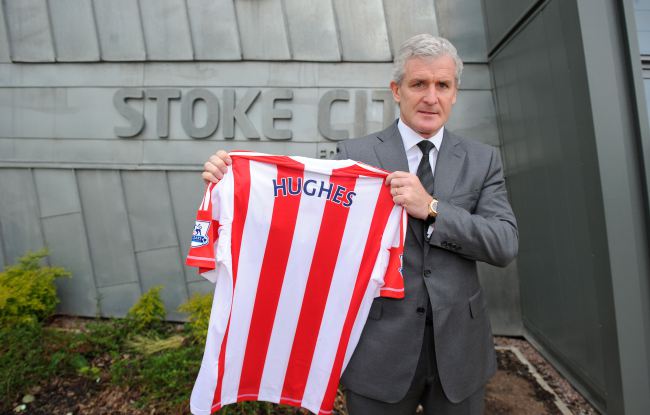 After Stoke City’s heroics against Manchester City on Saturday, I, like many others, have sat up and been stunned by the transformation the club has made in the past two seasons.

Without question, Tony Pulis did a brilliant job in bringing Stoke City up to the premier league, as well as confirming them as a comfortable mid table team, albeit with a fairly unattractive and unimaginative approach. So, when at the start of last season, when the board sacked Pulis and replaced him with Mark Hughes, I was excited to see if he could give the squad a new lease of life, while still maintaining a strong league finish.

Last season, Stoke almost went under the radar, moving up the ranks into a very impressive ninth position, prompting a bigger transfer budget this season. With this money, I believe Stoke, although not making the most signings, six in fact, have completed some very promising transfers, which only point in the right, optimistic direction.

First in was Phil Bardsley, the ex-Sunderland full back who has been a staple in the Black Cats team for the last five seasons. Since coming in, his solid defensive ability and attacking prowess have impressed Mark Hughes, with Bardsley starting all three Premier League games this season. On a free transfer, this can only be seen as good business.

Next in was Mame Biram Diouf, the ex-Manchester United striker, again on a free transfer. Having scored 26 goals in 57 appearances for Hannover, many top clubs were after his signature, but with the offer of consistent first team football, the Senegalese international chose to return to the Premier League. The 26-year-old offers a different set of skills to Stoke. Possessing great pace along with strength and agility, as well as having the knack of being in the right place at the right time, Diouf is a 15 goal per season striker who will be City’s main catalyst this season.

With the future also in mind, Stoke signed young centre back Dionatan Teixeira from Dukla Banská Bystrica for an undisclosed fee. While 14/15 may not be his breakthrough season, the Brazilian born centre back looks to be a very promising talent. Having been likened to Ryan Nelsen and Chris Samba, the future looks bright for the Slovakia U-21.

Next was another free transfer, with ex Fulham and Chelsea midfielder Steve Sidwell arriving in Staffordshire. After Fulham were relegated to the Championship, Sidwell chose to stay in the Premier League, with Stoke being the keen suitors. They beat off interest from QPR, West Ham, recently promoted Leicester and Sunderland. Bringing experience to the team was a priority for Mark Hughes, and Sidwell brings a vast array of experiences to Stoke, including relegation scraps with Reading and Fulham, to European campaigns with Chelsea, Sidwell not only brings experience, but obvious passing ability and a cool head, to slow down the game, and help Stoke to control games this season.

The penultimate transfer to Stoke City was the purchase of ex Barcelona wonder kid Bojan Krkic. While Mark Hughes’ link with Barcelona will have helped this transfer, this should be seen as a real coup for Stoke City. The Spanish maestro brings a wealth of experience while still only being 23, after bursting on to the scene for Barcelona aged 17. With spells at AC Milan, Ajax and Roma as well, Bojan has big game experience and can bring goals and flair to the Premier League. For Stoke and Bojans sake, hopefully he can reinvigorate himself and show the talent that brought comparisons of Lionel Messi to him, as well as being touted at the most promising player in the world.

Stoke’s final signing was Victor Moses on loan from Chelsea. After having a disappointing season at Liverpool last year, as well as having no place at Chelsea for the foreseeable future, Stoke looks like a good option for the Nigerian winger, who hopes to reinvigorate himself. Moses will cause upset and frustration among many full backs this season, with him hopefully chipping in with a few goals. Crossing is a big part of his game, and with Peter Crouch up front, it could be a very easy job for Crouch to bag a considerable number of goals this season.

After doing, in my opinion, some brilliant business this summer, on a fairly small budget, Stoke City look set to break in to the top eight this season, bettering themselves since last season. With Begovic still looking top class in goal, it has been a struggle for Mark Hughes to hold on to him, with the likes if Chelsea, Arsenal and Real Madrid all sniffing around. However, on the bench, Jack Butland is ready to step up whenever called upon. The England international is set to break into the first team in the coming season, with cup matches looking like his best opportunity as it stands.

Stoke look not only competent, but classy in all areas of the field, with a supportive board and a highly talented managers 2014/2015 looks set to be Stoke City’s season.