Dundalk drew the worst possible straw when they were paired with Belarussian champions BATE Borisov as they face into the preliminary stages of the Champions League for the first time in the modern iteration of the competition – yet, it’s not a hopeless task that faces Stephen Kenny’s Lilywites.

I wrote, almost exactly a year ago, upon Dundalk’s Europa League exit at the hands of Hadjuk Split that there was something special brewing in County Louth, and that Kenny’s young side had the capability to match or surpass Shamrock Rovers’ achievements in reaching the Europa League groups in 2011. 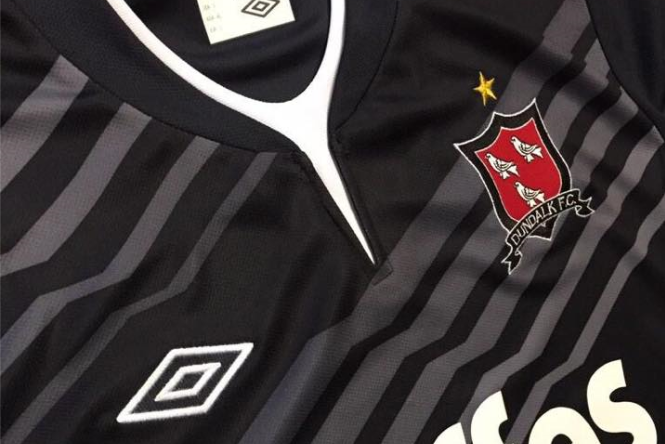 I predicated my prediction on the assumption Kenny could hold onto the bettter players of his (future) title-winning squad, namely Richie Towell, Daryl Horgan and Pat Hoban. Inevitably, one of those vital cogs was tempted across the water, and much of the close-season scrutiny of Dundalk centred on how they would cope with the loss of the league’s top scorer, Hoban.

David McMillan proved an able deputy to the imposing Galway-born striker last season, but questions were rightly asked of McMillan’s ability to step up to the challenge of leading the line for a championship-winning side, who has proven ability as a link-man but no experience as the main goal-scorer at this level.

McMillan has chipped in with a creditable seven goals from 19 games – equal to his total for the entirety of last season – but any shortfall from Hoban’s outstanding haul has been more than recouped by an increased tally coming from midfield, with Towell excelling with 13, already ahead of his total for the whole 2014 season.

Horgan and fellow winger Darren Meenan have already equalled last season’s totals, while Ronan Finn, an unexpected arrival from Shamrock Rovers, has also contributed. Defender Dane Massey has already contributed four, while centre half Brian Gartland is well on the way to equalling his haul of eight in 2014, including the decisive strike in the final day shoot-out with Cork City.

The most surprising development in recent weeks, presumably with a view to the BATE task, has been the relegation of Chris Shields – the backbone of last season’s outstanding side – to the bench, leaving Dundalk with a daringly attacking-minded trio of Towell, Finn and captain Stephen O’Donnell in the centre.

Eight goals conceded in five matches – compared to five in the first 13 – have highlighted the riskiness of the strategy, but 16 in the plus column indicate Kenny’s side are more potent than ever, and hints that the Dubliner has determined that the most likely chance of progression is to outscore his opponents rather than depending on defence.

Nevertheless, there is a justified perception that a team cannot head into a European campaign with a great deal of confidence without a proven striker, somebody who can be relied upon to put the ball in the net when up against more experienced, better-paid and nominally superior sides – players who can keep a side in contention when the odds are unfavourable.

St. Patrick’s Athletic midfielder James Chambers – part of Shamrock Rovers’ side that lost out to Juventus in the 2010 Europa League qualifiers – cast doubt on whether Dundalk’s all-action style wouldn’t be an impediment in Europe, suggesting what works for them against largely inferior sides in the league may not work against top-level opposition.

Chambers is right to highlight the ability of top European sides to dictate the tempo of games – Dundalk are unlikely to have faced a side so able to control possession and the flow of a game as their Belarussian opponents – but there are undoubted similarities between Kenny’s current side and the Rovers team Michael O’Neill guided to unprecedented heights on the international stage.

While Rovers’ successive league title successes were predicated, to a large extent, on the amazing goalscoring form of Gary Twigg, and the addition of Karl Sheppard and Dean Kelly in later seasons only augmented their deadliness in front of goal, it’s notable that over Rovers’ 16 games in European competition across 2010 and 2011, only two of their 11 goals came from strikers. 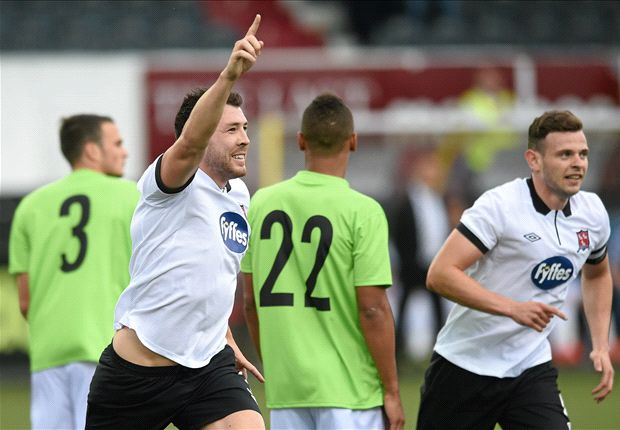 If Dundalk are to overcome the challenge of BATE – who have contested the group stages of the Champions League or Europa League in each of the past six seasons – they will need to call on goals from anywhere they can, and with the likes of Towell and Horgan in such rude form, the ability of McMillan to perform the non-orthodox striker’s role will likely be more pronounced.

Towell’s goals against Galway last week are further evidence the Inchicore man is a jewel who isn’t much longer for this league, Horgan’s fleet of foot and ability to choose the right option more often than not a similar signifier, while Darren Meenan’s continued ability to break assist records will ensure BATE will be loath to give up any set piece.

Dundalk rightly go into Wednesday’s clash in Borisov the underdogs but, like UCD in their victorious clash with more illustrious opposition from Luxembourg, the Lilywhites are ideally conditioned for European football, a team whose natural instinct is to control the ball and set the tempo rather than allow their opposition free reign to run the game.

That makes them unusual in the context of Irish soccer, but in O’Neill’s Shamrock Rovers side they have a contemporary in their ability to alter the pace of the game to suit their own ends, and in Towell and Horgan they have game-changers the Northern Irishman could only have wished were at his disposal.

As Towell told reporters in the aftermath of the European draw, if Dundalk keep things tight and come back to Ireland with the tie still in the balance, they have every chance of progressing. If anything, that underplays the optimism filtering through the Dundalk camp. They’ll go to Belarus with real will to win, and it would be foolish to completely rule them out.