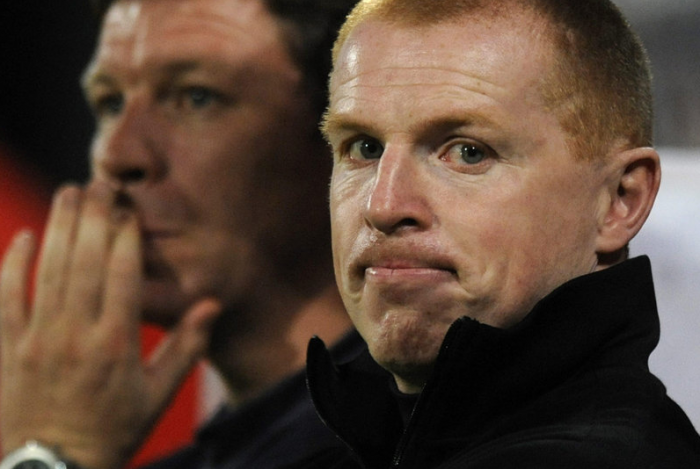 A Friday night out in Aberdeen clearly isn’t what it used to be.  The fact that about 8000 folks decided to go to Pittodrie to watch the home side take on Dunfermline rather than get smashed down Market Street speaks volumes to the quality of Aberdeen nightlife. Or……maybe the good people of Aberdeen and surrounding area thought “what they hell, this might be a bit of a laugh” and at least provide an excuse to go the pub afterwards.

Whatever the reason, the majority of those 8000 odd  fans who turned up at Pittodrie (700 more than the previous home game on a Saturday) were treated to a hugely impressive display from the home side as they thumped SPL new boys Dunfermline 4-0 . In truth the Dons could have hit six or seven such was their dominance with Dunfermline keeper Paul Gallacher performing heroics along with a little help from the woodwork in order to keep the score down.

Dons striker Scott Vernon helped himself to a hat-trick while young midfield star Fraser Fyvie sandwiched a goal in between to give Aberdeen only their second league victory of the season and in the process double the goals for tally.

For Dunfermline, it was their second 4-0 reverse in a row after their loss to Rangers at home last week and thier good work early in the season is in danger of being overshadowed by recent defeats.

Moving forward to the more conventional kick off time of Saturday 3pm, champions Rangers hosted improving Hibernian at Ibrox. Rangers have not dropped a league point since the opening day draw against Hearts and they kept up that record with a 1-0 home victory. Both sides created a number of chances and Steven Whittaker even missed a penalty for the home side but Hibs will be kicking themselves at some of the chances they missed particaurly Junior Agogo who should have done much better in a one-on-one with Allan McGregor.

In the end Kyle Lafferty netted from close range to secure the points.

The SAS strike force at St Johnstone did the business once again for the Perth side as they continued their excellent recent form with a 2-1 away win at Kilmarnock. The Saints, who couldn’t buy a goal last season have at last found a reliable source or perhaps that should be sources this time round as Francisco Sandaza and on loan Cillian Sheridan continue to plunder at will. Sandaza notched his seventh of the season with a neat finish midway through the first half only for Killie to equalise via a somewhat bizarre looping header from Manuel Pascali. A poor defensive error from Mohamadou Sissoko allowed Sandaza to feed fellow forward Sheridan to fire the ball home for the winner.

Dundee United continued their indifferent start to the season with a 3-1 home defeat to high flying Motherwell.  Keith Lasley lashed the away side ahead with a strike from around 16 yards before a double error from the usually reliable Utd keeper Dusan Pernis allowed Motherwell boo boys favourite Micheal Higdon to double the lead.

Higdon was in the mood and netted his second of the match from the penalty spot midway through the second half to seal the victory. Utd scored a consolation late on through a scrappy goal from John Daly. The result sees Motherwell deservedly sitting in second place in the league with Utd a disappointing 8th.

After so many departures in the summer it was always going to be a difficult season for Terry Butcher’s Inverness Caley Thistle. They entertained St Mirren who have had an excellent season so far by their recent standards. However the form book was chucked out the window as Inverness, who were the better team throughout, came from behind to record a much needed 2-1 win thanks to goals from Andrew Shinnie and Gregory Tade. In truth former Raith Rovers striker Tade missed a hatful of chances throughout and knew little about his goal after Shinnie’s shot rebounded of the post back onto his shin while standing on the goal line. St Mirren were largely off colour all day despite taking the lead through McAusland and will be happy to forget this game  and move on. Despite the win Inverness remain bottom while St Mirren remain mid table.

The big game of the weekend was at Tynecastle on Sunday where Hearts hosted Celtic. If you remember the corresponding  fixture last season Celtic coach Neil Lennon was assaulted by a Hearts fan who managed to bypass security and make his way into the technical area to land on blow on the Lennon’s forehead.

There was no such nonsense this time round but Lennon still left with a headache as his side slumped to a 2-0 defeat. Injury had ruled out Scott Brown, Beram Kayal and Joe Ledley,  forcing Lennon to shuffle the pack and play with two wingers. His side played reasonably well in the first half and created a number of chances but were wastful in front of goal.

They paid for that profligacy on the hour mark as Rudi Skacel netted a great strike from the edge of the area to put Hearts in front. Worse was to follow minutes later as Kris Commons received his marching orders for an over the ball lunge at Hearts midfielder Adrian Mrowiec.

Celtic huffed and puffed with ten men but never looked like equalising and Ryan Stevenson put them out of their misery with ten minutes to go following good work from the excellent David Templeton.

The defeat was Celtic’s third of the season, representing a third of their total league games played, and leaves them a massive ten points behind Rangers this early in the season. Much work to do then for Neil Lennon, while Hearts continue to aim for more consistency.