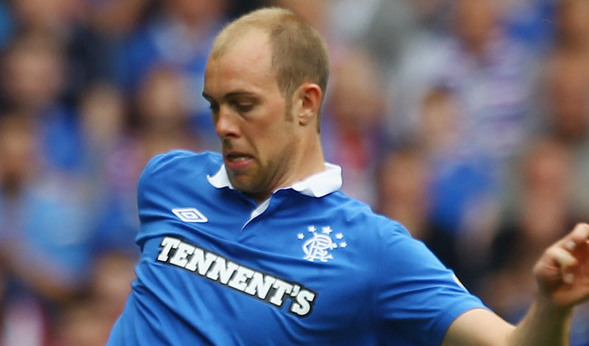 New manager Ally McCoist is well aware that his new side needs some additional strength and depth and new owner Craig Whyte has promised him £4million this close season to address those issues.

So far though Rangers have come up short and have failed to land any of their transfer targets. In the last few weeks the club have made unsuccessful attempts to bring Neil Danns, Craig Conway, Lee Wallace, Tomer Hemed and Carlos Cuellar to Ibrox.

Danns  elected to join Leicester instead, Conway is off to Cardiff and Hemed chose the Spanish sun over the Scottish rain by heading to Real Mallorca.

As for Cuellar and Wallace, Rangers have been told to up their transfer bids considerably. Villa want at least £3million for former ‘Ger Cuellar while the £300k bid for Wallace was treated as derisory by Hearts.

Rangers other transfer target Dundee Utd’s David Goodwillie has been the subject of two bids from down south but neither have matched the Tannadice clubs £2million valuation.

Its unlikely Rangers will match the valuation for Scotland’s Young Player of the Year either as Craig Whyte admitted: “I think for that individual player, £2 million is too steep”.

To make things worse for the champions their old pals Bursaspor have been back in sniffing around fullback Steven Whittaker who has knocked back a ‘substantially improved’ contract offer from the Ibrox club.

All of which has some Rangers fans wondering whether Craig Whyte really is willing and able  to put up the cash to make good on his promise of  “helping the club secure its future as a leading force in Scottish and European football “.

Elsewhere, Aberdeen have been busy signing three more players to add to Youl Mawene who joined earlier in the month. The Dons have re-signed former player Chris Clark who was released by Plymouth, Columbian goalkeeper David Gonzalez on loan from Man City (subject to international clearance) and will tie up the signing of former Coventry midfielder Isaac Osbourne with in the next 24 hours.

A summary of last week’s transfers can be found below: