Last summer Neymar, Edinson Cavani and Radamel Falcao were three of the most expensive transfers, eclipsed only by Gareth Bale’s move to Real Madrid, and this summer has seen South Americans take centre stage once again.

The two most expensive moves have involved two players who experienced wildly contrasting fortunes at the World Cup. Golden boot winner James Rodriguez earned an €80million move to Real Madrid off the back of a fine tournament for Colombia, while rivals Barcelona splashed a similar amount on arch villain Luis Suarez.

The pop star allure of James seems tailor made for Real’s Galactico image and, despite his excessive price tag, his abundant talent is not in question. What remains to be seen, however, is just how Ancelotti will fit him into a side brimming with attacking talent.

Suarez may not have the squeaky clean appeal of James but – complex personal issues aside – his track record has shown that he is well worth the gamble. His work rate, desire and phenomenal ability could give Barcelona a fresh lease of life and it will be fascinating to see how the triumvirate of Lionel Messi, Neymar and Suarez works under Luis Enrique. 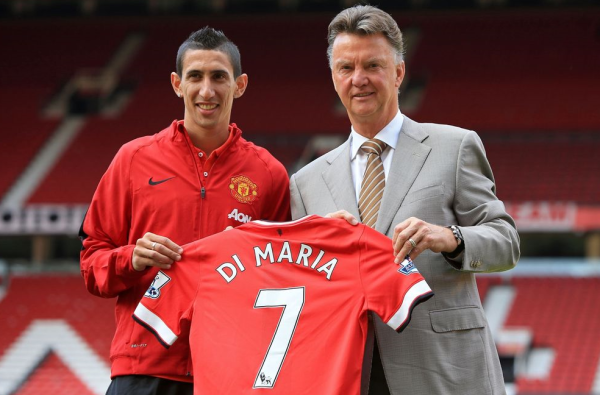 In the Premier League too, South Americans have been involved in the biggest deals, with Manchester United conducting some particularly eye catching business.

Angel di Maria’s record breaking £59.7 million signing was a real statement of intent as the Red Devils attempt to return to the footballing elite following their prolonged Fergie hangover. A key player for Madrid and Argentina, Di Maria will add dynamism, work rate and creativity to a pedestrian United midfield often bereft of ideas.

Joining him will be fellow countryman Marcos Rojo, who has seen his stock rise drastically after a fine World Cup.  Perceived as a weak link before the tournament, Rojo put in a string of assured displays at left back but will probably be used more centrally under Van Gaal. He may not be the answer to United’s defensive woes but he will be an upgrade on the current players and offer versatility.

The deadline day loan deal for Colombian striker Falcao was another major coup for Manchester United and, provided his injury worries are behind him, the Colombian should ensure a steady supply of goals as part of an increasingly intimidating strike force. El Tigre will hope Old Trafford is a happy hunting ground.

Another of the Premier League’s marquee signings sees Chilean forward Alexis Sanchez join Arsenal. Explosive, skilful and versatile, Alexis offers the Gunners an added directness and physicality packed into his compact, muscular frame and he should flourish being the main man at the Emirates.

Similar in stature and style to Alexis, Eduardo Vargas will also be plying his trade in the Premier League as QPR also jump on the Chilean bandwagon by bringing both the Napoli forward and Mauricio Isla on loan to Loftus Road.  Vargas has bounced around various clubs of late but if he can recapture the form he showed for Universidad de Chile he will be an absolute handful for opposition defenders. Both he and Isla are terrific additions who will be vital for Rangers’ bid to beat the drop.

Reigning champions Manchester City have strengthened again, adding to their strong South American contingent. Brazilian midfield enforcer Fernando will add more steel to the centre of the park and promising Argentinian Bruno Zuculini has joined but will spend the season in Valencia. Willy Caballero also arrives to provide Joe Hart some stern competition as Pellegrini looks to follow the general trend of having two top goalkeepers at the club – something Arsenal have also done by bringing in Colombian no.1 David Ospina to challenge Szczesny.

Going in the opposition direction, one of the window’s biggest transfers has seen David Luiz leave Chelsea for PSG for £40 million. An ultimately frustrating spell, in which the brilliant was combined with the baffling, Chelsea will feel they’ve got a good price for the Brazilian centre back. Most of the fee has been reinvested wisely in a fellow ‘Brazilian’, striker Diego Costa, who has started brightly and looks to be a perfect fit for the Premier League, while compatriot Felipe Luis will be a strong, reliable addition at left back. 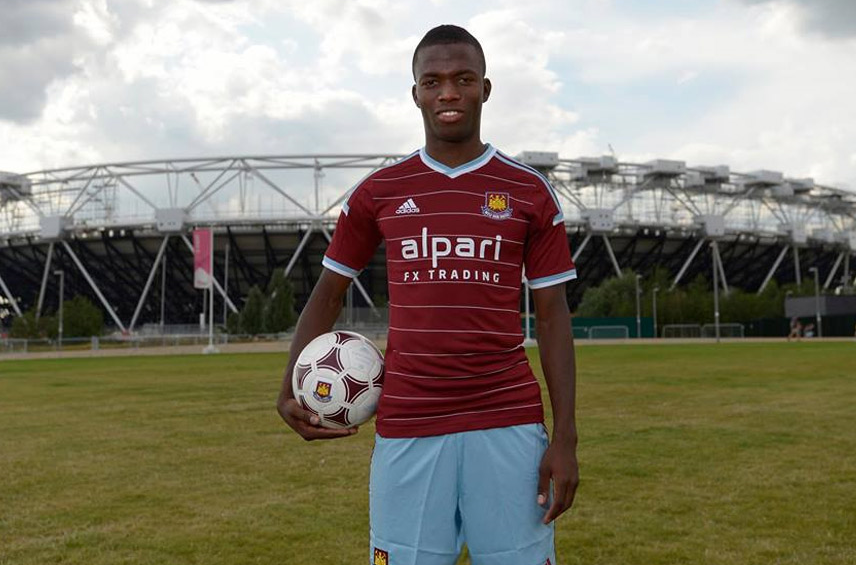 Up and down the league, there has been a notable influx of South American talent, perhaps more so than ever before. West Ham moved quickly to sign Ecuadorian forward Enner Valencia from Mexican side Pachuca for £12mil following a good World Cup showing and also signed Argentinian Mauro Zarate from Velez. A clever, technical striker with good movement, Zarate could be a shrewd signing for Big Sam as he looks to add more goals and creativity to placate the restless Hammers fans.

Another former Velez striker on his way to the England is Facundo Ferreyra, on loan to Newcastle from Shakhtar. When in form, Ferreyra is an intelligent, clinical penalty box poacher, but is also a player who will need game time, something which he may not be easily afforded on Tyneside. Given Newcastle’s early season profligacy in front of goal though, the Magpies could do with Chucky hitting the ground running and making an immediate impact.

Elsewhere, Swansea have made some interesting signings in Jefferson Montero and Federico Fernandez. Montero is an exciting, jet-heeled Ecuadorian winger, capable of beating a man or providing a match-winning moment but is perhaps somewhat inconsistent, while Argentinian defender Fernandez, though unconvincing at the World Cup, could see his mobile, ball-playing style suit the Swans’ play nicely.

One Argentinian defender looking to get back into the national team set up is Tottenham new boy Federico Fazio. The big, imposing, 6ft 5 ex-Sevilla man looks to be a good addition  in the heart of the Spurs’ defence and will bring experience and good aerial presence, with a lack of pace his only notable weakness.

Across the other side of the midlands, Aston Villa’s most notable signing came in the form of Carlos Sanchez – known as ‘The Rock’ – who will certainly add presence to a Villa midfield that has been accused of being lightweight at times. An unsung hero of the Cafatero squad, he’ll do the dirty work and is strong in the tackle, positionally excellent, and better with the ball than given credit for.  At £4.7 million, Sanchez is Villa’s most expensive signing of the summer but in the current market, he could be excellent value.

West Brom signing Sebastian Blanco looks to be another cost effective purchase and could well be a very canny addition to the Baggies squad. The diminutive Argentinian playmaker joins from Ukranian side Metalist Khakiv for the reasonable sum of around £2 million and could provide a much needed spark in what could be a tricky season at the Hawthorns. Slight of stature at 5ft 5, there will be concerns over whether he can deal with the physical nature of the Premier League but three years in Ukraine should have toughened him up. 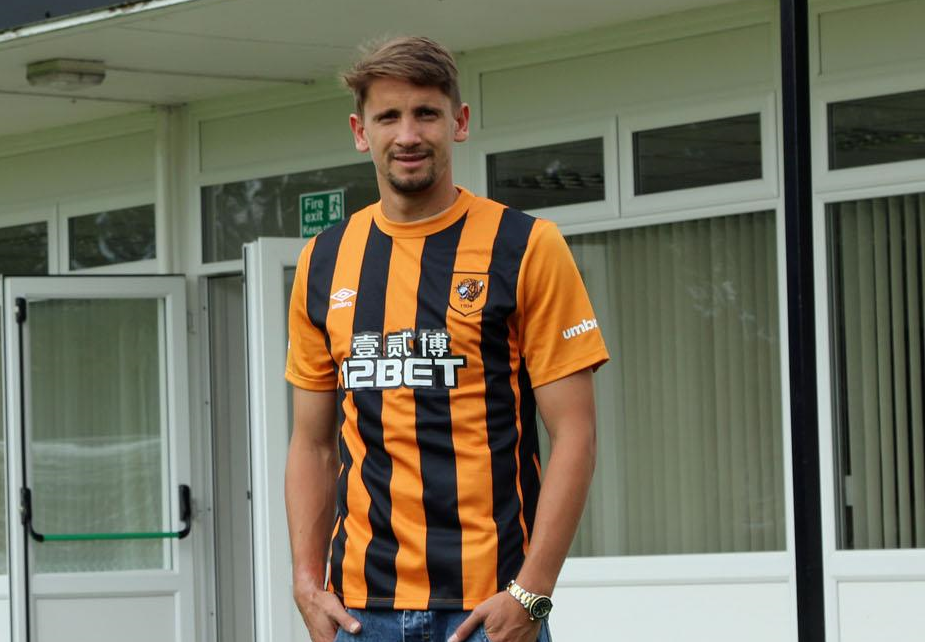 Hull made a flurry of late activity with, among others, Uruguayan duo Abel Hernandez and Gaston Ramirez joining Steve Bruce’s tigers. Abel Hernandez will get fans salivating and has the pace, height and finishing ability to give Hull an added cutting edge. However, he’s not really kicked on in the last few years and it’s a move that could go either way. The mercurial Ramirez could also fall into that category after he failed live up to expectations at Southampton. It’s time for both to step up and justify the hype.

Another Uruguayan with a point to prove is Sunderland loan signing Sebastian Coates. It hasn’t worked out at Liverpool and the centre back desperately needs the game time if he is to return to the form he showed at 2011 Copa America. Another deadline day loan move saw Inter Milan winger Ricky Alvarez trade the San Siro for the Stadium of Light. The rangy Argentinian has had a mixed time in Italy but enjoyed a resurgence under Mazzarri and will bring something different to the Sunderland midfield.

Outside of the top flight, there was some interesting activity in the Championship too.   Leeds made the unexpected double swoop for promising youngsters Brian Montenegro and Adryan.  The former, a pacey Paraguayan forward, previously had a loan spell at West Ham, while the latter was one of the stars of the 2011 U17 World Cup for Brazil but has seen his development stall somewhat.  Similarly surprising was Fulham’s capture of Argentinian U20 international defender Tiago Casasola.  Despite not making a first team appearance for Boca Juniors, the centre back is highly rated and it will be worth keeping an eye on his development at Craven Cottage.

It will be fascinating to see if the likes of Di Maria, Alexis and co justify their price tags, which players turn out to be the revelations and who flatters to deceive.  For every Sergio Aguero or Nolberto Solano, there is a Mauro Boselli or Jo and inevitably not all of these transfers will prove to be successful.  Nevertheless, this record-breaking window’s activity underlines the growing tendency by Premier League clubs to look towards South American players and their increasing importance in the British game.