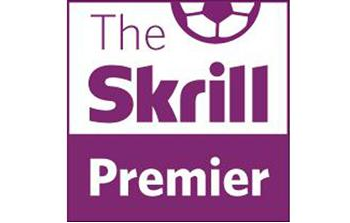 This weekend I made it to two fixtures, Luton vs Hyde and Barnet vs Wrexham. They turned out to be two of the best games from the weekend having seven goals and four red cards between them. There was also a brilliant five goal thriller between Forest Green and Macclesfield. Top of the league Cambridge were held away at Chester to a 0-0 draw. The visitors dominated the game, and the best chance was from the penalty spot. However Kwesi Appiah missed, and a good display by John Danby in-between the posts earned the Blues a point.

Southport didn’t manage to gain a point after an impressive performance at home to Kidderminster. The game finished 2-1 to the away side, with all the goals coming in the first half. Southport missed good chances late on, but ended up losing their first game at home this season.

Luton eased to a 4-1 win at home against Hyde. A good first half from the visitors provided some hope of gaining points, but in the second half Luton took control with Andre Gray completing his hat-rick. To make matters worse for the away side, Luke Ashworth received a straight red card for pulling down Gray as last man in the 68th minute and will now face a suspension.

Salisbury squeezed past Grimsby as they won 1-0 at home. A first half strike by Dan Fitchett proved to be difference between the two sides. The away side had numerous chances to equalised, including a great chance for Andy Cook which came back off the crossbar.

Nuneaton and Braintree shared the points following a 1-1 draw. Braintree took the lead in the first half, but was cancelled out by Theo Streete’s first goal for Boro. The game could have went either way in the second half, but a draw proved to be a fair result.

Welling were victorious at home to Tamworth, 2-0. Goals from Lee Clarke and Loick Pires in the second half was enough to move Welling up to 6th in the league, while Tamworth remain in the bottom half.

A second half penalty from Brett Williams was enough for Aldershot to pick up all three points away at Lincoln. The home side could have been behind before half time, while Aldershot could have conceded late on, however both goalkeepers kept their teams’ in the game with some fine saves.

Gateshead cruised to their fifth victory in six games as they beat Alfreton 3-0 at home. Gateshead took the lead just after the hour mark, and later took advantage by scoring a further two goals once John McGrath was sent off for the away side.

Woking and Halifax drew 0-0, but the score does not justify how entertaining the game was. Chances came at both ends several times, but it was the woodwork that denied the teams their best chances with it being hit three times. Either side could have left with the points by the end of the game, but both teams will be fairly happy with a point.

The best game of the day was between hosts Forest Green and Macclesfield, which finished 3-2 to the latter. The game was heading for a draw, but a Paul Lewis strike in the 93rd minute gave the away side all three points. Macclesfield have now won five of their last six games, while Forest Green have lost six of their last seven.

Hereford drew 2-2 at home to Dartford after Uche Ibemere headed in late on to rescue a point for the travelling side. Dartford could have taken all three points late on when Lee Burns saw his effort brilliantly saved by Hereford goalkeeper Rhys Evans.

Barnet and Wrexham fought out a 1-1 draw at the Hive on Sunday afternoon which was live on BT Sport. Anthony Acheampong gave the Bees an early lead, but on the 91st minute the away side levelled through a brilliantly struck free-kick from captain Dean Keates. Both Edgar Davids (Barnet) and Stephen Wright (Wrexham) were sent off just before the end of normal time, and on the 93rd minute Johnny Hunt was sent of for a very bad challenge on Curtis Weston.

Joe is a Barnet FC season ticket holder, and regularly attends away games. His favourite player is midfielder Curtis Weston, but he is also a big fan of ex Bee Jason Puncheon. Joe doesn't just write about football, he also plays for his local team, Potters Bar United, and is a referee for Hertfordshire FA as well as a qualified level one coach. Aside from sport, he is currently in Sixth Form and lives in Potters Bar, Hertfordshire.