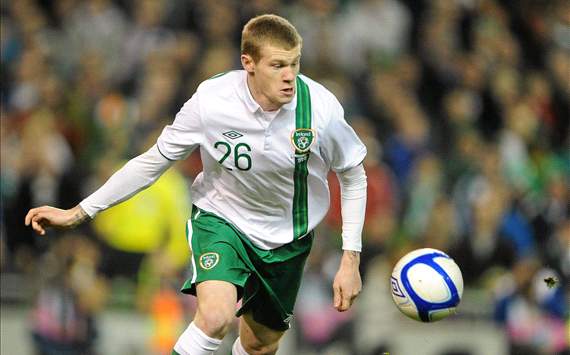 The question of a single all-Ireland football team is one that raises its head every so often. It usually does so in political rather than footballing circles, however. The aspiration is most frequently propagated by all-Ireland political party, Sinn Féin. At the party’s Ard Fheis in Killarney last weekend, both Sandra McLellan and Matt Carthy expressly called for the creation of a single all-Ireland team in their speeches. Sinn Féin are not alone in promoting such an ideal; the SDLP are another nationalist party engaged in politics north of the Irish border for whom the ideal is, similarly, a declared policy.

Whilst an admirable ideal that I would wholeheartedly support in principle if viable, I unfortunately find such talk to amount to little more than empty, premature political rhetoric and get the distinct impression that the notion’s proponents have put little serious thought into how such a proposal might actually be made work. First of all, no matter how ideal it may seem, a single de jure all-island team is not actually viable under current FIFA rules. Article 10, Paragraph 1 of FIFA’s Statutes states:

Any association which is responsible for organising and supervising football in its country may become a member of FIFA. In this context, the expression ‘country’ shall refer to an independent state recognised by the international community.  Subject to [the paragraphs relating to the four British associations and any “region which has not yet gained independence” but seeks admission], only one Association shall be recognised in each country.

The implication here is that two separate political entities would not be permitted to combine to form a single footballing entity. Of course, FIFA could always amend their governing regulations if required, but other thorny issues would still remain.

Given the regulatory hurdles such a proposal might face, it is questionable as to whether or not either of the relevant associations – never mind FIFA – have even been consulted by the politicians promoting the concept of a single all-island team. There does not appear to be any genuine will for a single, all-island entity within either association on the island. Would even the fans of either broadly support the idea of diluting their respective identities?

Northern Ireland fans are rabidly opposed to any notion of subsuming their identity into a common all-Ireland one; they would view such a move as not merely the marginalisation of their identity, but as an outright loss or extinction of such. The merging of associations would also inevitably require the change and loss of current related symbolism, such as national anthems and national flags. Would even Republic of Ireland fans be prepared to make such sacrifices? No matter how successful or superior any merged entity might prove ability-wise, participation in international football without a common national identity is inherently meaningless.

The peculiar thing about this comment is its apparent recognition for the already-existing de facto all-island team; the Football Association of Ireland, of course, are entitled to select for their team willing Irish nationals born anywhere on the island of Ireland.  If Carthy already acknowledges the pre-existing right for those Irish nationals born anywhere on the island who want to declare for an all-island team, his motive in calling for what would effectively force the Irish Football Association and their followers into something with which they patently want nothing to do must be questioned. It is maliciously provocative at worst and blindly ignorant at best. I will assume his intentions are well-placed but naïve.

Other sports have shown maturity and rationale, it’s a pity that soccer does not learn from other sports when one team represents Ireland in such sports like rugby, cricket and international rules.

Having one team from Ireland has witnessed the uniting of the entire county in full support of that team. There are no mentions of divisions between North, South, East or West.

Just to give the various aspects of the debate a proper airing, as an aside argument against any subsumption or amalgamation, the retention of two teams under current circumstances would also ensure more players from the island have the chance of competing on the world stage. Furthermore, whilst McLellan asserted that a single all-island entity would “undoubtedly” lead to greater success, there is no direct correlation between the size of playing pool available to an association and that association’s level of success on the field. It is entirely possible that both the Republic of Ireland and Northern Ireland teams are performing as well now as any single all-island team might perform in the future.

In the meantime and until a united Ireland is realised politically, I am content to support the de facto all-island side without feeling the need to trample on the identity of those who wish to continue supporting an Irish Football Association team. I am by no means a partitionist, but neither am I an advocate for effective cultural imperialism and suppression of another co-existing identity. My immediate reluctance and urging that we should tread carefully is solely on account of that. A single all-island team will arise in the eventuality of the island’s political union. Bridging that connection is something we must work on first and it’s not going to happen without the backing of present-day unionists, most of whom are Northern Ireland supporters.

One thought on “Sinn Féin call for all-Ireland team”