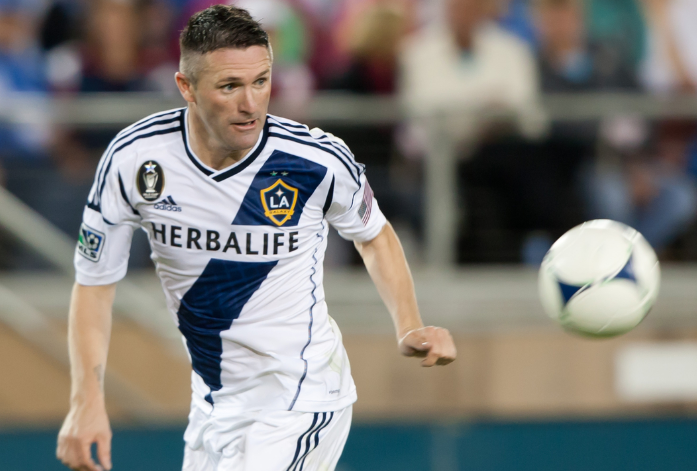 It was the first of a double for Keane in a resounding 4-0 win for LA galaxy and it he took his tally to 17 goals for the season, the third highest in the league. He is also the only player sitting in the top five for both goals and assists in 2014.

If you aren’t Irish or a follower of Major League Soccer it would be perfectly reasonable to wonder about what happened to the man who sits 12th on the list of all time goal scorers in the English Premier League (126 goals).

The 34-year-old is something of a journeyman, having turned out for ten clubs in his professional career, but with only a couple of seasons left in the legs he has settled perfectly into the American way of life on and off the pitch.

Having joined the club in 2011, Keane signed a new multi-year deal in March of this year and has a guaranteed salary of $4,333,333.33 as one of the Designated Players, so it’s no surprise that he is happy to play on.

“With signing a contract I think I can definitely see myself finishing [my career] in America,” said Keane when speaking to Sky Sports at the time of the contract renewal.

“There’d be no point in my, at this stage, going back to England. For what? I’ve scored a lot of goals there, played a lot of games.

“Unless you’re going to go back and play for a team that’s going to win stuff. If not, I don’t see any reason to go back.”

Keane’s partnership with Landon Donovan has been crucial to Galaxy’s recent success. Indeed, as Donovan sits on the verge of break the MLS record for career assists, no player has converted more of his passes than Keane (14).

Both players will be strong candidates for this year’s Most Valuable Player award, with Keane looking to go one better than 2013 when he came second behind Mike Magee of the Chicago Fire.

However, the man himself is not worried about the individual award at this stage, and just hopes to maintain the high standards that he has set for himself.

“We say MVP every year and I don’t win it, so I’d prefer not to even speak about it,” he says.

“In football, the most important thing is consistency. If you’re consistent then every year you continue to strive to do better than you did the year before, and every year since I’ve been here, I’ve done that. That’s all you can ask for.”

Keane’s form is great news for the Republic of Ireland and manager Martin O’Neill as they look to qualify for the 2016 European Championships from a group that includes Germany, Scotland and Poland.

Despite his advancing years, Keane is still the best natural goal scorer at O’Neill’s disposal and has every chance of adding to his 62 goals in 163 games, a record for active international players.

“He’s comfortable, he’s confident, he’s aggressive, and he’s moving well. I would absolutely hate to play against him if I was a defender,” says Landon Donovan of his teammate.

“He’s as good as I’ve seen him and it’s truly an honour to play with him. It really is.”

In U.S. soccer, the praise doesn’t come much higher than that.