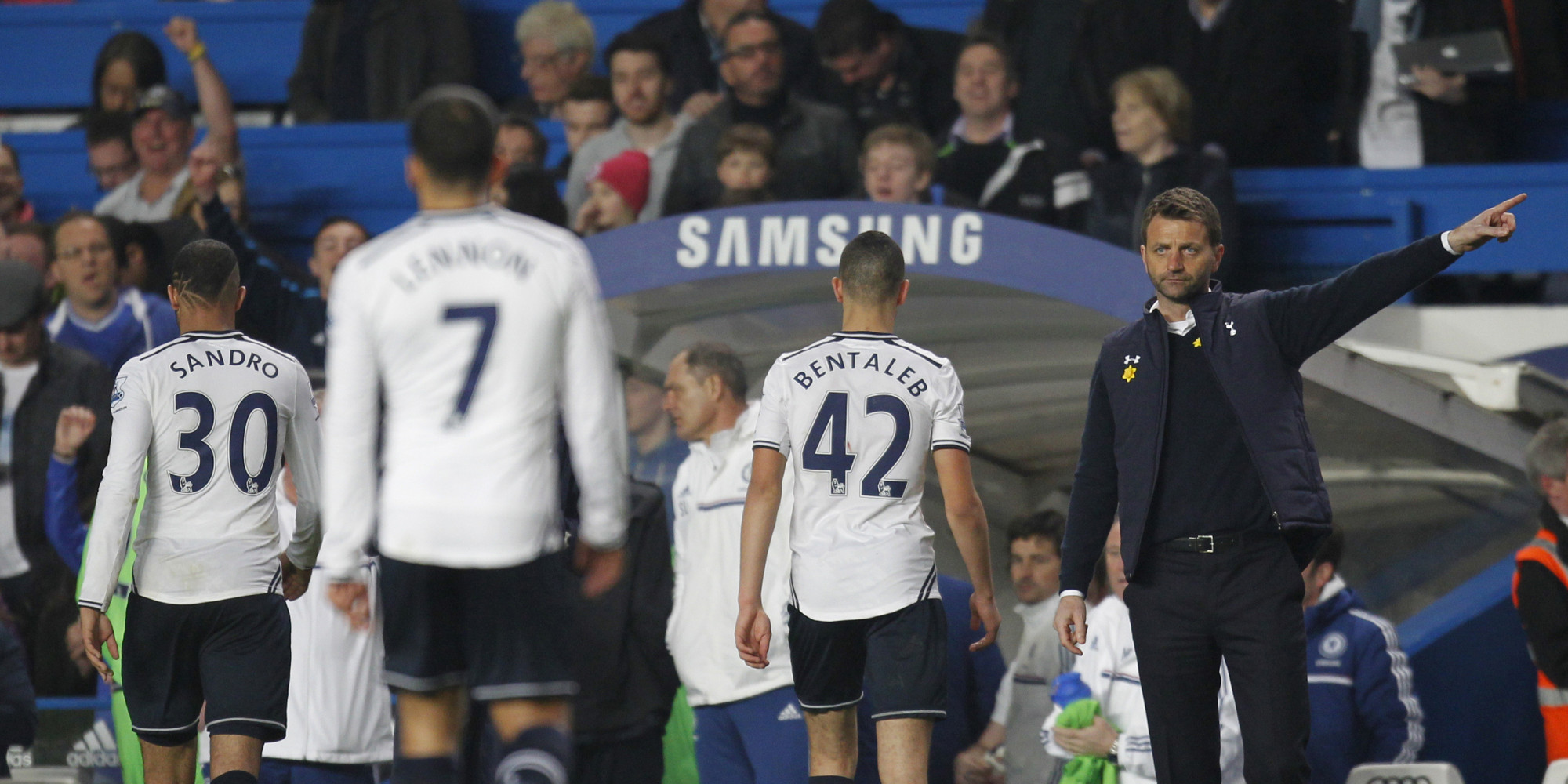 For Daniel Levy, it was a worthwhile experiment.

Thus, Tim Sherwood – as the club’s director of youth development – was judged to have had the right profile and temperament to freshen a shackled squad.

Equally, in taking over mid-season, Sherwood did not have all that difficult a mandate with a club he has been synonymous with for a combined ten years.

A bounce was inevitable: André Villas-Boas’ last match in charge of Tottenham was a catastrophic 0-5 defeat to Liverpool at White Hart Lane on 15 December.

It was an ignominious end for the Portuguese, amid a hollow siege mentality against the media and, at times, even Spurs’ fans.

Instead, for Sherwood, attention turned towards a more achievable goal: Tottenham reaching the Champions League for the first time since 2011.

If that could be achieved, alongside a domestic cup or a Europa League title, Sherwood would surely be trusted to liaise with Franco Baldini ahead of the 2014-15 campaign.

It was all a hark back to Roberto Di Matteo’s glorious four-month interim spell as Chelsea manager in 2012.

Villas-Boas’ tactical stiltedness was to be abandoned; Sherwood was to channel the man who brought him back to Tottenham in the first place, Harry Redknapp.

Redknapp – a manager who relies heavily on simple instructions, free roles and group harmony – managed Sherwood at Portsmouth in 2003-04 and was the key figure behind Sherwood’s appointment in 2008.

Ultimately, though, the similarities do not end there; just like Redknapp, it seems Sherwood will be unceremoniously discarded at the end of the season for a foreign option.

Awarded an 18-month contract after a debut win, a 2-3 victory against Southampton in December, the following five months always felt like an audition for Sherwood.

Louis van Gaal, after all, was Levy’s first-choice but would not be able take the role until after the World Cup.

At times, though, it seemed Sherwood relished the Dutchman’s shadow: operating without pressure or a long-term target, Sherwood led Tottenham to six wins in his first seven Premier League games.

Equally, the respective emergence and re-emergence of Nabil Bentaleb and Emmanuel Adebayor showed what Sherwood could achieve in a short space of time.

Yet, it has been organised chaos of sorts: there has not been an identifiable playing style or philosophy, and Sherwood’s ultimate 53.94% win percentage is actually worse than his panned predecessor.

In, effectively, turning on his own players after the 4-0 defeat to Chelsea – having previously established a markedly better relationship with his players than Villas-Boas had – it seems the final straw.

After all, amid being outclassed by Arsenal, Manchester City and Chelsea in recent months, are Tottenham any better off than they had been under Villas-Boas?

With Spurs, Villas-Boas has a haul of 16 points from a possible 45 (36%) against Manchester United, Arsenal, Manchester City, Chelsea, and Liverpool in the Premier League.

Sherwood has acknowledged that Spurs are lacking this big-game winning mentality but ironically,  in turn, Levy has identified van Gaal as the man with the character and experience to address that issue.