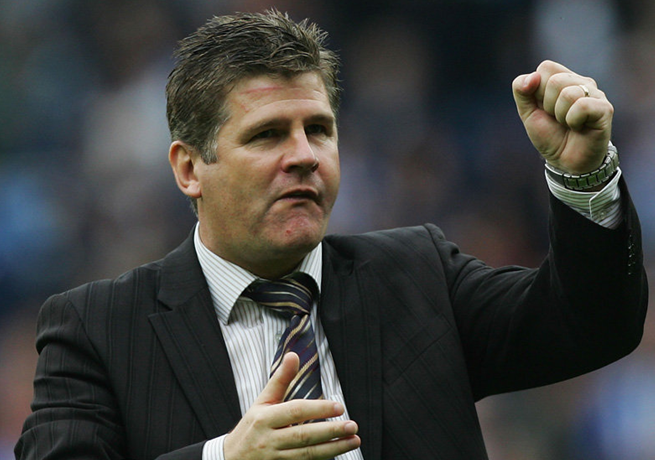 Ex Premier League manager, former manager of big clubs such as Sheffield Wednesday and Burnley, played the game at the highest level, sounds good? Well on paper Brian Laws certainly has the CV to be considered and appointed manager of Shamrock Rovers. It’s just that – well he has not been.

Laws has been appointed Director of Football until the league of Ireland season ends at the end of October. It was a baffling decision to remove Kenny and last week’s cup defeat to Shelbourne and Saturday’s defeat in the League Cup final means it was a rash decision.

Now it is first important to acknowledge that the board and everyone involved in the administration side of Shamrock Rovers have put in huge work to restore Shamrock Rovers to a position of prominence in the Irish game.

No matter what your allegiances are, there can be no disputing that a strong Shamrock Rovers is good for Irish football. It is therefore correct that those involved in Rovers resurrection, from financial meltdown and the lows of division one football, to the dizzy heights of the Champions League and Europa League, get the credit they deserve. They have run their club prudently and have invested in good managers and good players which has led to success both at home and in Europe.

It is for these reasons that it is surprising that Jonathan Roche and the rest of the board decided to sack Stephen Kenny. It was even more surprising that they sacked the Dubliner three days before a win or bust cup tie against Shelbourne.

As I wrote back in June when defending Kenny, he was the best manager in the league nine months ago when appointed; he has not suddenly become a bad manager overnight. Prior to his sacking Rovers were still in the FAI Cup and the final of the League Cup.

It is worth bearing in mind that Stephen Kenny has won the Premier Division and First Division, he guided lowly Longford to the FAI Cup final, won the League Cup with Derry and has a good track record in European competition. The fact of the matter is that today Stephen Kenny is still one of the best managers in this country.

Indeed, Kenny also has a much better record in his second season at the clubs he has managed than in his first season. Sadly in football today patience is not considered a virtue. It is an industry that operates on wild rash populist decisions that rarely if ever work out well in the long term.

There is no doubt that to date Shamrock Rovers have underperformed this season. They have been inconsistent, porous at the back and too often susceptible to late goals. There is, however, ample evidence that given the time to mould the group into his own that Kenny would have succeeded long term at Tallaght . Kenny would have used the end of season to move on the players he felt were not pulling their weight and to add more quality and resilience to the squad.

Perhaps the strangest thing about Stephen Kenny’s sacking was the timing. Kenny was sacked mid-season, three days before a huge cup tie against Shelbourne and a week before the league cup final against Drogheda.

There is no recent history of removing a manager midway in the middle of a League of Ireland season. Indeed, prior to Kenny, no manager has been removed mid-season since Galway United sacked Tony Cousins in 2008. There is certainly no recent body of evidence that links a managerial sacking to a sudden upturn in results.

Certainly sacking Stephen Kenny did not help Rovers’ preparation for the Shelbourne game and they were duly beaten by their cross city rivals. His sacking did not lead to the players regrouping and winning the cup final. In truth his sacking has achieved nothing except destabilising the players and the football club.

Laws is a temporary appointment until the end of the season when Rovers will begin the process of replacing Stephen Kenny on a permanent basis. If they want to build a long term vision based on sustainable success they should look to appoint either Liam Buckley or Martin Russell. The worry is that they will go for the “big name”. Let’s hope for Shamrock Rovers sake that prudence and wisdom return to the boardroom soon.