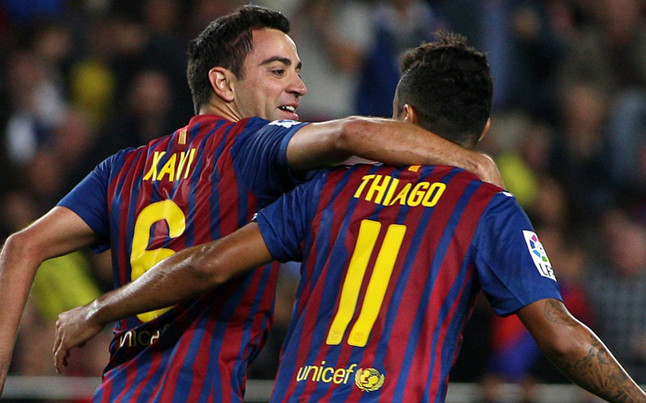 Finally, it seems, Manchester United fans have been granted their wish: a deft central midfielder  after the fruitless pursuits of Steven Defour, Wesley Sneijder and Luka Modrić  in recent years.

In fact, not since Michael Carrick in 2006, have United purchased anything resembling a top-level playmaker.

Instead, Sir Alex Ferguson – still inspired by the plethora of attacking options Real Madrid had when Los Blancos visited Old Trafford in 2003 – focused mainly on the recruitment of wingers and strikers.

Reflecting this, the luxury signing of Wilfried Zaha seemed a fitting final act for the Scot.

Thus, if one facet of Ferguson’s legacy will continue to irk some United fans – amid fanciful reminiscing over ‘what if’ scenarios in Europe – it is his stubbornness.

As well as using certain squad players for big matches, the Scot refused to bow to public pressure to ease the burden of expectation on youth products like Tom Cleverley and Darron Gibson.

The situation has already presented David Moyes with the perfect opportunity to put his own stamp on this United team.

Still, Moyes, quite smartly, realises that while Marouane Fellaini has certain qualities – tenacity, incredible chest control and a set-piece threat – the lanky Belgian does not quite fit the Manchester United model.

For a club that was once synonymous with the virile Roy Keane, that may seem rich but Moyes is well aware of United’s great tradition of playmaking.

Also, with the shift in mentality – where, unlike at Everton, Moyes will not be adapting to the opposition in a game by game basis – Moyes will have to prioritise a proactive playing style.

Dominating possession will be crucial to Moyes’ potential success – amid the inevitability of Sky’s cameras cutting to Ferguson in the stands when Moyes and United undergo a poor run of form.

Still, whether it was Duncan Edwards and Ray Wilkins or Paul Scholes and Carrick, English central creativity has been a cornerstone of the Manchester United model in the past 50 years.

However, one name could have set a new trend: the Catalan, Xavi Hernández.

This was far from Ceefax gossip at the time; Xavi had a crisis of confidence in 1999, amid incessant comparisons with Josep Guardiola at the Camp Nou.

While there have been hundreds of examples of players struggling with being touted as ‘the new Pelé’ or ‘the new Maradona’, perhaps, the Guardiola comparions were even more inhibiting for Xavi. 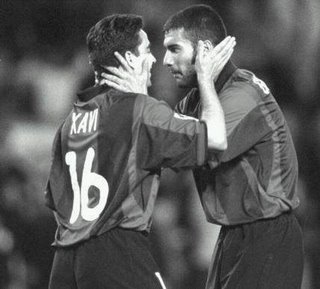 This was not just related to the fact that Guardiola was still captain at Barcelona; it was because he embodied something much more as Catalonia’s leading flag-bearer.

Xavi, too, represents a rare breed in Spain: a man who is well aware of English football’s tradition and culture.

So, while the Premier League did not quite carry the same glamour as it does now, Xavi was seriously tempted in 1999 and would have relished joining the Old Trafford pantheon.

From citing Jody Morris as the toughest footballer he has played against to idolising Matt Le Tissier, Xavi would have joined United but for Guardiola’s ankle injury in 1999-2000.

The irony now is that Xavi is likely to have a huge influence on whether Thiago Alcantara becomes the first Barcelona player since Jordi Cruyff, in 1996, to join United.

It is a perverse situation for Xavi, as he was 19 when he considered leaving for Old Trafford and will understand Thiago’s concerns.

Also, for perhaps the first time in his career, the 33-year-old may have to give a definitive retirement date to convince Thiago that his future lies at the Camp Nou.

Still, despite losing La Masia products like Gerard Piqué, Cesc Fàbregas and Oriol Romeu to England in the past decade, Barcelona have been left reeling by Thiago’s openness to leaving the Camp Nou.

After all, the 22-year-old has spent eight years at the Camp Nou  since leaving Flamengo – becoming a naturalised Spaniard in this period, despite his father’s thirst to see him represent Brazil.

This is not just your typical interfering football father either; Mazinho won the World Cup with Brazil in 1994.

Sure, Thiago has continually been promised the opportunity to lead the new generation of La Masia by Barca’s hierarchy but it seems incredibly unlikely Xavi or Andrés Iniesta will be dropped before their eventual retirement.

After all,while Thiago has made 101 senior appearances for Barcelona since his debut in 2008-2009, the Spaniard is unhappy with the fact that he has started only 50 games in a less-suited deep-lying role and has not played against the bigger teams on a regular basis.

Then, there is the small matter of ousting the prodigal son, Fàbregas.

Bringing Fabregas back in 2011 was deemed a masterstroke for Barça’s president, Sandro Rosell: evidence of how far Barcelona had come in being able to coax and bring back one of their greatest ever youth products.

Fabregas was 16 when he departed, though, while Thiago is a 22-year-old desperate to break into the Spain squad and have his first taste of a competitive tournament with the most successful international team of all-time.

Clearly, charming Thiago will be the first acid test of Moyes as a top-class manager but in finally addressing the position his legendary predecessor failed to, the Scot has already taken the first step out of Ferguson’s shadow.

2 thoughts on “Shades of Xavi in 1999: Manchester United’s hunt for Thiago”