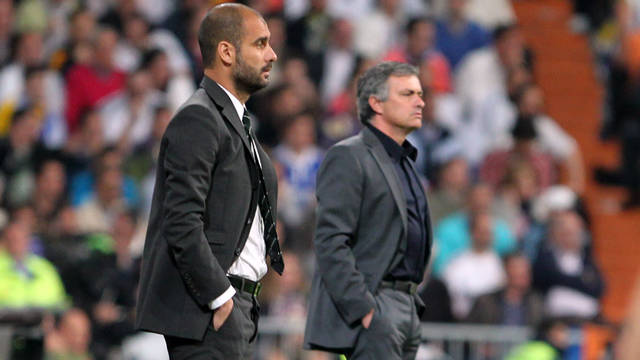 When José Mourinho was eventually appointed as manager of Internazionale – after departing Chelsea on 20 September, 2007 – it seemed nothing short of an anti-climax.

Mourinho, who had been in tangible negotiations with England and Barcelona in the eight months previous to arriving in Milan, had seemingly picked a safe option: a club guaranteed to finish in the top two of Serie A with little effort.

Of course, that theory was a disservice to the most tactically challenging league Mourinho has ever managed in and what ultimately drew him to Inter was the fact that their previous best in the Champions League was a sole semi-final appearance in 2003.

However, what set Massimo Moratti’s thirst apart from Roman Abramovich’s obsession with the Champions League trophy was the fact that Inter had won the European Cup twice before, in 1964 and 1965, and had reached finals in 1967 and 1972.

The history was there and the spending was to be Mourinho-moulded.

So, while there was undoubted internal pressure on Mourinho to deliver in 2009/2010 – particularly after a damp squib exit to Manchester United in the second-round in 2008/2009 – few saw I Nerazzurri as anything but dark horses pre-tournament.

The Mourinho-factor was Inter’s seeming selling point and given the peak-season, superhuman performances of the likes of Júlio César, Lúcio, Walter Samuel, Maicon, Esteban Cambiasso, Wesley Sneijder, Samuel Eto’o and Diego Milito as a result of the Special One’s tutelage, few could deny that was the case.

Like Mourinho had before Inter, there were more lucrative (£6.5 million with Bayern rather than £18 million with Chelsea) and history-defining links – be it Manchester City or Chelsea – but the Catalan has seemingly played it safe.

That, though, is a misconception as although Bayern is one of the best run clubs in the world, Guardiola enters a cauldron of sorts: an environment that chewed up another revolutionary, Jürgen Klinsmann, only four years previously.

Admittedly, though, Klinsmann was eccentric, struggled in all competitions, lacked the pedigree of Guardiola and had no club managerial experience previously – which resulted in some disastrous errors of judgement.

However, what Klinsmann really struggled with – and which many, bizarrely, think will provide Guardiola with guaranteed stability – was the hierarchy of Bayern egos and dinosaurs: Franz Beckenbauer, Uli Hoeneß and Karl-Heinz Rummenigge, with Mattias Sammer recently arriving.

Given that Klinsmann was a Bayern fans’ favourite as a player, this seems all the more dangerous for Guardiola.

Still, while all four of the above-mentioned are unquestionably delighted with the coup of Guardiola, the Catalan is likely to have to deal with their criticisms on a single, random basis – given their erratic outspokenness and differing job titles.

Only arriving in July, 2012, Sammer replaced club favourite Christian Nerlinger, who seemed to, ironically, lack the ‘Bayern drive’ for success and failed to land Arturo Vidal, Fábio Coentrão and Marco Reus in the previous twelve months.

With Guardiola learning German since November, 2012, it is clear that not only is he weary of a Trapattoni-style, 1998 loss of the dressing-room, but that he is also likely to be in regular, in-depth contact with Sammer over the coming months in fine-tuning preparations for the 2013/2014 campaign.

This dedication has also been reflected in the absence of Guardiola’s trademark one-year, rolling contracts in an intriguing sub-plot as while they were understandable at Barcelona – due to the unpredictability of being a coach, friend, politician and peacemaker – they brought on unnecessary stress to the Catalan.

Thus, the three-year contract with Bayern is a firm declaration to the likes of Roman Abramovich that while Guardiola is unlikely to break from Béla Guttmann’s theory – that managers should never stay beyond three years, due to fading influence – he is certain to give all of his footballing passion to reviving Bayern’s world dominance of the mid-‘70s between 2013 and 2016.

This contract will have stuck an immense chord with Bayern’s fans – accentuated by the fact that the club is half-owned by them – and Guardiola is, clearly, here to stay for many reasons.

Given the intrigue of battling with Jürgen Klopp – a man certain to stay at Dortmund, given his and Guardiola’s similar values regarding stability – and the 45,134 average attendance of the Bundesliga, Guardiola’s ‘leftwing’ voyage is sure to boost his footballing passion post-Mourinho.

Also, looking at Bayern’s squad, academy, finances and long-established, fan-pleasing playing philosophy, too, Guardiola is certain to have the raw materials available to really succeed in this project – much owed to the initial, once-chaotic groundwork put in by Jupp Heynckes’ predecessor, Louis van Gaal.

The likes of Manuel Neuer, Philipp Lahm, David Alaba, Javí Martinez, Bastian Schweinsteiger, Thomas Müller and Toni Kroos are all likely to settle in  seamlessly, too.

Admittedly, though, questions remain about Bayern’s frontline: Zlatan Ibrahimović stung Guardiola’s one-time fascination with static number nines and Mario Gomez can be erratic, with Heynckes preferring Mario Mandžukić in 2012/2013; Arjen Robben lacks tactical discipline and Bayern have been better without him in 2012/2013; and while Franck Ribéry’s all-round game and tracking back have improved immensely, one wonders whether Guardiola will risk giving him one final chance to finally prove his world-class credentials with his pending court case.

Regardless, in the next three seasons, ultimately, Guardiola will hope to end Bayern’s current twelve-year wait for the Champions League and will have his sights set on at least matching Bob Paisley’s unmatched total of three European Cup wins.

So, like Mourinho with Inter, Guardiola has chosen a club where he can seamlessly continue his own philosophy to deliver ‘unexpected’ success in Europe: replicating three-years of undoubted adulation at another club in the process and potentially helping to seal his legacy as one of the most influential managers of all-time.