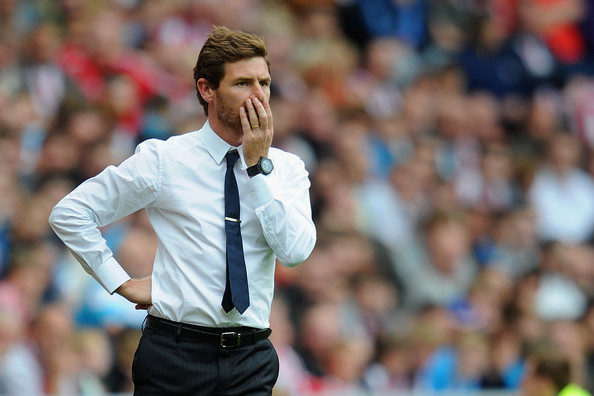 After a two week break, the Barclays Premier League returned this weekend as the season gets into full swing.

There were eight games down for decision on a bumper packed Saturday as Arsenal hammered the sorry Saints, United overcame Wigan, Villa and Fulham recorded impressive victories and Chelsea, Liverpool and City were all held.

The Andre Villas Boas revolution at the Lane seems to be gathering momentum as Tottenham outclassed Reading on Sunday and in the Monday Night Football, Everton drew 2-2 with Newcastle in an action filled game at Goodison.

Patrice Evra’s position at Old Trafford is under severe threat

The French international may have missed United’s comfortable 4-0 win over Wigan on Saturday through injury but his omission may be a sign of things to come if Evra doesn’t improve his performances considerably.

The 31-year-old was forced to watch from the stands as recent recruit Alexander Buttner enjoyed a dream debut at left back as he won over the Old Trafford faithful with an impressive display which was capped off with a game sealing goal. If Evra doesn’t regain the form which he produced in his first couple of seasons in Manchester then he may well find himself watching from the bench a lot more often.

The Red Devils recorded their first real convincing victory of the season but they are yet to hit first gear which will come as a real worry to their title challengers considering Sir Alex’s charges are just one point off the summit and already ahead of rivals City and Arsenal.

Arsenal can cope without RVP

After weeks of endless speculation about whether Arsene Wenger did the right thing in selling both Robin van Persie and Alex Song this summer, the Gunners have got their season up and running with two impressive victories on the bounce and remain unbeaten. Saturday’s demolishing of Southampton at the Emirates emphasised that the arrival of Podolski and Carzalo in particular might just soften the blow of van Persie’s departure.

In the 6-1 win, Gervinho scored twice while both Lukas Podolski and Theo Walcott scored one goal each. Other attacking players such as Santi Cazorla, Alex Oxlade-Chamberlain and Aaron Ramsey also contributed to a steady flow of scoring chances throughout the match.

The Gunners have conceded just one goal thus far and as well as being lethal in attack, Wenger’s side might just have found some defensive solidity and organisation under the guidance of Steve Bould. However next week’s trip to the Ethiad will be a real test of their credentials and will provide us with a bench mark of their realistic aspirations for the campaign.

Fulham have pulled off a major coup

He was a transfer target for Italian giants Juventus and Fiorentina as well as other clubs during the summer but Fulham came out on top to secure the signature of Dimitar Berbatov. The signing of the Bulgarian international is a major coup for the South West London club as they have not only captured one of Europe’s best strikers but have softened the blow of losing Dembele and Dempsey.

The 31-year-old showed his class during his home debut on Saturday as Fulham continued their solid start to the campaign. The tall, laid back but exceptionally smooth customer scored twice and at just £4 million is a real bargain for Martin Jol and the Craven Cottage club.

Liverpool are still without a win in the Premier League this season after they needed a Luis Suarez equaliser to take a point off Sunderland, with the Reds still getting up to speed in the Brendan Rodgers era. The Reds controlled large periods of the game but found themselves trailing at the break thanks to their continued inability to find the net. Apart from Suarez who has scored twice this season, you can’t really see where the goals are coming from for the Anfield club.

It’s going to take some time for the players not only to understand what their manager wants from them, but also to be comfortable and confident enough to put it into practice on the pitch week in and week out. It’s coming slowly but surely for Liverpool but they need to start grinding out victories in order to keep up with the top six.

Raheem Sterling is a real talent

Sterling has excited football fans across the globe with some fantastic performances already this season and the flying winger once again shone this weekend. The 17-year-old has proven to be very useful on the right wing, enough to push Stewart Downing onto the bench and hold his own despite his inexperience. An England call-up has been his reward for a stellar start to his Liverpool career, and Rodgers will hope he can continue to bring the best out of the explosive winger.

Performances of great maturity and composure against Man City, Arsenal and now Sunderland have justified the cries for the 17-year-old’s inclusion. He’s not afraid to run at opposition defences when given the chance and works incredibly hard up and down the flank.

If the youngster can keep this level of performance up across the rest of the season then Liverpool will have unearthed their first home-grown gem since Steven Gerrard.

Andre Villas-Boas is not going to make the same mistakes

It seems that AVB has learned his lessons and is determined not to make the same mistakes at White Hart Lane as he did at Chelsea. The 34-year-old has opted to stick largely with the same side that brought Harry Redknapp success over the past few seasons instead of making radical changes in personal and style as he did at Stamford Bridge. The likes of Lloris, Dempsey and Adebayor have had to settle for a place on the bench over the past few games despite arguably being superior players to those who have started.

The general consensus was that the Portuguese tactician made too many changes too quickly at the Bridge and thus resulted in his downfall but after Sunday’s victory over Reading, it seems the AVB reign in North London could be gaining momentum.

Southampton and Reading will concede too many goals to stay up

It’s been a baptism of fire for two of the three promoted sides as they have found the going tough in the opening few games in the top flight. Despite spirited performances against United and City, the Saints are pointless from four games and have already conceded fourteen goals which is a real worry for Nigel Adkins. Nothing less than a victory at home to Aston Villa next week will do for Southampton or they may well be prime relegation candidates after just a handful of games.

While Reading were defensively woeful in their disappointing defeat to Tottenham on Sunday and Brian McDermott’s side have a lot of work to do if they are to even ponder remaining a Premier League club next season. Perhaps the most worrying factor for the Royals was the fact that Jermain Defoe, who was playing the lone striker role, ran rings around their two centre backs who have very little experience at this level.