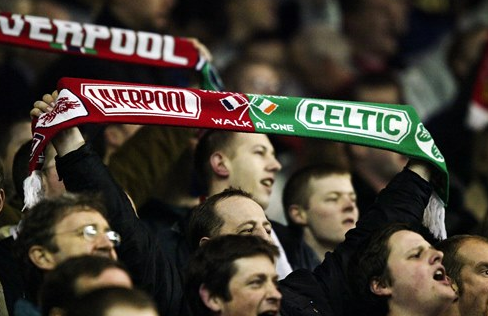 One Saturday a few years ago, the wise men of Transport for London decided to shut Archway tube station just as roaming hordes of Gooners descended on it after a drab goalless draw against some team or other.

Having sampled all one local publican had to offer either side of the game my eyes were drawn to the Lion, a pub opposite the station I’d never been in, for a final raise of the elbow while they cleared the cattle from the northbound platform or whatever they were doing down there.

I was evidently the only one brave enough to settle on this as a time-killing tactic, as apart from me the pub was stuffed with green-blooded Irishmen and sod all else. They eyed me balefully. I sat with my Guinness, and kept my head down.

Then the Irish national anthem started up on the TV – turns out it was the final of some epic hurling tournament that day. Everyone stood up. Half of them stared at me. I stood up. There was singing from some sections of the pub and groaning from mine. When the two giant Irishmen next to me asked me where I was from, I replied – don’t ask me why, never been there – ‘Am fae Falkirk’, in a bad Scottish accent. My new friends were immediately pacified, and my drunken mind celebrated dodging what seemed a certain shoeing (but was of course almost certainly nothing of the sort).

Through my beer-drenched eyes Falkirk appeared to have saved my life that day, and the Bairns duly became my ‘second team’. Or more accurately one of many second teams I seem to have picked up over a couple of decades.

The phenomenon of the second team seems to be unique to football. You don’t often see a rugby fan in a Leinster jersey admitting he has a soft spot for Biarritz, any more than you’d expect a Somerset fan to spend a spare day in Canterbury finding out how Kent’s new slow left-armer is getting on. And yet throw the name of a League One team into a pub conversation among Premier League fans and you’ve a one in five chance of someone claiming that’s their ‘second team’.

How does one settle on these second teams? The ways are as many and varied as a bag of budgies.

Some people pick up second teams from overseas to minimise the chances of favourite teams meeting one another. Someone I know actually adopts a team from every city he visits that he likes – and he travels a lot – going so far as to buy a shirt of each. Beware this tactic, as it leads to a drawer of barely worn shirts from such random footballing outposts as Helsinki (HJK), Melbourne (Victory) and Cape Town (Ajax – really, look it up). He reports that his FC Honved (Budapest) shirt really chafes at the neck so don’t get the 2002-03 edition whatever you do.

Apart from Falkirk, I myself can claim at least a few others I’ll follow to various extents. St Etienne for example, as I once nearly died on the staggeringly steep steps of the Stade Geoffroy-Guichard watching St Etienne spank Le Havre 4-0, because my uncle lived nearby. I have a soft spot for Shamrock Rovers, because when I saw them play Spurs in Europe on the TV a few years ago I heard their fans directing some genuinely special songs at Harry Redknapp. I also have Borussia Moenchengladbach, because of this –

Oh and the Philadelphia Union, because I bought John Madden ‘92 on the Megadrive 22 years ago and I never said this was meant to make any sense.

Yes, the reasons can be genuinely bizarre. I’ve a mate who’s managed to pick up Palermo as his second team, for the sole reason that he’s obsessed with reading about the mafia and Sicily seems to be where all that kicked off. When our well-fed chum rolled up to a five-a-side game wearing his brand new, bright pink and very tight Palermo shirt, he didn’t need to threaten to ‘whack’ us given we were all dying of laughter anyway.

Family ties are behind many a football allegiance as we know, but if your dad has spent every other Saturday for years watching Sittingbourne FC and all your mates at school are on about Chelsea and Manchester United, well, family loyalty can only stretch so far, but you’ll always look up the Brickies’ results in the local rag. Another mate loves the story of his grandfather spending his childhood watching football on Paignton Common in Devon, but try to get him to give up his Spurs season ticket for 23 games at Plainmoor and he’ll be off down Blackhorse Road before you can say ‘but you might get to meet Helen Chamberlain!’

In many ways this second team business could be regarded as patronising – my proper, proper second team is Brentford, and when I’m at Griffin Park I can think of no surer way of earning the disgust of Bees fans than confessing I’m actually a day-tripper come to see how the little-uns are getting on. That said, if having a second team encourages people to pay to watch lower league football, it’s hard to see how that’s a bad thing – a university mate took me to a Bees game in 1996 and I must have been 50 or 60 times since, in addition to the season ticket to the other lot.

But it’s absolutely vital to give it careful thought, as there’s considerable potential for ignominy. Back in the carefree school days of the early ‘90s, I couldn’t have imagined any harm in picking the club I originally settled on as my second team: that little-known, hard-up comedy outfit known as Manchester City.

4 thoughts on “Second side syndrome – picking up another team”