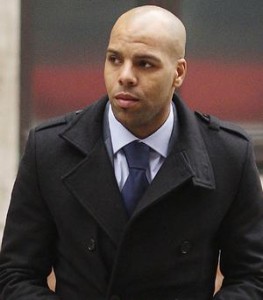 The career of Marlon King demonstrates perfectly the conflicting convictions and beliefs of those involved in football, ranging from those who will disadvantage themselves in order to maintain an agreed moral standard at their club, and those who will be pragmatic and open to all options  in their journey towards achieving their goals.

Before his conviction in 2009 for sexually assaulting a woman in a nightclub, King was a successful Premier League striker for Watford, Wigan, Hull City and Middlesbrough, as well as a Jamaican international. However, at the time of his conviction, his employers Wigan Athletic were unable to look past his crimes, willing to write off the £3 million they’d paid for King’s services and sack him, with owner Glenn Whelan stating that he was “finished with football at Wigan Athletic”.

This was a move that wasn’t copied by his former club Gillingham in 2002 when he was sentenced to five months in prison for handling a stolen car, when he emerged from jail to re-join The Gills, and subsequently earned himself and his club lucrative transfers to Nottingham Forest and Watford. This stance was also taken up by Coventry City, Birmingham City and Sheffield United following King’s release in 2010, for which he contributed a total of 103 appearances and 42 goals for the three clubs.

All three clubs took advantage of the fact that because of Marlon King’s past he was ruled out as an option for the majority of football teams who weren’t willing to take a chance on him or risk the wrath of their fans, and so was an untapped and undervalued asset who proved a successful acquisition. At Coventry City in particular there was outrage by certain sections of the fan base at the signing of the striker, but there was also anger when he finally left after a season including 12 goals in 28 games to join Birmingham City.

Why are football fans so against the idea of hiring ex-convicts to play for their clubs? In British society our criminal system is supposed to work by rehabilitating criminals into everyday life and accepting them back into the job market as free people having served their time, but this isn’t a route many are willing to extend to footballers. It has only been through the pragmatism of football chairman who have offered contracts to men like King, striker Lee Hughes (who returned to Notts County after three years in prison for death by dangerous driving) and possibly Ched Evans.

Ched Evans, the former Sheffield United striker and Welsh international, was convicted of rape in 2012 and sentenced to prison. Reports this week have suggested that his old club could come back in for him and offer him a contract in the summer. In response 60,000 fans have created a petition addressed to chairman, Kevin McCabe, claiming that to sign Evans would send out the wrong message to young and female fans. An extract reads:

For the male leaders of the club to endorse him and “welcome him back” is an absolute humiliation to all women who expect the men who commit gross acts of violence against women to pay for what they have done and part of that is relinquishing the celebrity they attained, and in this case used as a tool to facilitate the violence.

Although fans can’t be criticised for the way they feel, this statement does suggest that they feel they should be allowed to exact their own punishment upon Evans and aren’t satisfied with the punishment he has already experienced. It is fair to say that if clubs employed a similar tactic towards who they allowed to attend matches at their stadium, there would be a very different reaction.

In the end, it is the pounds which will decide what happens. This season has demonstrated on numerous occasions that chairman and owners care very little for the thoughts of fans, and if the numbers add up, then any moral obligation can be carefully manoeuvred past and forgotten.