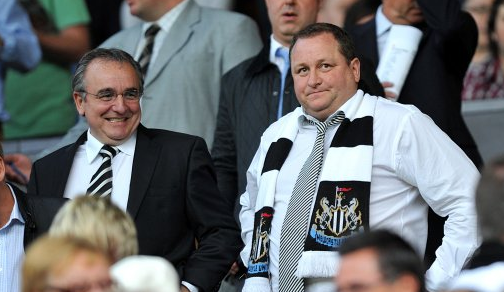 Newcastle retained their Premier League status with ease last season; finishing 12th in their first season back in the top flight having been relegated in the previous campaign – one point more and the Magpies could have recorded at top ten finish on goal difference.

At one stage last season it looks as if it was going to be an unmitigated disaster for the Magpies when they sacked then manager Chris Hughton – the man who led them back to the Premier League – after a spate of poor results. The board cited that they were looking for a man “with more managerial experience”. Three days later they appointed Alan Pardew as manager on a five and a half-year deal.

The controversy looks set to continue into this season – with Joey Barton being made available on a free transfer after criticising the club on Twitter. The future of defender Jose Enrique also looks to be in doubt and with Andy Carroll being sold last January, Kevin Nolan dropping down a division to West Ham – it could be a long season ahead for the fans.

Keys to the season

The main fear that grips most clubs having being promoted and retaining their top flight status in the first season is the threat of being relegated in the next campaign – or as it is more commonly known – ‘second season syndrome’ . A word best used to describe Newcastle’s form last season would be erratic – from giving out thrashing 5-0, 6-0 and 5-1 to West Ham, Aston Villa and Sunderland respectively – to being trashed 5-1 and 4-0 by Stoke. Then who could forget the 3-1 victory over Liverpool, along with that incredible 4-4 draw with Arsenal – where the Magpies came from 4-0 down.

As well as finding some continuity when it comes to results, a clean bill of health will also be vital. Hatem Ben Arfa who showed early glimpses of quality was injured and ended up missing the whole of last season. It is hard to argue that it is also vital for the club to keep it together off the field – musings from Joey Barton and other players suggests that there is discontent at the club.

The team There was no love lost between the fans and Andy Carroll when he was sold to Liverpool for £35million last January – during the close season – Alan Pardew has been shrewdly reinvesting and has opted to avoid the British transfer market, instead looking towards France for his summer signings. Pardew has bolstered his squad ahead of the new season with French midfielders Yohan Cabaye and Sylvain Marveaux, along with Mehdi Abeid – couple those with the signing of striker Demba Ba on a free from West Ham. The Magpies usually favour a 4-4-2 line-up by did rotate between that and 4-4-1-1 on occasion last season. Without the likes of Barton and Nolan it will be interesting to see how some of the new signings step up to the plate.

Demba Ba – the Senegalese international made his Premier League debut for West Ham last season on Feburary 6th, yet still managed to score seven goals in 12 games to become their top scorer for the season as the Hammers for subsequently relegated. Having lost Andy Carroll, and Kevin Nolan – last season’s top scorer with 12 goals – Ba could well be a key player if he links up well with Shola Ameobi.

The Magpies kick their season off with the Gunners – whom they played out that thrilling 4-4 draw against last season – before squaring off against north-east rivals Sunderland. A mixed bag of fixtures for Newcastle, but they should be happy with six of more points from those opening fixtures.

There’s a lot of Premier League clubs that are considered to be mid-table clubs this season but there isn’t room for everybody in that area of the table. For various reasons off the field, I believe Newcastle could struggle and possibly flirt with relegation this season, but should be safe. 14th