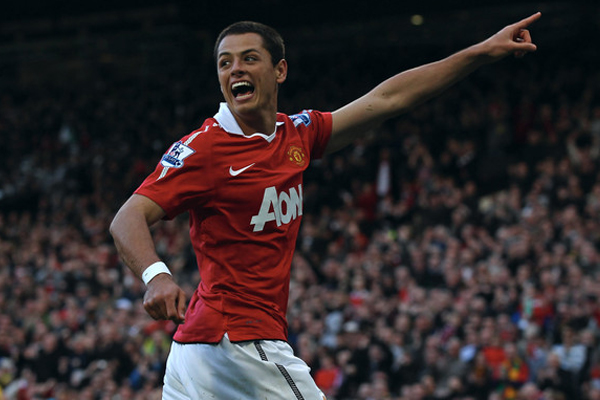 Surpassing Liverpool’s title haul may have been a fitting denouement for Sir Alex Ferguson to settle into his saddle and ride out into the sunset to the nearest race course, but the achievement was tempered by another comprehensive defeat at the hands of Barcelona in the Champions League final. For Ferguson, bowing out on failure just won’t do.

And so he has presided over a busy summer refining a squad previously ridden with deadwood and over-reliant on elder statesman, relishing the Catalan challenge on foreign shores and the mounting threat of those noisy blue neighbours domestically.

More out than in. An era is on the brink of ending now that Paul Scholes has joined Gary Neville in retirement whilst flogging Wes Brown and John O’Shea – two youth products who had outlasted their sell-by-date – has torn out a large cut of fabric from the club. Darron Gibson and Tomasz Kuszczak are up for sale and it’s likely that Ferguson would not discourage offers for either Federico Macheda or Mame Biram Diouf.

Priorities haven’t been addressed via the acquisitions of Phil Jones and Ashley Young, although their home-grown advantage aside, United needed a winger adept at set-pieces while the exits of O’Shea and Brown, as well as Jonny Evans’ relapse, makes Jones a present and prospective asset. De Gea too is another example of United recruiting players under 25 and although a terrific prospect, represents a gamble given his 20-years of age, which should make the switch from calmness personified Edwin van der Sar jarring.

A goalkeeper was required, but more so inarguably are a couple of midfielders. Since Ferguson signed Anderson from FC Porto in 2007, he has spent over £140m on 14 players and not one is a midfielder. Which is astonishing not merely for the 0-in-14 ratio but because it is a position that has yearned for a spark for almost three years since Owen Hargreaves’ tendinitis wreaked his Old Trafford career. Ferguson has spoken about a lack of value in the transfer market the past two years but as a delegate of the loathed Glazer family, he is kidding nobody. For every £35m for Andy Carroll, there is £12m for Wesley Sneijder, £8m for Rafael van der Vaart, £2.5m for Ibrahim Afellay, £6m for Nuri Sahin etc. etc. The murky Bébé deal (£7m) makes his opinion all the more insulting towards supporters.

United can’t rely on just Wayne Rooney and occasionally Ryan Giggs (sporadically effective at that) to weave magic as often and luckily as Harry Potter, which means one of Sneijder or Samir Nasri is ideal. And recalling the XI for the Champions League final, it was complacent not to field someone in the destructor role. Darren Fletcher, besieged by a lack of fitness and form, was an unused substitute and remains United’s only defensive midfielder, so it’s especially pressing that Ferguson beefs up that area since Fletcher is still downtrodden by a virus he picked up in March. Given Real Madrid’s cluttered midfield roster, bringing in Lassana Diarra would be an astute and Premier League proven problem-solver, Javier Martínez even better.

Last season’s Youth Cup-winning midfield triumvirate of Ryan Tunnicliffe, Paul Pogba and Ravel Morrison are United’s outstanding Great White Hopes. Embodying the skill and tenacity to be a Manchester United midfielder, the first-team’s malaise in that field coupled with the trio’s understanding of one another’s game presents an auspicious future individually or collectively. Tunnicliffe, a tough-tackling character in the Roy Keane mould, has been loaned out to Peterborough whereas Pogba has bulked up over the summer to strengthen his 6 ft 1 in frame and will likely receive run-outs in the League Cup and possibly the Champions League group stages.

Morrison is the most naturally gifted yet also the most troublesome. In February he admitted two cases of witness intimidation and has been the subject of assault allegations against his mother and girlfriend. He has also been attending anger management classes and less seriously, he tweeted his dismay at the club’s mundane end of season awards dinner via Twitter, yet Ferguson has shed his tyranny and ruthlessness to give the Wythenshawe attacker more lives than a cat in a bid to harness his prodigious talent.

When Ferguson claimed that he knew ‘what went wrong’ in the 2009 Champions League final against Barcelona in Rome, few expected to witness a worse final performance two years later. United had a chance in 2009 and no chance in 2011.

This was chiefly due to Ferguson’s aversion to sign a world-class midfielder while his cluttered roster regressed. It was telling that Michael Carrick and Anderson were the only out-and-out midfielders to board the plane for the tour to the United States, yet that Ferguson has shown substantial interest in Nasri and Sneijder, indicates that he is prioritising silk over steel when perhaps it should be vice versa.

United’s systems the last two seasons have been tailored around Rooney, but now finally he is being deployed in the number 10 position he was born to covet and has effectively emerged as an ulterior playmaker. Two from Young, Nani, Ji-Sung Park and Antonio Valencia will provide width while two midfielders will hold from deep in what could realistically be a 4-2-3-1 formation. Holding on will likely be Carrick and Anderson, with the former sitting in front of the back four while the latter is allotted license to play further forward as a fifth attacker, as United seek similar performances to his crucial man-of-the-match display at home to Everton last season, when his vision and promptness eventually led to Javier Hernández’s late winner. As an alternative from the rigid and traditionally favoured 4-4-2, 4-2-3-1 offers United the flexibility to revert to a more direct 4-2-2-2 and still have Rooney aid the midfield in defending.

Although in exceptional circumstances (Barcelona) it would be prudent to start Rooney as a lone striker. Despite him possibly greeting such news with a sigh, his prolific 2009/10 season saw his most memorable displays come when flanked by Nani and Valencia, so although on the rare occasion his creative exploits may be curbed, it augments his potency.

The caveat however is that there is not enough steel within this squad, let alone the first XI. Carrick is disciplined but not a destructor, whereas Anderson’s ability should be harnessed in the final third as opposed to his own equivalent. Much depends on identifying someone outside of the club to make United more competitive centrally, or else they are prone to being bullied with ease, such as they have at Anfield the past three seasons.

Wayne Rooney. August to January last season was a write-off for United’s talisman as alleged philanthropy, wretched form and avarice pushed him towards the exit at Old Trafford until Ferguson’s intervention superseded Paul Stretford’s advice. Yet he kick-started it spectacularly with that goal against Manchester City, forged a fruitful partnership with Hernández, hit the title-clinching goal at Ewood Park and shone in the Champions League final. He is indisputably United’s best player, but now that he has been positioned in his niche role the onus is on him to be creator and goal scorer whereas previously he was instructed to do one or the other. Should a playmaker arrive, Rooney’s role immediately alleviates pressure on him to shoulder the burden of craft.

United under Ferguson pride themselves on their form in the second half of the season following the traditional slow start, but one senses they can’t afford to be so frivolous this time. After the aforementioned five fixtures, they play Liverpool (away), City (home) and Everton (away) before Halloween. Spooky.

On the home front, anything other than champions will be viewed as an underachievement. Not only is that one of United’s mantras, but their squad is stronger than last season’s semi-miraculous league triumph. Much hinges on the central struggle though, since if Ferguson signs that long-overdue quality midfielder then United will be a force to reckon with on the continent as well. Otherwise domestic bliss is all they can hope for. Unless they avoid Barcelona. 2nd