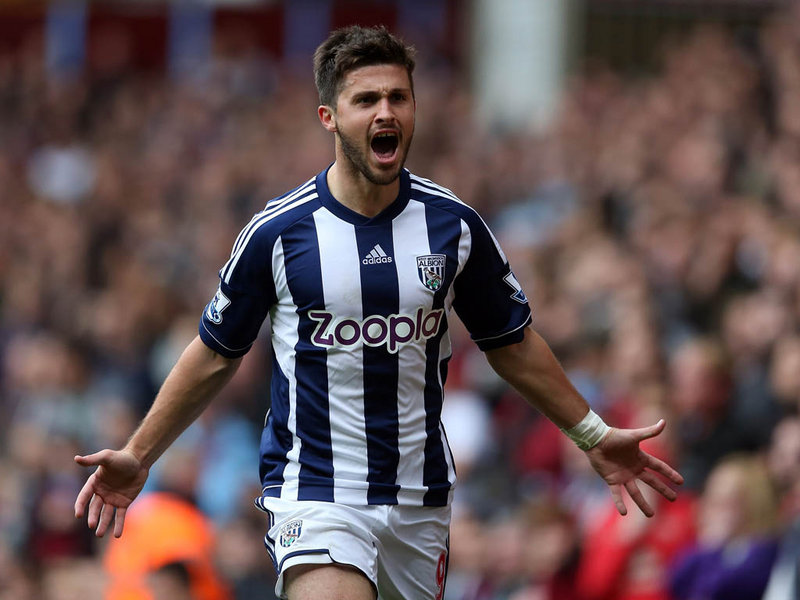 Last season was truly a tale of two halves for Steve Clarke’s West Brom. After a strong opening half to the season, which included victories against Liverpool, Everton and Chelsea, the Baggies’ form dropped dramatically, picking up just 16 points from 19 games. Though despite this, the side were still able to finish the season in 8th place; their highest Premier League finish to date.

Even with such an impressive finish in his debut season as a manager, Clarke is unlikely to allow himself to simply ignore the poor form from January onwards. Whilst the loss of the sides top goalscorer Romelu Lukaku also presents him with added problems.

The Baggies have been able to respond to last season’s drop in form in the best way possible having enjoyed a relatively successful pre-season with five victories; including a recent 2-0 victory over Serie A side Bologna. The team have been impressive in front of goal, scoring 15 goals, whilst also remaining responsible at the back having conceded only 4 goals in 7 games.

However, with sides such as Swansea, Southampton, Norwich and West Ham having strengthened well this summer, it is likely to prove tough for Clarke to manage his side to 8th again – a top half finish is looking unlikely in all honesty. The challenge for the Scot may prove to be whether he can at least keep the Baggies away from a relegation battle and in the comfort of mid-table.

Whilst they did manage to finish in 8th last season, they still finished closer to 17th placed Sunderland than 7th placed Liverpool, with a difference of just 10 points between them and the relegation threatened side. With that in mind, the club should still be looking at avoiding relegation as the primary target before looking towards any other season goals. 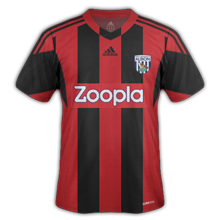 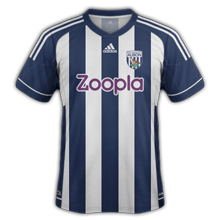 Steve Clarke has faced a tough challenge finding strikers that could replace Lukaku’s 17 goals and veteran centre forward Nicolas Anelka, whom Clarke previously worked with at Chelsea, was the first player brought in to help fill the void. The Frenchman was always unlikely to be the only striker to arrive this summer, especially with striker Marc-Antoine Fortune having left the club – with the troublesome Peter Odemwingie also heading for the exit door.

Even more experience has been added with the arrival of Uruguay captain, Diego Lugano from PSG. The central defender arrives having had a limited amount of game time in the past 2 years whilst issues regarding a serious lack of pace have been raised in light of the transfer. Although, in Lugano West Brom are getting a steady performer who will be able to draw on a wealth of experience as he looks to adapt to the Premier League and strengthen the Baggies defence.

Udinese’s Matej Vydra is the most recent new arrival to the club with the striker joining on a season long loan. The 22-year old enjoyed a successful loan spell at Championship club Watford last season, scoring 20 league goals and being named Championship Player of the Year. Many will hope he can now make the step up and repeat such form in the Premier League.

It is expected that more additions will be made between now and September 2nd. Following the failure of a move for former Chelsea winger Salomon Kalou, Manchester City’s Scott Sinclair has been heavily linked with a loan move to the Baggies with the winger having been deemed surplus to requirements at the Etihad.

Towards the end of last season, Clarke began to experiment with the use of a 4-3-3 formation as he looked to stop the rot during West Brom’s disappointing run of form and pre-season has seen the continued use of this system.

Anelka, Long and Brunt are likely to be used as the first choice front three, although Rosenberg’s impressive pre-season form may see him given the nod ahead of club captain Chris Brunt. Whilst new arrival, Vydra’s ability in all positions in the front three adds further competition for places in the Baggies frontline. The arrival of Scott Sinclair will only add to the fierce competition for places in the side’s attack.

A midfield trio of Claudio Yacob, Youssouf Mulumbu and James Morrison picks itself with Morrison being given the freedom to get forward with the reliable pairing of Yacob and Mulumbu operating behind him in the holding roles. At times the side may well practically be playing with a 4-2-1-3 set up.

The Baggies defence isn’t exactly blessed with pace – far from it – and with Lugano playing, the backline is likely to find itself playing a very deep line at times.  It will be a weakness that teams will hope to get the chance to exploit and one that Clarke, one of the best defensive coaches around, will continue to prepare against.

England international goalkeeper Ben Foster has enjoyed three impressive seasons since he left Old Trafford. His shot stopping is up there with the best in the league, although he is still accustom to the odd lapse in concentration and subsequent error. Even so, he heads into his third year at the Hawthorns still clutching the number one spot strong.

Rather than one player; key for West Brom will be the central midfield partnership of Claudio Yacob and Youssouf Mulumbu. The two have proven to be very effective in bringing a sense of order in the middle of the park for the Baggies.

Last season, the side had a win percentage of 43% in games in which the two started together – in comparison to a meagre 27% in games in which they did not. The strong defensive capabilities of both allows for pressure to be alleviated from a deep Baggies backline, whilst the two have also shown decent ability on the ball with both averaging a pass success rate of well over 80% last term.

At times it can be a thankless job in central midfield but it is the willingness of both Mulumbu and Yacob to keep it simple that allowed for some impressive performances and results from Steve Clarke’s men last season. And it will undoubtedly prove just as key this time round.

He may not be able to make up for 17 goal man Romelu Lukaku, but new arrival Nicolas Anelka will still be able to have a big say in West Brom’s season.

It has been an impressive start to the Frenchman’s return to English football, with 7 goals during pre-season. Whilst it is doubtful he will be as astute in front of goal throughout the competitive season; he will still be able to draw upon a wealth of experience and technical ability to aid a front line that is thin on the ground in terms of goals with Shane Long and Markus Rosenberg contributing just 8 goals between them last year – Long having been the scorer of all 8.

West Brom will hope for a start as impressive as last season, when they were able to pick up 11 points from their opening six fixtures. Whether they will be able to is another story though. Poor form towards the end of last season is likely to play a part as the Baggies open up their campaign. Good early home form will be important with tough away fixtures to Everton, Fulham and Manchester United.

It is likely to be a tough season for the Midlands club. The loss of Lukaku will be emphatic. With rivals strengthening well and the possibility that last season’s poor form will play a detrimental role during the start to this season, the Baggies may well find themselves teetering between a relegation battle and mid-table.