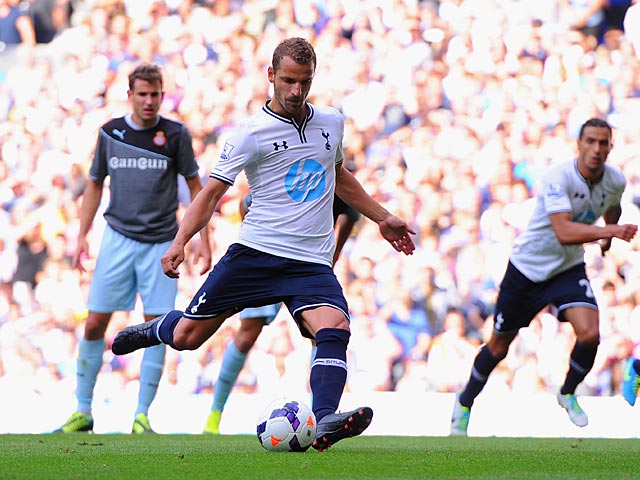 With the new season less than a week away uncertainty still clouds White Hart Lane over the future of talisman Gareth Bale. The potential loss is obvious. Bale was not just the standout performer in North London last season, but the stand out performer nationwide. Voted  PFA Player of the Year by his peers, and plundering 21 goals as he single handedly kept Spurs in the battle for a Champions League spot.

Even with the addition of Roberto Soldado it’s difficult to see the Lilywhites breaking into the top four again if the flying Welshman did depart. There is the small matter of the sizeable transfer fee they would receive but time’s running out to reinvest it and make further additions, assuming they would receive a significant proportion upfront.

Last season was viewed as a transitional one as Andre Villas Boas took over the reins from Harry Redknapp, but Daniel Levy and the Spurs hierarchy will be expecting the former protégé of the late Sir Bobby Robson to push Tottenham on this season. Especially given that the gruff voiced mini-Mourinho has been given significant backing in the transfer market over the summer. 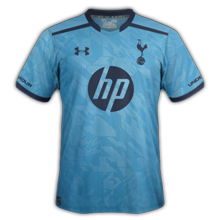 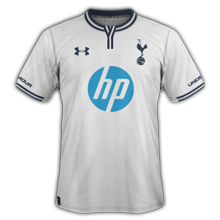 Well Villas Boas has a striker besides Jermaine Defoe who will actually show a genuine interest in his sides’ fortunes week in week out after the signing of Roberto Soldado from Valencia. The Spaniard effectively replaces Emmanuel Adebayor who unfortunately for Spurs fans delivered about as often as an intermittent postman. Perhaps a slightly surprising mover through the exit door was Clint Dempsey who returns to his homeland to play for Seattle Sounders in the MLS. The American enjoyed six successful years in the Premier League, and looked to have settled well at White Hart Lane following his move from Fulham. Continuing the Belgian World takeover in footballing terms is Nacir Chadli, who joins compatriots Jan Vertonghen and Moussa Dembele at the Lane.

Etiene Capoue has also bolstered the ranks, arriving from Toulouse for a reported £8M which on first glance seems a decent piece of business once again from Daniel Levy. He’s a versatile midfielder who can also be slotted in to defence, which could prove handy as Spurs look a little light at the back after departures and the untimely injury of Belgian lynchpin Vertonghen.

Levy who reportedly has concerns over Real Madrids’ ability to fund their tabled offer for Gareth has had none such issues with expenditure as nearly £60M worth of new talent has been brought in.

It looks to be between Spurs stalwart Jermaine Defoe and new boy Roberto Soldado for the coveted striker spot, assuming AVB sticks with the 4-2-3-1 formation from last season. With Dempsey gone, Bale may be pushed inside more centrally as the American often occupied a role behind the front man last season. With Chadli and Aaron Lennon on the flanks that perhaps looks the most likely option. A surprise departure was Stephen Caulker who left for Cardiff. The young Englishman looked likely to stake a decent claim for a first team spot given the release of William Gallas, and his impressive 26 starts last season, only three less than Club captain Michael Dawson. With Vertonghen injured for at least the first month of the new campaign it Caulker would surely have been called upon, but perhaps the lure of guaranteed consistent starts proved too strong.  Once the Belgian is fit it now looks as if it will be a fairly settled back four of Walker, Dawson, Vertonghen, and Kyle Naughton/ Benoit Assou-Ekotto, with Naughton switching to centre back in the mean time.

AVB did use Adebayor and Defoe together at times last season and it would certainly be interesting to see the latter paired with the new La Liga import Soldado.

Interesting stat: Gareth Bale averaged a goal or an assist every 100 minutes last season, in all competitions.

The tactics are, as indeed are Spurs’ fortunes, subject to change if Bale does depart for sunny Spain (or Old Trafford-longshot). AVB would perhaps then revert to something akin to the 4-3-3 he employed at Chelsea, and Porto previously, with Lewis Holtby, Dembele, new Brazilian import Paulinho, and fellow Brazilian Sandro fighting it out for a midfield spot. This system could push Scott Parker further down the pecking order with the one-time England international more likely to start in the 4-2-3-1 system.

The Welsh lad, I forget his name.

No in all seriousness of course it’s Gareth Bale again isn’t it. Without him Spurs would have lagged far behind in the top four battle and he dragged his side to three points time after time when it looked as if they would slip up. Though not far behind Bale himself is Jan Vertonghen. The Belgian enjoyed a hugely impressive first season in the 2012/13 campaign and has become a real mainstay of the Spurs’ rearguard. A handy contribution of six goals from the back was an added bonus too, and the former Ajax man will be a vital component once again of the side for the new season once he recovers from his current knee injury.

Bale was phenomenal last year, unstoppable at times, but if he does go big Jan will be doubly important in terms of leading by example and building on his excellent first season in London.

Nacer Chadli. The 23 year-old who has 14 Belgian caps to his name arrives from FC Twente where he notched 31 goals in 106 games for the club. Tottenham fans may remember him as he scored twice against them back in their 2010/11 Champions League campaign. With Belgium producing impressive player after impressive player right now he’s certainly another to keep an eye on, and at an inch over six foot you won’t miss him out on the wings.

A brilliantly diversified opening with maximum emotional stimulus required in two particular intensified situations. That was my best AVB impression by the way. Some fairly gentle lobbers punctuated by two toe crushing Yorkers in Spurs’ opening half dozen, and a bit of a googly in Swansea for the first home game on the second week-end. That’s followed by the standout visit to the Emirates on August 31st, whilst subsequent clashes with Norwich (h) and Cardiff (a) are the warm up acts for another encounter with his old employers at Stamford Bridge. It’s Crystal Palace at Selhurst Park first up though and you’d expect last seasons’ fifth placed side to secure maximum points.

Even with Gareth Bale’s assistance I think Spurs will struggle to improve on their position from last season. Bale could hardly have been more influential and it still wasn’t enough. 21 League goals, but more importantly it was the match winner on no less than 9 occasions. Arsenal look like doing their usual trick of not really strengthening and still securing a coveted top four place. They, and Wenger, have the valuable nous and know-how which seems to see them through to the Champions League time and again, whilst there’s no way in my mind that AVB’s side will live with my predicted top three of Manchester City, Chelsea, and Manchester United. If Soldado settles well and scores at a rate of anything like his 30 in 46 games last season for Valencia he could potentially usurp the red half of North London though.