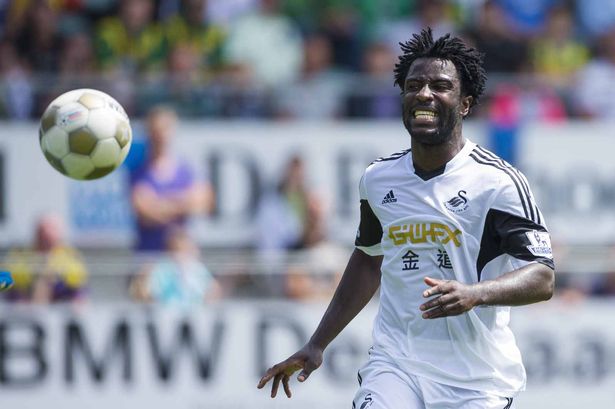 What a magical season 2012/13 was for Swansea City. Few would have predicted a 9th placed finish and a League Cup triumph at Wembley way back in August. Joe Allen, Scott Sinclair and manager Brendan Rodgers had all departed the Liberty and in was Michael Laudrup, a wonderful player but very much an untested manager. He brought with him players from La Liga, most of whom were virtually unknown but they were the ones who shone the brightest as Swansea defied all expectations.

With Michu leading the way Swansea blew away the competition and, alongside West Brom, were one of the surprises of the season. They stayed true to their philosophy of attractive football and since their success Laudrup has been linked with jobs at PSG and Real Madrid no less. Despite some minor disagreements the Dane has stayed in Wales and he will be looking to push Swansea into genuine contention for European qualification through the league. His main rivals will be Roberto Martinez at Everton and ex-Swans boss Rodgers who is now with Liverpool. The top five more or less picks itself in terms of the occupants if not the order but 6th place onwards is very much up for grabs. Finishing any higher than last season will be a mammoth achievement by Laudrup and his players but the former Barcelona and Real Madrid star will be relishing the challenge. 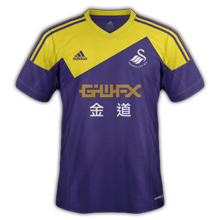 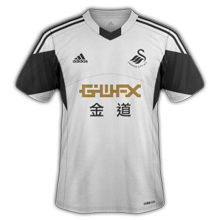 Despite last season’s league success Swansea have once again dipped their toes into the transfer market, signing five first team players already. The most expensive of which is club record signing Wilfried Bony, who arrives from Vitesse for £12 million. The man nicknamed “Daddy Cool” racked up 31 goals last season in the Eredivisie and he seems to be the perfect player to take the pressure off Michu.  The Spaniard started to wane towards the end of last season, he only scored five times after the New Year and a lot of that can be put down to Swansea’s over dependence. He isn’t a natural striker, he was just filling in and having an out and out forward like Bony could really help Swansea.

Midfielders José Cañas and Alejandro Pozuelo have both come in from Real Betis but they both operate in very different areas of the field. Cañas is a very defensive minded player who will give more freedom to Swansea’s attacking players whilst Pozuelo is a younger, more attack minded player. Another midfielder, Jonjo Shelvey has joined from Liverpool and his addition means that Swansea now have ten midfielders on their books, eleven if you count Michu.

Talented young defender Jordi Amat has also joined from Espanyol and the youngster has already appeared for the club, filling in for the injured Chico Flores against Malmo in the Europa League. Laudrup has already gone on the record stating that he has complete faith in his new young talent and it looks like Amat could become a mainstay in South Wales. The club have also signed three exciting young players in Alex Gogic from Olympiakos, Gregor Zabret from NK Domzale and Jernade Meade from Arsenal.

Swansea’s play last season revolved largely on a 4-3-3 with Michu leading the line and either Nathan Dyer, Pablo Hernandez or Wayne Routledge playing on the flanks. Their three primary central midfielders were Ki Sung-Yueng, Leon Britton and loanee Jonathan De Guzman (who has resigned on loan). This season there will be far more options for Michael Laudrup and it is hard to see who will start where. Michael Vorm will continue in goal whilst Angel Rangel, Chico and Ashley Williams should all start in the back four. Left-back is an interesting problem though; Neil Taylor was one of strongest players before his leg break but Ben Davies filled in admirably in his absence and he has probably taken over as first choice.

Michu could now be used in his preferred role of an attacking midfielder, playing off Bony which would give him more space to make late runs into the box. I imagine the central midfield will be rotated fairly freely in order to keep everyone fresh for the large number of games that the Swans will play this year.

Obviously Michu is the main man for Swansea but for me the one who really makes them tick is Jonathan De Guzman in midfield. Back for a second loan spell from Villarreal he is very highly thought of at Swansea and it isn’t hard to see why. With crisp passing and accurate shooting he is a big danger for sides and he is remarkably good from a dead ball as well. Swansea were said to be keen on bringing him in permanently this year but his parent club declined. If Swansea produce another stellar season it may well be too hard for them to refuse again.

Everyone will be keeping an eye on Michu and the partnership he forms with Bony but keeping Ashley Williams has been a huge boost for Swansea. Their captain has been the subject of a great deal of interest from both Arsenal and Liverpool but at the time of writing it looks like he is going to stay. He has improved immeasurably since his move to Swansea on loan back in March 2008. Keeping him is a massive for Swansea because whilst they have been talking about how everyone is replaceable in public the truth is that replacing Williams would actually be quite tricky. I’m sure Huw Jenkins he is mighty glad he hasn’t had to think about it seriously as of yet.

It would be fair to say that Swansea could have been given easier opening fixtures but the club is still on such a high that they will fancy themselves against anyone. First up they entertain Manchester United at the Liberty before they travel to White Hart Lane which is sandwiched between two Europa League matches.

After that they travel to West Brom before old boy Rodgers comes calling with Liverpool and their fifth match is in London to face off against newly promoted Crystal Palace. Realistically Swansea will be looking at a couple of wins and a few draws, if they can avoid defeat in their first five they’ll be laughing. They took some huge scalps at home last season and I’m sure they’ll be confident of doing the same again.

Unlike West Brom (who finished a place above them) Swansea have added a great deal to their squad and importantly they’ve added some real talent. Bony, Canas and Amat are all exciting prospects and I’m really interested to see what Shelvey can do there. I genuinely think that Swansea could finish in the European spots this year, I rate them that highly.